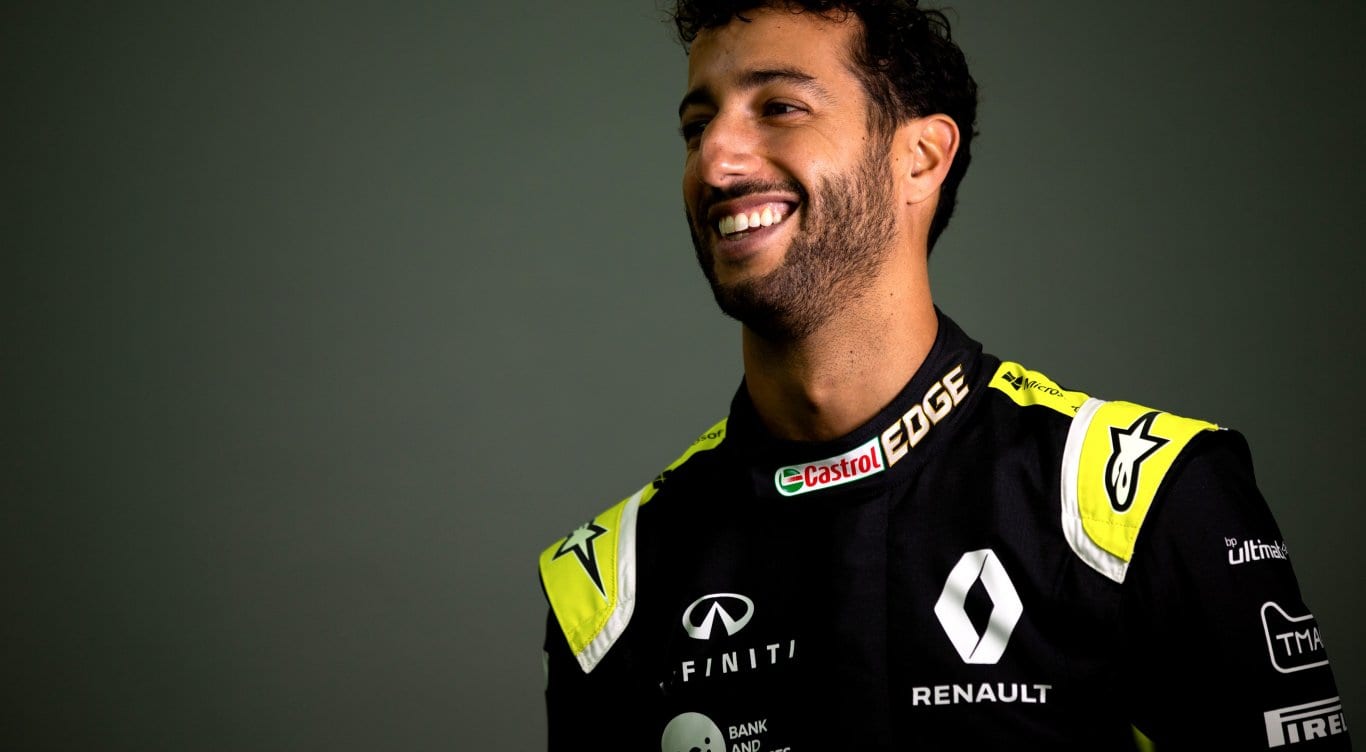 THERE IS NO MORE FAMILIAR SMILE in the heady world of Formula One than Daniel Ricciardo’s, the 30-year-old superstar from Perth, who is expecting a serious improvement from himself and his Renault team in the French marque’s R.S.20 during 2020.

“I think for me, growing up in Australia, growing up with sunshine, living close to the beach, it kind of just turns your personality into a bit of happiness.

“I’m doing my dream job and you have to be reminded – sometimes you get so competitive and so caught up in it that you do forget like a little bit of perspective.

“It is my dream job, I travel the world to drive cars in circles, which is pretty awesome.” “

Dan on The Daily Show, US hit talkfest.

But Renault and Dan must lift their game

The classy Aussie won seven races at Red Bull between 2014 and 2018, but didn’t finish on the podium once in his first season with Renault last year.

And while he and his new teammate Esteban Ocon, right, have their focus firm set on putting McLaren behind them on the grid throughout the season in 2020, Dan has his former Red Bull buddies and boss Christian Horner in the firing line.

Problem is, as widely predicted, the 2020 F1 Renault R.S.20 wasn’t available for the Paris launch last night, 9 o/clock Perth time! Instead this is what they offered at the opener on the Champs-Elysees at Groupe Renault’s flagship store, L’Atelier Renault – some ordinary piccies of Dan and Esteban, and a couple of glimpses of their challenger.

I doubt the lads were impressed

Now the dynamic driver duo and their fans will have to wait until mid-next week at winter testing in Barcelona, when the car – and its E-Tech 20 power unit – will actually be revealed!

Meanwhile Red Bull Racing has taken the fight to Mercedes and Ferrari in the past few years but hasn’t had much luck. Team boss Christian Horner reckons 2020 is their year. Their launch, yesterday at Silverstone, was a blast. And all class.