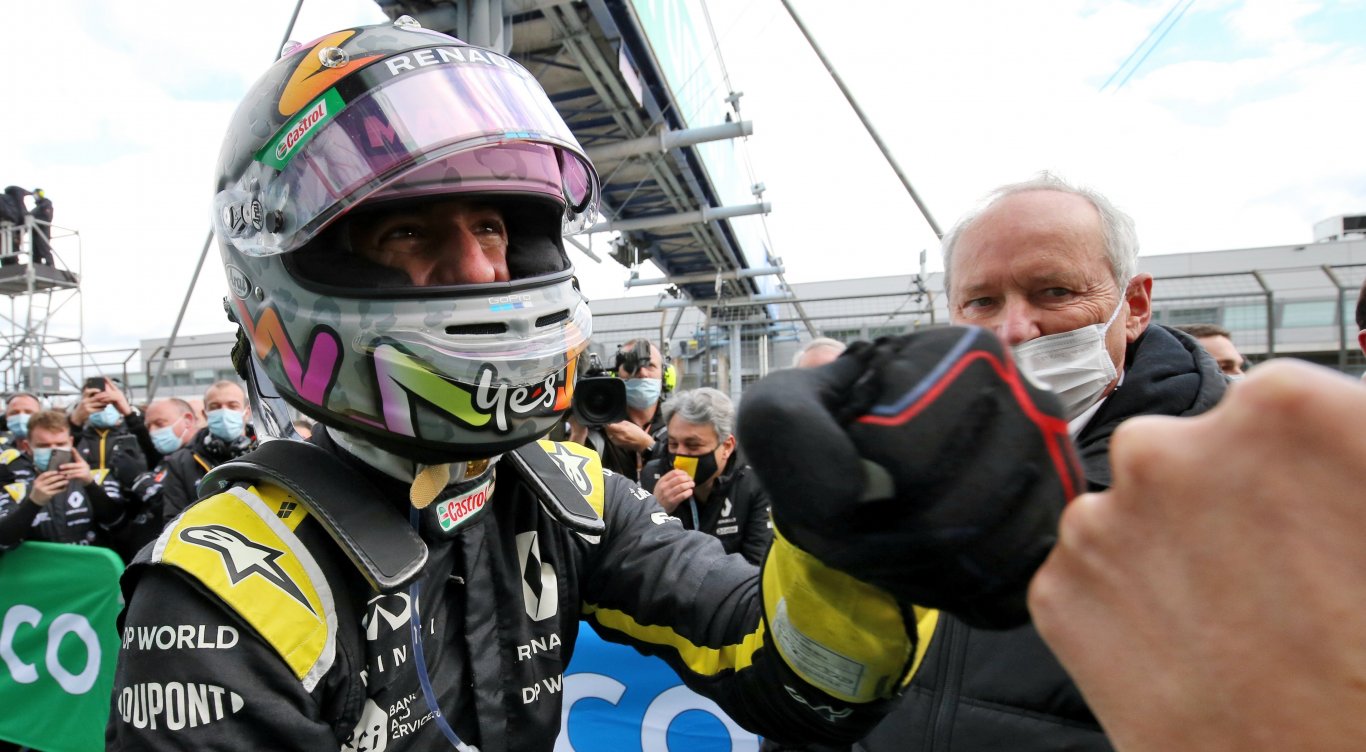 “IT WAS A GREAT FEELING last Sunday standing on the podium – it felt like it was my first time up there all over again. It felt special as it was definitely coming!”

Now that Perth’s superstar Daniel Ricciardo has morphed once more into his smiling assassin persona, he’s primed and ready to rock around the 66 laps of Portimão, home of the 2020 Portugal F1 GP.

The Autodromo Internacional do Algarve hosts the twelfth round of this very different Formula 1 season and the stunning Portimão venue is the second in 2020 to make its debut hosting a round of motor racing’s blue riband category.

While Portimão hosted testing for the F1 2009 season, this weekend marks Portugal’s return to the calendar after 24 years – the last race was 1996 at Estoril in 1996, won by Canadian rookie Jacques Villeneuve in a Williams.

And the weather could not be better for fast and furious racing!

But What Does Dan Know about the Venue?

“I actually have some good memories from racing in Portimão. It’s a very exciting  track.

“The first time I raced here was in 2009 in British Formula 3, and I wrapped up the title there that year.  It was the penultimate round.

“I was on the podium in the first race then I finished fifth in the second race, but it was good enough to take the title.

” Earlier that year, I had my first taste of a Formula Renault 3.5 car there too.

“It’s a circuit I really enjoyed back then, so I’m sure it’ll be even better in a modern Formula 1 car!

“There’s some good elevation and fast, flowing corners to get into.”  Daniel Ricciardo, Oct 22, 2020.

Spectacular Venue That Drivers Will Love

“For the first time, we head into a double-header featuring two circuits that are new to Formula 1 in its hybrid era (Portugal and Turkey).

“Although Formula 1 has never raced here before, we have some experience of this track through GT and world superbikes, which gives us a good idea of what to expect.

“We’ve also adjusted the standard tyre allocation this weekend, with the drivers getting an extra set of hard and one less set of soft.

“It’s an absolutely spectacular venue and we think the drivers will love racing there.” Mario Isola – Pirelli’s Head of F1 and Car Racing.