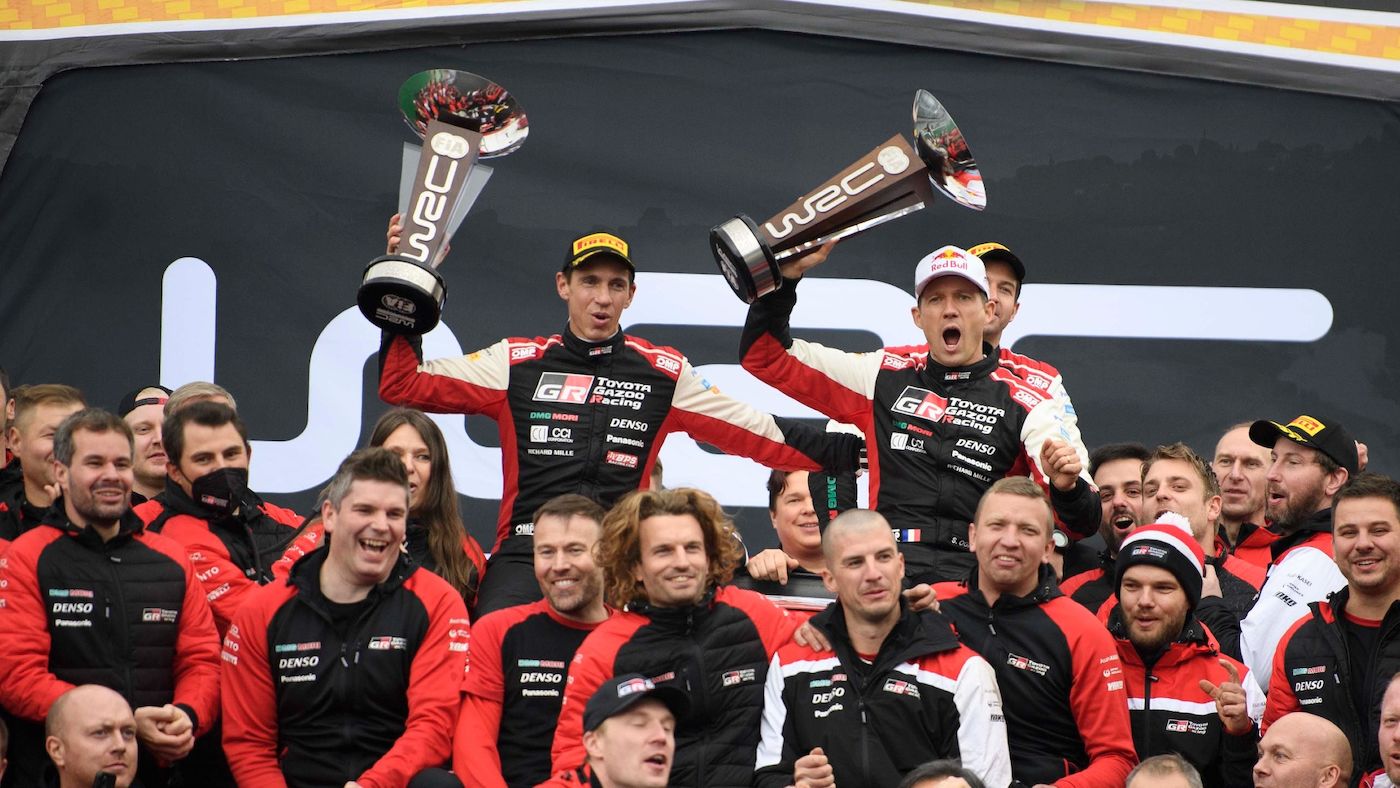 ALL THOSE YEARS BACK, when I first had the pleasure of meeting the affable Frenchman, Sébastien Ogier was looking down the barrel at odds-on for his third FIA World Rally Championship, one of the toughest motorsport battles on the planet.

It was in 2015, in that delightful northern NSW coastal town of Coffs Harbour, and I had been invited by his dominant Volkswagen marque team to get down and dirty in the hinterland forests.

You might remember it was WRC’s Australian leg – the one that highlighted the West Australian motorsport calendar from 1989 until 2006 – when a remarkably dumb decision by the then Government saw the event dumped, never to return to WA.

Our State lost its stranglehold on a blindingly good event – and has, in my opinion, failed since to attract its like.

While l thoroughly enjoyed the comforts of the exciting stages at Perth’s Langley Park back then, Coffs Harbour was my first experience at just how extraordinary this extreme sport is.

I quickly learnt that tramping through the forest in raging heat to find the best vantage point, and wondering why I was the only one at the place I chose to watch Séb take on a particularly sharp corner in the Coffs forest.

Down and Dirty in the Hinterland

You guessed it! As the VW approached at thunderous speed, trailing a virtual tsunami of dust in its wake that I realised (much too late) I was about to wear! And engulfed I was, emerging filthy and breathless a few minutes later, to the guffaws of my wily colleagues. A lesson learned!

Séb proved the master of the mountains at last weekend’s Rally Monza to eventually triumph over his Toyota Gazoo Racing team-mate Welshman Elfyn Evans with an eighth world title in nine seasons, finishing his full-time WRC career on the best possible note in his Toyota Yaris.

And yes, Sébastien Ogier did win his third title! With a style and class I had not reviously experienced.

BACK HOME IN WA this weekend the South West is set to roar to life with action and excitement as the GT Fabrication Targa Bunbury Sprint drives into the town.

Before competitors take the streets at 9am on Sunday, car lovers can get up close and admire the beautiful machines at the Shannons Show ‘n’ Shine on Saturday 27th November event at the Bunbury Geographe Motor Museum from 6.00pm to 8.30pm.

Spectators can get their high-octane fix admiring all manner of rally cars being put through their paces in a capacity field capped at 130 competitors steering classics such as Mustang, Datsun, Triumph, Chevrolet Camaro, Morris Cooper, Ford Escort, Falcon Sprint and Holden Commodore, and modern vehicles like Dodge Viper, Porsche, Audi, BMW, Toyota Yaris Rallye, Nissan GTR, Subaru WRX, Mitsubishi Evos and everything in between.

“The street circuit will be exciting for competitors, spectators and local businesses as cars give it their all to finish on the podium.

“There’s a real appetite in the South West for the short, sharp format of the GT Fabrication Targa Bunbury Sprint – it’s so popular that’s we’ve had to cap competitor numbers.

“To keep things manageable, we’ve split competitors into two groups which also gives drivers a break and the chance to watch the competition, something they don’t normally have a chance to do.”

The only Targa Bunbury Sprint Wilson hasn’t won was in 2019 when he had a 15-second lead but snapped the diff at the start line of the second half of the event.

“I love this event because it’s like the street circuits you see on TV – you’re allowed to cut loose as fast as you can on the streets, legally. “The atmosphere is amazing with Bunbury locals who show so much support, the crowds that go along to watch are pretty awesome.”

Three electric vehicles (EVs) have entered the GT Fabrication Targa Bunbury Sprint, with one unique enviro-friendly charging system that will be used by the 2019 Tesla 3 Performance+, driven by Jurgen Lunsmann with his co-driver and wife, Helen.

Whisper quiet, you mightn’t hear them coming, and if you blink you might miss them altogether. The Tesla is quick and has a proven track record in competition winning its class convincingly and finishing 10th outright at WA’s premier four-day rally, Make Smoking History Targa West in August.

At the Bunbury Sprint, the team takes sustainability a step further by charging the Tesla with a 100kW generator that runs on used chips oil to power a 50kW DC fast charger for the rally car!

“We’ll be recharging between runs.

“We could finish the event on a single charge but would lose some competitiveness at a lower charge.

“And charging the car helps us tell the chip oil story.”

The charging system was developed by Toceva so the Tesla wouldn’t have to miss any competitive kilometres due to low or slow charge. After the Bunbury Sprint, the system will be taken to its new home on the Nullarbor and used to plug the gap between the South Australian and West Australian  Governments’ EV charge networks. Waste chip oil is collected from roadhouses to power the generator.

LAST YEAR 24 competitors didn’t finish the Bunbury events, and it’d be fair to say there was carnage on the course with an attrition rate of 18 per cent resulting from a roll over, several incidents, some cars kissing barriers and plenty suffering mechanical issues.

Rallysprint requires team work between driver and co-driver and the ability to drive with obstacles in close vicinity to the road, neither of which can be practised on a race track.

All the action at the GT Fabrication Targa Bunbury Sprint takes place in the Halifax Light Industrial Area, with the service park on McCombe Road near the junction of Gibbons Road.

After more than a year away from the drag strip, Top Doorslammer racer Pino Priolo makes his comeback at this weekend’s Goldenstates at the Perth Motorplex.

The event features Australian Drag Racing Championship racing for the Top Doorslammer and Top Fuel Motorcycle brackets, and the latest round of the Summit Racing Equipment Sportsman Series.

“We have had some time off from racing since last year with work commitments and building a new house, but we are back now and we can’t wait to get on the track, “ Priolo said.

One ANDRA Christmas Tree in the Cupboard

“It is really great to have a national series for Top Doorslammer and also the Top Fuel Motorcycles up and running again.

“There are so many Doorslammers out there and they are all parked up, so I think it is really good to have ANDRA getting that up and running again.

“I have one ANDRA Christmas Tree in my cupboard, so to be able to secure another one this weekend would be fantastic.”

Goldenstates marks round four of the ADRC which kicked off at the Hidden Valley Drag Strip and Alice Springs Inland Dragway in July, before border closures related to COVID-19 forced the abandonment of the scheduled Adelaide event in October.

For more from ANDRA, visit www.andra.com.au