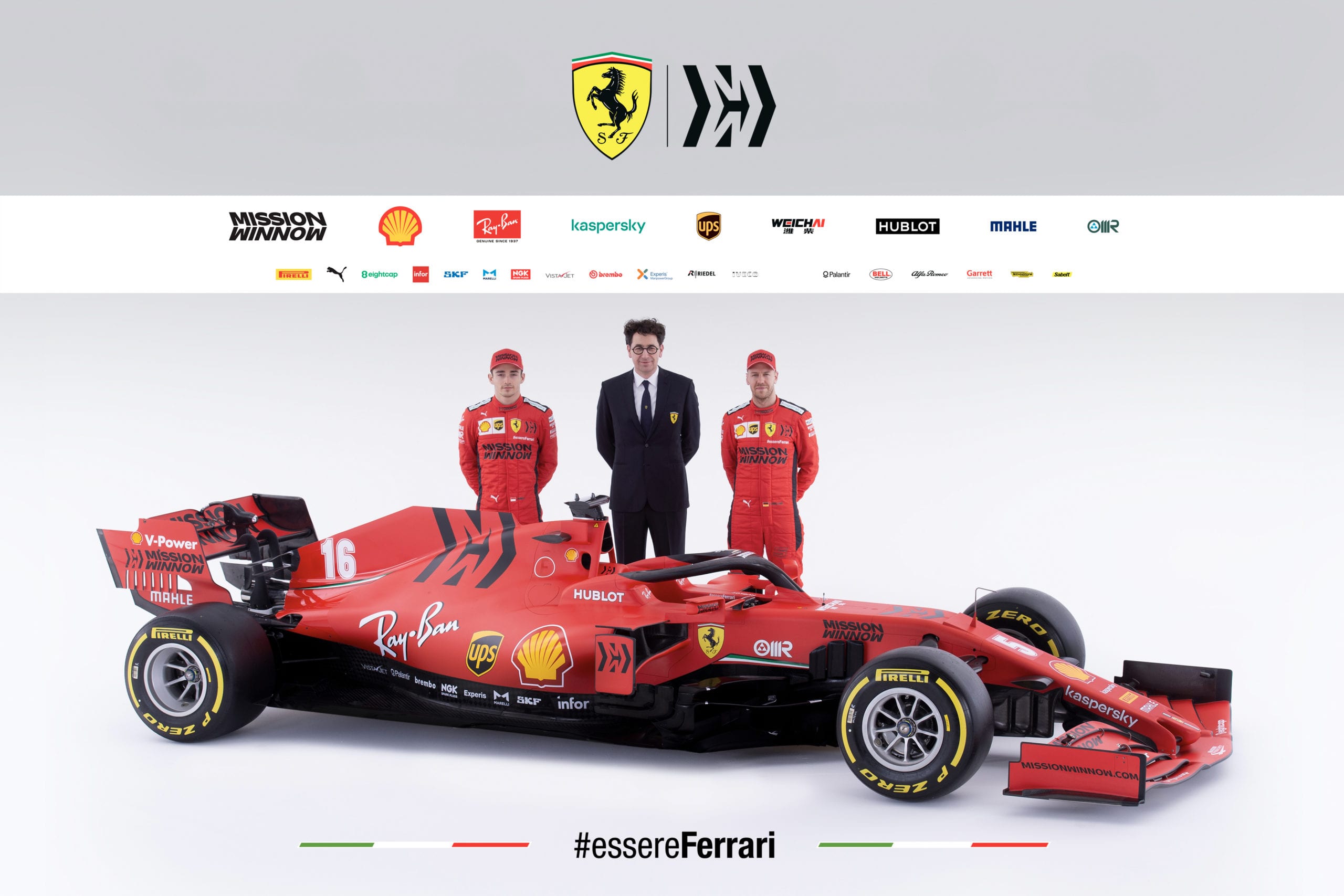 IT IS DIFFICULT TO BELIEVE it’s been some 12 years since the pride of Italian motorsport brought back the F1 title to Ferrari’s famous home base at Maranello, in the country’s north.

Scuderia Ferrari has launched its 2020 Prancing Horse at the historic Romolo Valli Municipal Theatre, in the city of Reggio Emilia, rather than nearby Maranella where it was produced.

And why the choice of venue?

Because Reggio Emilia is where – 223 years ago – the country’s tricolour was born and later adopted as the flag of unified Italy.

The spritely SF1000 makes its official track debut next week in the capable hands of Sebastian Vettel and Charles Leclerc at the first pre-season test, at the Barcelona-Catalunya Circuit in Montmelo, Spain.

“This year will prove to be quite critical in terms of Formula 1.”

Ferrari boasts 16 F1 Constructors and 15 Drivers Championships. And 2020 is the marque’s 90th anniversary!

Nonetheless, the Scuderia (which any Italian sports fan worth his/her salt will tell you means literally ‘stable’, as in horse) is attempting to pour its energies this season into regaining the championship it fiercely believes belongs to them.

How they do that is anyone’s guess, particularly those pesky Germans who’ve had an iron grip on the world championship since current Ferrari great hope, Monégasque Charles Leclerc, was 11-years-old!

You can bet the house that gun Sebastian Vettel will be doing his darnedest to demonstrate he still has it wait it takes at the top of the mountain.

Eyes on the Main Chance

And, as every single F1 Team Boss knows, it’s no easy task to focus solely and firmly on the current season while dealing with the crucial preparations for, and eyes aimed squarely on, the Main Chance – 2021. And the might of Lewis Hamilton and 22-year-old Charles.

“We never give up,” said the CEO, trumpeting strong financial results for the final quarter of 2019.

“Our ambition is to win and therefore, I don’t think we’ll put our foot off the pedal in terms of Formula 1 in 2020 or beyond. Our ambition remains, as always, to seek to win.

“And thus, we will continue to invest in our infrastructure, resources and technological creativity as we continue to develop our 2020 car as the season unfolds.”

February 12, is the big day for both Red Bull Racing and Renault – in the UK and France respectively.

And you can read all about it right here on ACM. (But I’ve had my fill of staying up late to watch the launches)!