“Hammer-time” for Daniel at F1 Austria 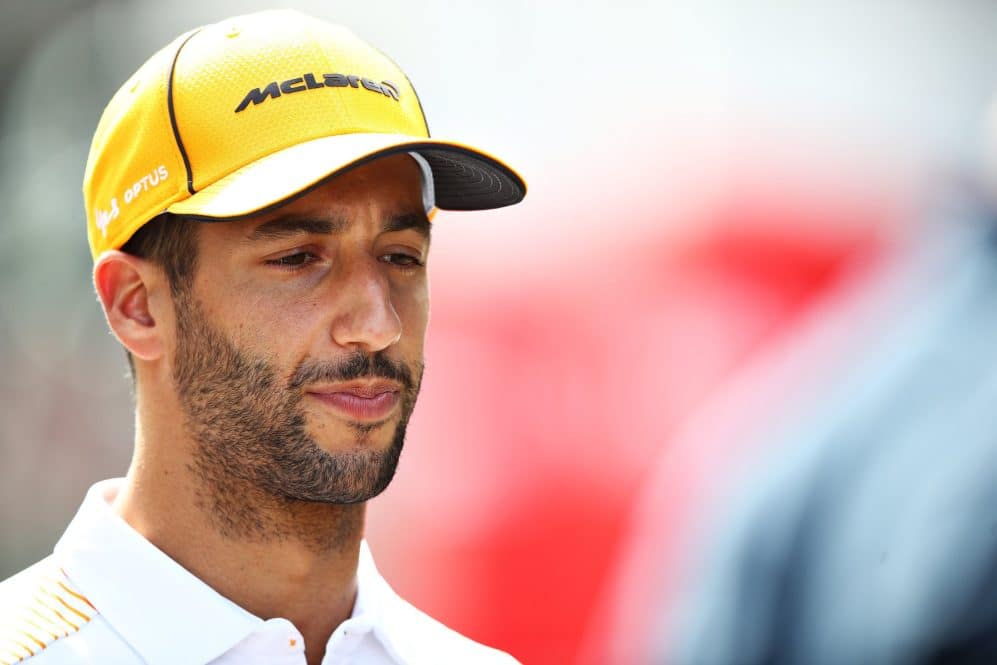 You can’t smile all the time. Images courtesy F1.com

SHOULD Daniel Ricciardo fail to achieve a dramatic improvement in form at this weekend’s Austrian F1 Grand Prix he’ll be peering down the barrel at perhaps his worst ever season at the sport’s highest level.

Sure, there’s a long winding road ahead in 2021. But the young man from my beautiful home town Perth is all class, and I’m sure he’ll prove me wrong.

Dan finished 13th in the Styrian GP, following his classy start which had him in the points before car issues caused him to finish where he started, a dismal nine places behind teammate Lando Norris.

Teams this week have had the relative relaxation of not enduring the trauma of setting up from scratch for yet another circuit, with the Austrian GP – the final leg of ’21’s first triple header – backing up Sunday at the mighty Red Bull Ring.

F1.com reported some drivers, like Valtteri Bottas, opted to head home to switch off and grab some downtime between races at the ‘Ring, while others decided to stay put and make the most of the luscious Styrian countryside.

Carlos Sainz played golf with Ferrari team mate Charles Leclerc and old cohort Lando Norris, while green-fingered Sebastian Vettel – who studied organic farming during last year’s Covid-19 lockdown – helped build and paint a ‘Bee Hotel’ (in the form of a racing car) with a group of kids as part of a local initiative.

Championship leader Max Verstappen took time to celebrate just “a tiny bit” his third win in four races, but didn’t get carried away, well aware of a long season and “we have to stay focused and keep looking ahead”.

Meanwhile Daniel spent much of his free time hiking up into those wondrous hills – hopefully clearing his head and pondering just how dire his situation is becoming.

We have no doubts about the 32-year-old’s driving ability, he’s shown that time and again in the most difficult of circumstances.

There are variables this weekend that mean the Austrian Grand Prix is far from a forgone conclusion. The tyre compounds are one step softer, Pirelli bringing the C5 – the softest in the range – to the venue for the first time.

Word is the top teams wanted to avoid using the C4 last weekend because they didn’t feel they could do a one-stop strategy. They’ll be forced to use the C4 here though, which could mean a two-stopper.

The weather is looking good. But, as we saw last weekend, it’s always uncertain, with the conditions currently significantly cooler, while it is expected to warm up slightly.

Traditional qualifying moves to Friday evening, followed by the sprint qualifying concept on Saturday and then the main British GP Sunday.

Sprint qualifying consists of a 100km sprint race, with the grid for that determined by the traditional Q1, Q2 and Q3 format.

Managing director Brawn damped down any confusion by confirming pole position on the grid would be awarded to the winner of sprint qualifying.

“The one who finishes the sprint in first place is at the front of the grid and has pole position for the grand prix on Sunday.

“And we will count that statistically for the number of pole positions.” Ross Brawn told Sky Germany Friday.

The winner of sprint qualifying will be awarded three points, with second place earning two and third picking up a single point.

Formula 1 reverts to the original format after the British Grand Prix, with sprint qualifying then set to return for the Italian Grand Prix at Monza.

A third staging of the sprint concept is scheduled for later this year, with the undecided location expected to be outside Europe.

While there remains skepticism between the drivers and teams, all pilots are willing to give it a go. However there are concerns sprint qualifying could dilute the importance and prestige of winning a grand prix.