Is Masi the Sacrificial Lamb – Brundle? 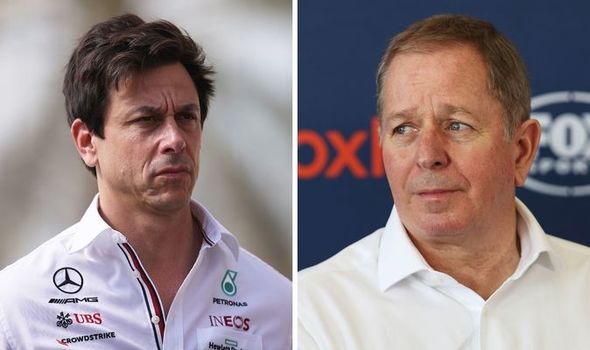 What Went Down in Abu Dhabi

THERE ARE FEW in Formula One these days for whom I have more respect than Brit Martin Brundle – the F1 driver-morphed exceptional commentator who believes race director Michael Masi could be the one that pays for what went down in Abu Dhabi.

I doubt there’s a motorsport fan out there who’s not a full bottle, or doesnt have an opinion, on what happened in that final race in December.

And race director Michael Masi was at the centre of the action, as he’d been throughout the last season.

I’ll repeat my belief that Masi did a stirling job during 2021, during an unprecedented and difficult year and it would be a travesty should he not retain his job this year.

Nothing to do with him being Australian

Truth is the future of Masi in the race director role is far from certain and Brundle, like me, worries it may be the Aussie who takes the bullet.

Asked during a special episode of Sky’s ‘The F1 Show‘ if Masi may be the one to lose out in the Abu Dhabi fallout, Brundle said: “He might be the sacrificial lamb.”

What Brundle wants from the FIA is a proper explanation of what happened and why there will be no repeat, rather than letting the 2022 season wash all this controversy away.

“What’s really important here for the FIA and for Formula 1 is that this is not swept under the carpet and just left for a few weeks and then overtaken by the new 2022 cars, and the tests, and what have you.

“We need to understand what happened and why it won’t happen again.

“We need to reassure the fans that what they are seeing is for real, genuine, and that they are giving up their free time to watch something that is a genuine competition.”

All teams are well underway with prepararations for the first season to be contested under new regulations,

But, as planetf1.com reports before everyone can truly move on, the FIA has some serious explaining to do regarding the 2021 season-ending Abu Dhabi Grand Prix.

Let’s Recap, according to planetF1.com

“Mercedes’ Lewis Hamilton and Red Bull’s Max Verstappen went into the  race level on points, setting the stage for an epic title-decider to conclude a classic season of Formula 1.

“The race certainly delivered on drama, but Mercedes were furious with how the title was decided.

“Before restarting the race on the last lap after a Safety Car period, Masi only cleared the lapped runners between Verstappen in P2 and the leader Hamilton.

“With fresher tyres, Verstappen then picked off Hamilton on that last lap, snatching the win and the title at the end of a race that Hamilton had controlled much of.

“The FIA are investigating the events of Abu Dhabi, with a report set to arrive on March 18, the opening day of practice at the Bahrain Grand Prix, which will kick-off the 2022 season.

“This report is of great interest to Mercedes who felt robbed in Abu Dhabi, since the sporting regulations state a requirement for all lapped cars to pass the Safety Car when the message is issued.

“Hamilton has not spoken publicly since the conclusion of the race.”

My thanks to PlanetF1.com.