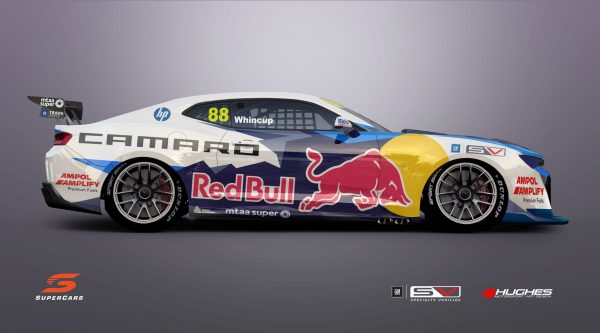 Are You Ready for the Great Race?

AFTER 99 DAYS ON THE ROAD and 13,982km of driving, Supercars teams have settled in to the spiritual home of Australian motorsport –Mount Panorama, Bathurst, New South Wales!

Sunday’s Supercheap Auto Bathurst 1000 is a fitting finale to the 2020 season for teams that have been on the road since Monday, July 6, when borders closed between Victoria and NSW.

And thunderstorms are forecast!

All Hail the King

With a wealth of travel and racing in four states behind them, all focus now turns to Sunday’s great race and the privilege to be crowned this year’s King of the Mountain.

The concept began as the 1960 Armstrong 500 at the Phillip Island Grand Prix Circuit, before relocating to Bathurst in 1963 where it has resided ever since.

This year will see 44 drivers of the country’s premier drivers – including five West Australians – compete in a race recognised among the world’s finest.

KURT KOSTECKI – partnering Bryce Fullwood in the Walkinshaw Andretti United Holden Commodore ZB. At 22 Kurt is finally making his Great Race debut four years after first driving in the main game. He’s brother to Jake, and cousin to Brodie in an extraordinary family line-up in the 2020 Bathurst 1000.

2013 Bathurst 1000 winner Mark Winterbottom is one of the drivers who won’t be leaving anything on the track on Sunday, hoping to finish the year on top of the podium holding the Peter Brock Trophy.

Frosty finished 6th in 2019 alongside Steven Richards and this year teams up with former full-time driver James Golding.

Missing from the field is reigning winner Alex Premat, who was set to join Tickford Racing for the Great Race after being replaced by Tim Slade at DJR Team Penske, only for pandemic-related travel restrictions to leave him stranded in the US.

It’s the first time a reigning winner will miss the race since Paul Morris in 2015.