Kings of the Desert crowned at Tatts Finke Desert Race 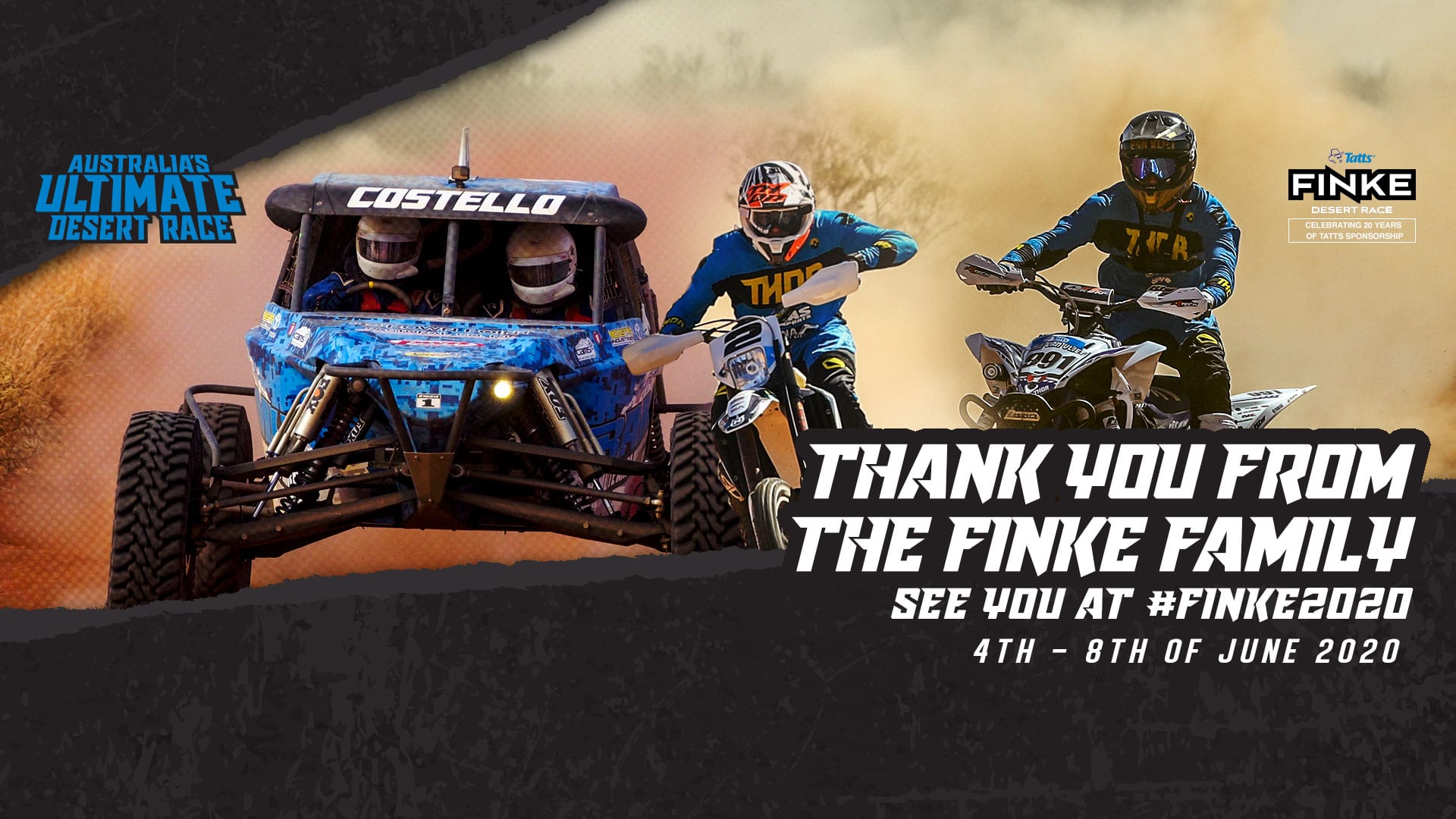 Alice Springs local hero David Walsh has sealed his first ever King of the Desert crown in an emotionally-charged victory at the 2019 Tatts Finke Desert Race.

The KTM rider completed a lights-to-flag victory maintaining the top spot from Prologue through to Finke and back to claim the coveted title. Walsh claimed his maiden win in convincing fashion with a 4 minute and 59 second lead and overall time of 3 hours and 56 minutes.

“I’m blown away. Words cannot describe how I feel right now. I’m just happy to have my family and friends here to help throughout the whole year… they’re just amazing. The work that goes into this and the backing I get from my wife and family is insane so I think it is all worth it.”

2019 was Walsh’s 12th attempt at the Tatts Finke Desert Race, recording a best finish of second three-times previously – all as runner-up to KTM
teammate and six-time King of the Desert Toby Price. Price didn’t compete in the bike category this year, restricting himself to a cars-only tilt as he nurses his wrist back from injury sustained earlier this year during his win of the Dakar Rally.

Adelaide’s Jack Rhodes and David Pullino completed a breakthrough win in the cars in their Jimco Aussie Special Nissan 3500cc, having previously finished on the podium four times. This year they managed to roll the Jimco in Prologue which saw them begin the journey to Finke from 14th position.

“It’s unbelievable. We’ve finally done it. To be the bridesmaid so many times… it’s been great. But this is so much sweeter now. The top step is awesome!”

Rhodes and Pullino swiped the race lead from favourite Toby Price when a mechanical failure forced the Red Bull racer out. Price was gunning for his first win of the car category, having been crowned King of the Desert in the bike race six-times.

The Jimco pair had a 6 minute 33 second margin over Josh Howells and Eric Hume in second. Brent Martin and Andre De Simone rounded out the podium.