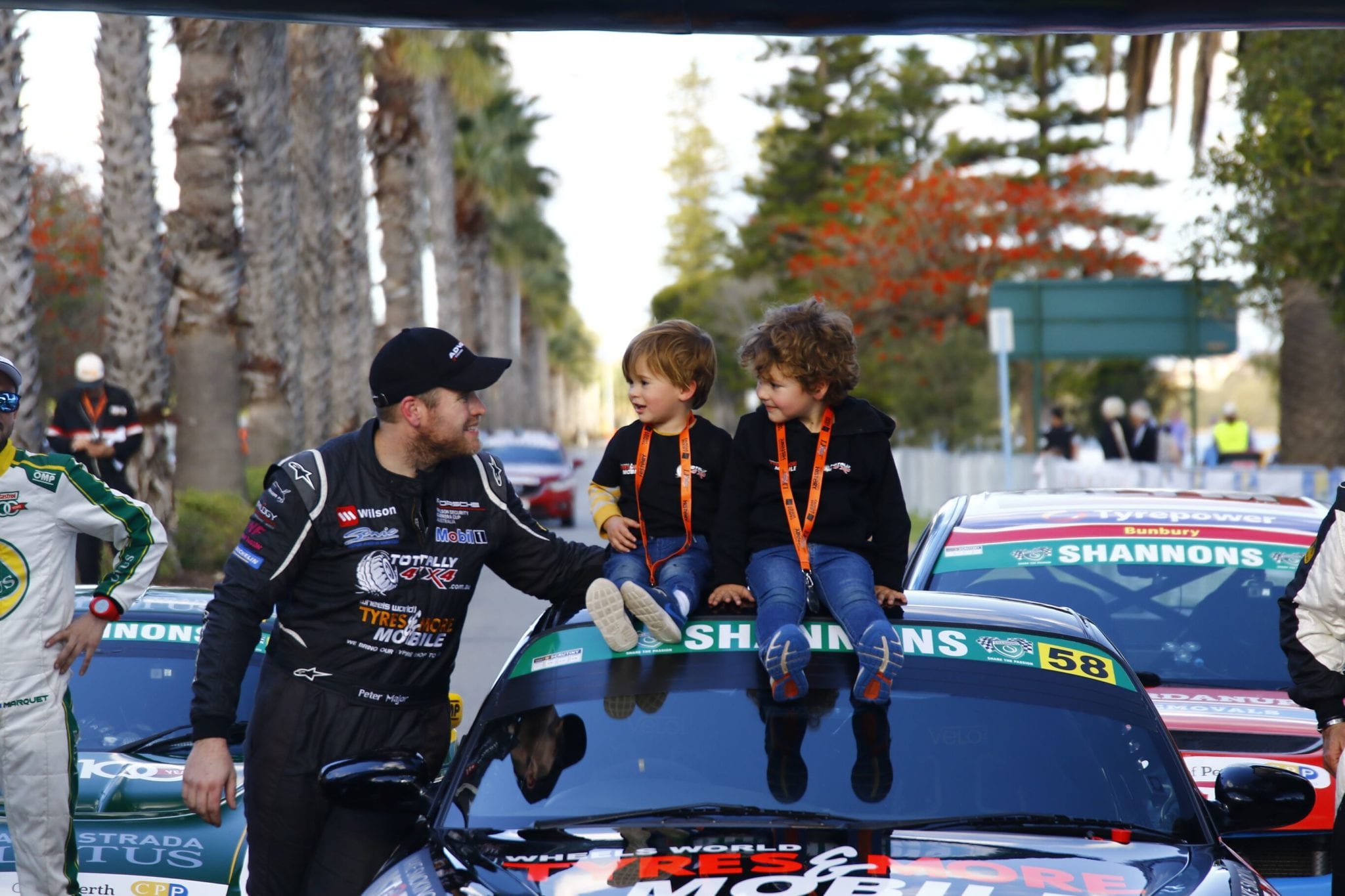 The 15th Make Smoking History Targa West was a close and intense battle between the top teams, Peter Major and co-driver Kim Screaigh, and Peter Rullo and co-driver Jimmy Marquet.

They pushed themselves to the limit in the Competition Modern class, driving ten-tenths for three solid days, with 34-year-old Wembley racer Major just holding on for victory by a few seconds.

His Totally 4×4/Tyres and More Mobile 2004 Porsche 996 Turbo and Rullo’s new 2019 Autostrada Lotus Exige Sport 410 were neck and neck until the last stage of the rally’s longest day.

Rullo locked brakes and went straight over a roundabout, costing him a chance at title contention.

For Major’s Porsche 996, this is its fourth consecutive win after Rullo leased it from him last year, and won the title. Major skipped last year’s Targa West to concentrate on the Carrera Cup, but has previously won the title in 2017 and 2016 in the same car, as well as winning in 2015, 2013, and 2010.

This was his ninth Targa West.

In the event’s 15-year history, there have only been five winners: Peter Major, Peter Rullo, Steve Jones, Jim Richards, and Ross Dunkerton who won the inaugural rally in 2005.

“It’s really special to be listed among such esteemed drivers who have won Targa West, and to win six, it just feels surreal. I was 25 when I won my first rally and things are bit different these days with two little kids, Harry and Jack – I’m trying to steer them towards tennis or cricket so I have some money in the bank when I retire! Full credit to Peter Rullo, he pushed me harder than I’ve ever been pushed. I’d also like to thank the organisers and volunteers for another great rally.”

Peter Rullo also gave credit to Major. “It just wasn’t meant to be, but I’ve learnt a lot and learnt a great deal about the Lotus, we had no issues with it. I’ll be back next year.”

After setting a blistering pace throughout putting in the hard yards, Will White and Matt Thompson took third in their Store Local 2006 Mitsubishi Lancer Evo 9.

Simon Gunson and co-driver Jurgen Lunsmann in their GTI Process Controls 1971 Ford Capri Perana set the pace early on Day 1, each day increasing their lead – so much so that when they lost about a minute and a half with distributor issues, they were still able to maintain the lead. This is Gunson’s third Targa West win.

SIM0N GUNSON: “It always feels great. It’s been a fun rally and we’ve taken it pretty casually. And I have to say that the crew is the best crew ever!”

Gunson finished 4:01 minutes ahead of Bruce Lake and co-driver Peter Hall in their 1971 Datsun 240Z.

BRUCE LAKE: “It’s been a good few days in a good car with great organisation. We’re happy. Bullsbrook long was my favourite stage and Maryville is always enjoyable.”

Third on the podium was Kim Stewart and co-driver Frank Zanotti in their Franks’ Classic Garage Racing Team 1965 Ford Mustang.

Three days of intense battles came to a close in the limited speed (130km/h) non-roll caged category with husband and wife duo Jeffery and Catherine Foster winning in their 2016 Porsche Cayman 981 GTS, ahead of Steve James and Nicholas Bentley in their 2009 Subaru WRX.

Andy van Kann and co-driver Megan Logue were fastest by a mile in their NOROCK 2007 Honda Civic Type R.

ANDY van KANN: “It’s never easy. We had some brake problems but got through and obviously, we’re very pleased with the result. The two-day format suits me perfectly, I get all the rallying I need in those two days.”

ROSS TAPPER – “Overall, it was a fantastic rally. Our first priority is to run a safe event, the second is to run a five-star event and I think we’ve achieved that. The competition was exciting, we’ve had thousands of spectators across the four days and I’m proud of the team and the hundreds of volunteers who make it all happen.”

Full results can be found at www.targawest.com.au