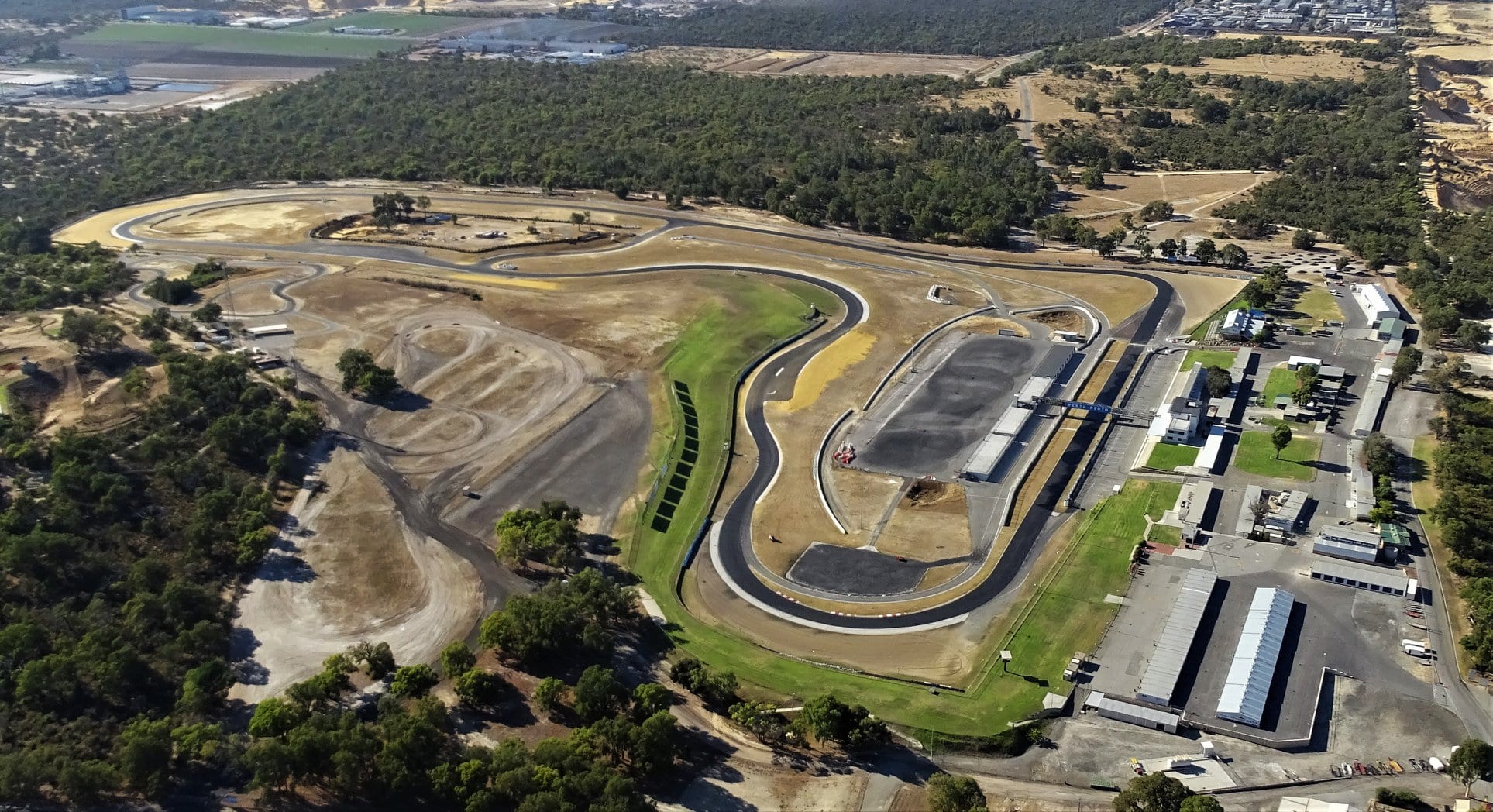 Perth will host a Supercars night race for the first time next year.

The success of the Perth Supercars night race next year could trigger a new long-term deal for Barbagallo Raceway.

Barbagallo Raceway will adopt an all new night racing format following the release of the 2019 Supercars calendar yesterday.

As a result the circuit has agreed a new one-year deal with Supercars having reached the end of its current agreement in May this year.

Circuit owners have confirmed to Speedcafe.com that talks will continue if the new night race concept is a success at the 2.41km track.

The prospect of hosting a night race has been welcomed by the WA Sporting Car Club which believes will reinvigorate the event.

“I think it required a change in format and this is something that will reinvigorate interest in offering something different that has been constant for quite a long time it is very welcome,” WA Sporting Car Club general manager Andrew Stachewicz told Speedcafe.com.

In order to host the race the circuit will have to invest in more lighting and is continuing to work with Supercars to ascertain exactly the requirements.

Barbagallo Raceway already hosts night racing at its venue and plans to test lights at these events to ensure the conditions are sufficient for Supercars.

“We have already got quite a bit of track lighting and in certain areas like on the straight where television coverage would want to be enhanced. Whether that is of a permanent or temporary nature is a detail which we are yet to work out.

“Absolutely testing won’t just be in the off season as our season runs all year, but having said that prior to the Supercars event we always conduct a Night Masters series anyway so that would be the perfect opportunity to try out any lighting in anger.”

Stachewicz confirmed that if substantially more lighting is required then the circuit will investigate investing in permanent lights.

“To be honest this is a reasonably new idea and we haven’t looked at the ins and outs of it,” he said.

“If substantially more is needed and we could look at it as a good capital investment in terms of our organisation and advertise that properly through Supercars and our events then we would look at doing that obviously.

“If the numbers didn’t stack up then I’m sure good temporary solutions could be worked out. It would just be to enhance the lighting that we have already got.”

Next year’s race will also be held on a completely resurfaced track which is expected to produce record lap times.

It will be the first time the circuit has had new tarmac laid since 2004.

“The resurface is something we will do for our purposes as we provide motorsport to our community here. Our last conversation with Supercars was that they didn’t mind a bit of tyre degradation as this is good for tactics,” Stachewicz added.

“It is certainly a factor and we will be doing it so we should see some pretty hot lap times and lap records in fact.”

The race format for the Perth night race is yet to be confirmed although the race meeting will run from Thursday (May 2) to Saturday (May 4) presenting an opportunity for racing both on Friday and Saturday.