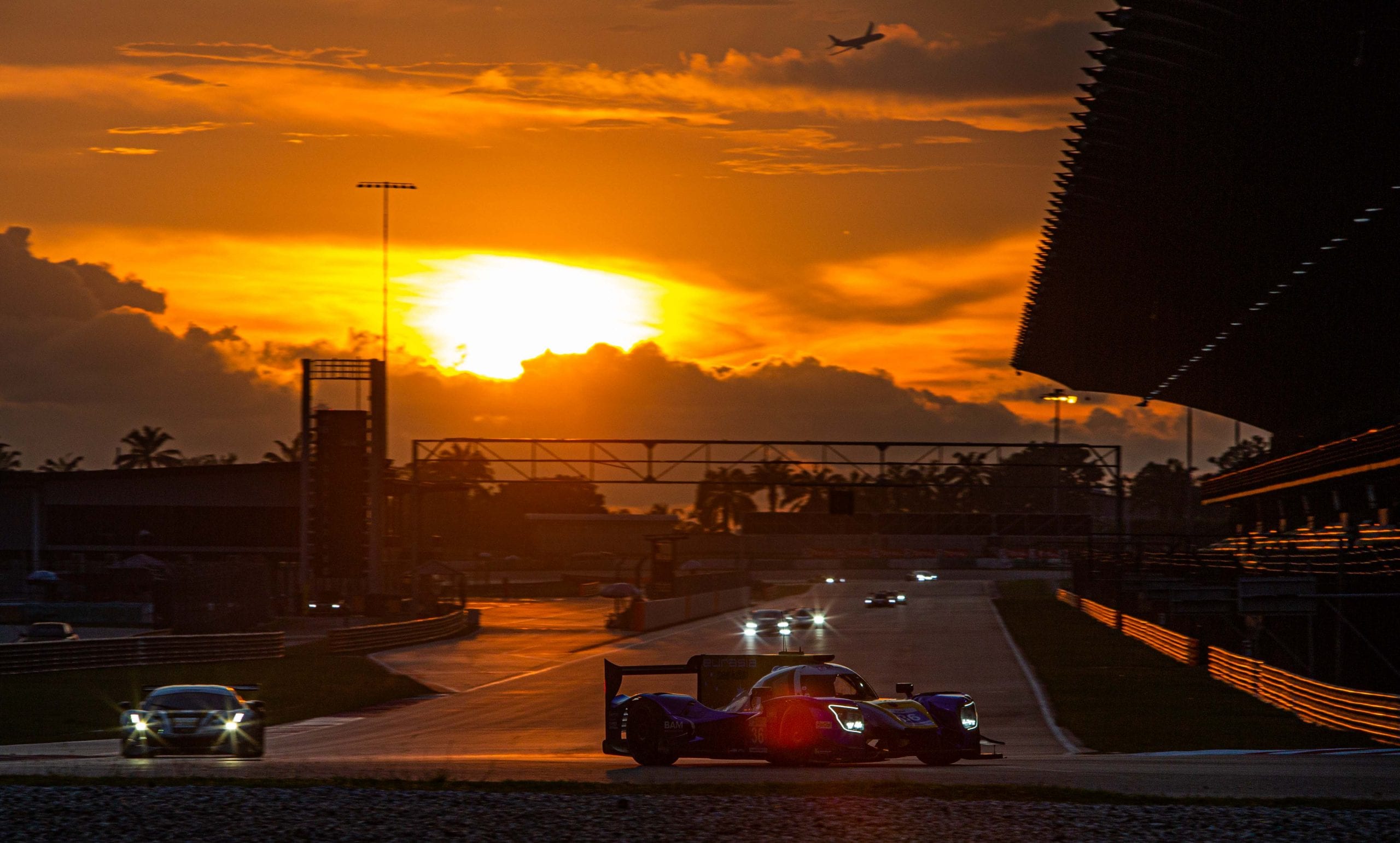 Defeat from the Jaws of Victory

After a grueling yet faultless performance by Aussies Aidan Read and Nick Foster and teammate Roberto Merhi, the Eurasia #36 Ligier JS P217 crossed the line with Perth’s Aidan at the wheel, some 25 seconds in front of the nearest challenger.

But the sweet taste of victory simply wasn’t to be, turning to the bitter feeling of defeat!

A post-race penalty relegated the Perth racer, and his Team Eurasia, to second position by 10.9 seconds – after four hours of battling treacherous conditions around Malaysia’s Sepang Circuit.

Aidan had earlier taken over the car from Roberto in the lead of the race, after the Spanish former-F1 driver had followed on from Brisbane racer Nick Foster to put the car firmly in contention for the win.

With an hour and forty minutes to go in the day/night race, there was still much work for Aidan to do, and do it he did; retaining #36’s lead while manoeuvring through the various classes of traffic circulating Sepang’s floodlit track. He made his first pit stop and, still in the lead, set to work widening the advantage over his race and championship rivals.

Lights Out with Minutes to Go!

But with just six minutes remaining, the expected victory was cruelly taken away. The rear lights on the prototype suddenly extinguished themselves, despite having been rigorously flashing away through the gloomy and truly tricky conditions earlier on.

Unaware of the issue, Aidan pushed on the take the chequered flag first, for what should have been a sensational and well-earned win for the #36 crew.

It was only on his way to the top step of the podium was it discovered that the stewards’ had deemed the failure of the rear lights a breach of safety regulations and imposed a 36-second post race penalty, relegating him to second, losing the victory by just 10.9 seconds.

Clearly devastated by the disappointing decision, Aidan had little to say other than to stress his frustration after such a strong performance:

“We totally deserved to win today, we ran a perfect race in difficult conditions and led pretty much all the way. To lose like this is really unbelievable.”

The final round of the championship takes place next weekend 23/24 February with Aidan now third in the 2019/20 Asian Le Mans Series driver standings. He’ll be chasing the win that wasn’t, in a push to secure the championship with Eurasia Motorsport.