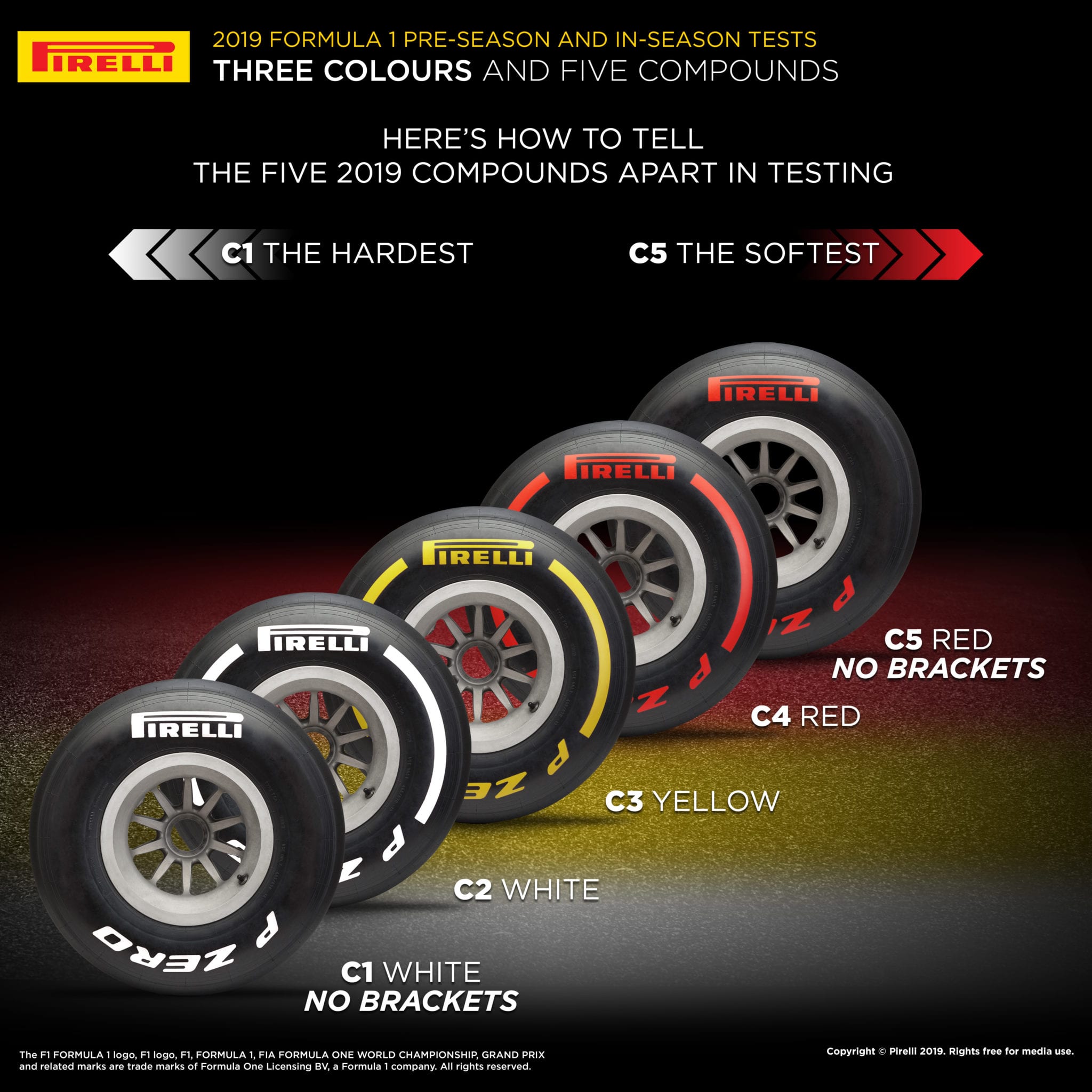 All five slick P Zero compounds will feature during F1 testing in 2019, but only three colours. To help distinguish them throughout the year, the hardest and softest tyres available won’t carry stripes on the sidewalls.

“Normally we will only see three colours at every race, so we’re only using three colours at the tests as well. But we want to make sure that people can tell the compounds apart. As a result, the very hardest and softest tyres won’t be marked with stripes: only the colours will vary. This will be the case for the in-season tests as well.”