Rally Oz back in the West? 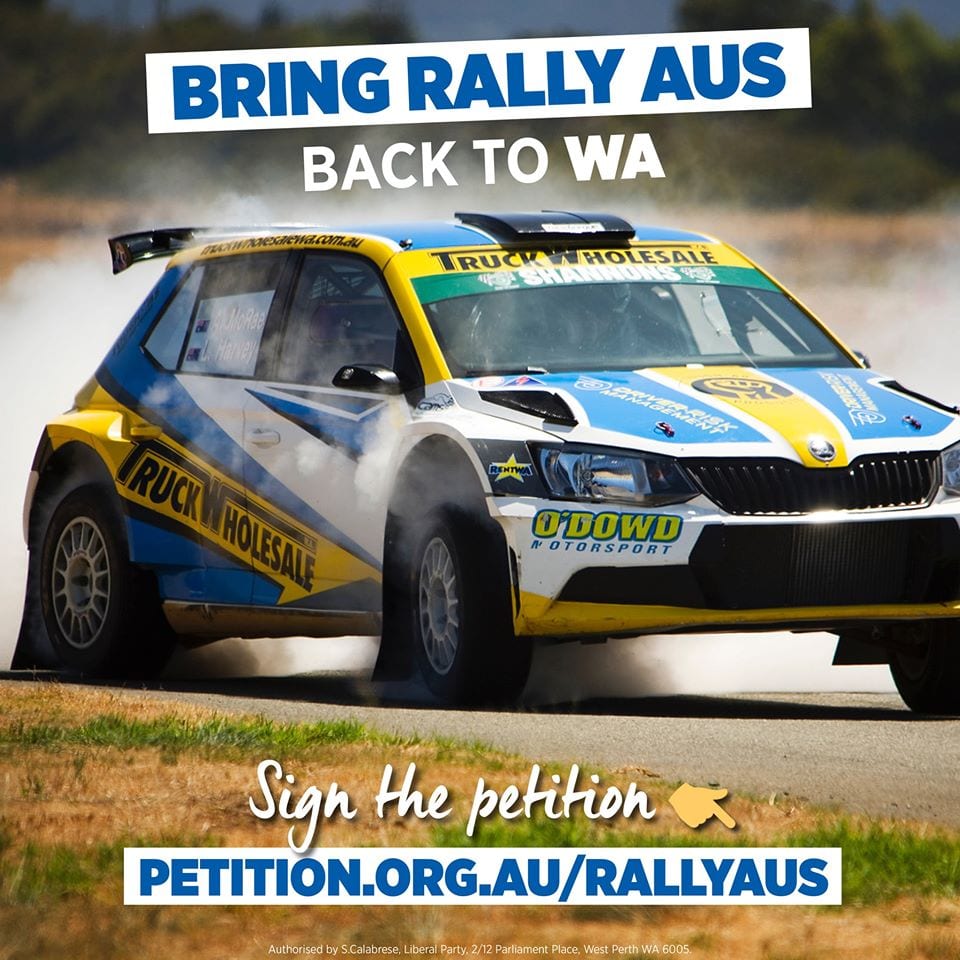 The Western Australian opposition Liberal Party has called on the State Government to bring Rally Australia back to WA! Opposition Leader Liza Harvey has launched a petition seeking to draw the World Rally Championship back “to the original home of Rally Australia, Perth”.

“In 2005, when Mark McGowan was Tourism Minister, he gave Rally Australia away. The event is now up for grabs. Mark McGowan can right his wrong and bring it back.

“Bringing it back to WA will create new jobs through tourism and help local small businesses in transport, logistics and manufacturing – like Race Torque Engineering and Truck Wholesale WA – employ more West Australians.”

I well remember those dark days

I was a member of the Confederation of Australian Motor Sports’ Australian Motor Racing Commission, and general manager of the WA Sporting Car Club, custodians of Barbagallo Raceway – WA’s premier motor racing venue.

Mark McGowan, as the relevant minister at the time, actually made the long trek up Wanneroo Road to Barbagallo Raceway and we had quite long chat about the event, over coffee and biccies in the Club’s corporate box, overlooking the circuit.

And I’ve been raving for years about that dumb decision to let Rally Australia go.

In November last year raging bushfires around Coffs Harbour, the WRC venue since 2013, caused abandonment a week out from the 2019 event. Rally Australia dropped off the 2020 calendar, replaced by the return of Rally New Zealand, around Auckland September 3-6.

However CAMS (now Motorsport Australia) chairman Andrew Papadopoulos reckons Rally Australia appears on a draft version of the 2021 WRC rundown. And if anyone knows what’s going on in Australian motorsport it’s Pap.

Three-time global Rally of the Year

Rally Oz initially was part of the Asia Pacific Rally Championship held in Perth in 1988, and was a WRC fixture for 18 years. It won global recognition as Rally of the Year three times.

The WRC village in Langley Park was a wonderful spectacle and an absolute bonus for Tourism WA. To see it die because of “budget cuts” displayed the ignorance of those in charge of the public purse in those sad days.

It will be interesting to see if Lisa Harvey’s petition gets the supports of rally fans and organisers in Western Australia!