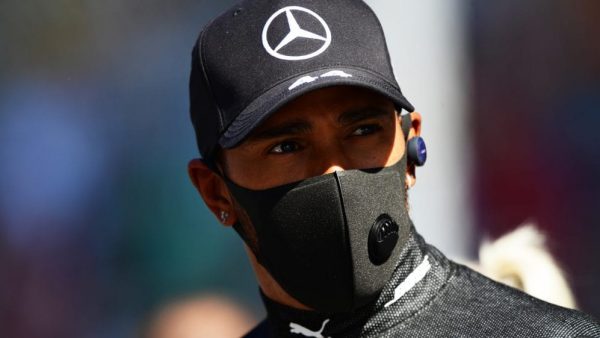 THE FIA STEWARDS may well have shot themselves in their collective tootsies after their backflip from Sunday’s Russian F1 Grand Prix, during which Lewis Hamilton was pinged with two by five-second penalties for pre-race incidents okayed by Mercedes, but deemed irregular.

A Rule Long Overdue for Overhaul!

I’ve long said the FIA regulation that continues to allow stewards to punish drivers for issues clearly committed by team members is completely at odds with fairness in sport.

But the rules are the rules, and the championship race leader copped the 10 seconds – served at his next pitstop – and was out of contention for the win, despite and daring a desperate lunge for the flag for the remaining laps, still finishing on the Sochi podium for a remarkable third.

It seemed the penalty also impinged on the Brit’s FIA superlicence, adding two crucial points to that precious piece of documentation.

That particular decision drew the ire of Mercedes chief Toto Wolff – even Max Verstappen – with Lewis a most unhappy chappy.

For a young man heading down the path of a new three-year, US120 million+ windfall any time now, Lewis is prone to make some dumb statements.

Stewards “Trying to Stop Me”

“I need to go back and see what the rules are,” he told Sky F1 in the Sochi paddock Sunday. “I need to see exactly what I did wrong.”

” I’m pretty sure nobody has got two five-second penalties for something so ridiculous before.

“I didn’t put anyone in danger, I’ve done this at a million tracks over the years and never been questioned on it.

“They [the stewards] are trying to stop me.

“But it’s ok, I just need to try keep my head down and stay focused then see what happens.”

F1’s Race Director, a straight-talking Aussie, had a different perspective

“We are there as a sporting regulator to administer the regulations and we have the stewards as an independent judiciary to adjudicate those,“ said Masi.

“There was an infringement and it doesn’t matter if it was Lewis Hamilton or any one of the other 19 drivers – if a breach has occurred, they will consider it on its merits.

“Further to that, I would say they adjudicate it equitably and fairly in the circumstances, taking all the key elements into consideration”

Whatever the deliberation, the four stewards reviewed the practice-start incident and decided late Sunday night to rescind the points from Hamilton’s licence. Instead they clipped Mercedes a total of 50,000 Euros ($58,000) for incidents involving the race pre-start and for inconsistent speed on the reconnaissance lap.

Had the licence points stood Hamilton would have been on 10 for the next 12-months, putting him just two shy of an automatic one-race ban.

The Mercedes driver was completing a practice start ahead of the Russian Grand Prix. Telecast vision showed the Silver Arrow making it well down the pit exit, with several drivers swerving over the white line to avoid him as they joined the track to make their way around to the grid. That, it seemed, warranted the time penalties!

Meanwhile Daniel Ricciardo also fell afoul of the stewards during the race, copping a five-second penalty.

His response to his engineer:

And he did, in fine fashion, copping it sweet and pushing the pedal to the metal to finish in fifth, a cool 10 seconds ahead of Ferrari’s Charles Leclerc!

KIWI SCOTT MCLAUGHLIN is a serious champion in Australia’s premier motorsport series and well deserves all the plaudits that come his way for a superb season.

With just the one race remaining for 2020 – the world-renowned Bathurst 1000, around the legendary Mount Panorama – the 27-year-old so far has 13 wins, and eight podiums.

The Virgin Australia Supercars champion-elect is poised, in the greatest of arenas and telecast around the globe, to power that DJR Team Penske Ford Mustang GT across that mighty mountain towards his 14th win of the year. And perhaps, on October 18, a second successive Bathurst 1000 win!