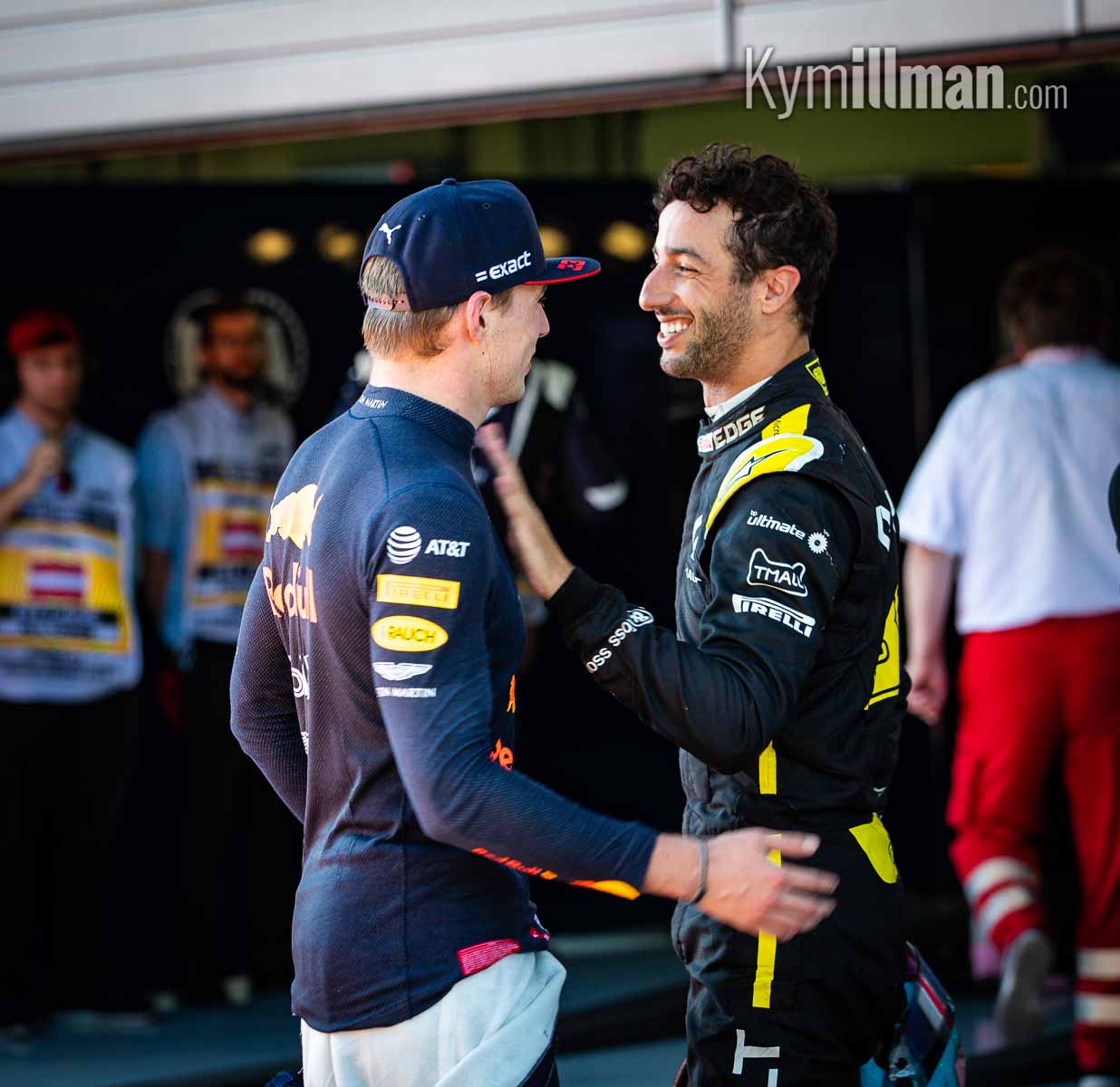 GIVEN THE PENALTY HI-JINKS that have engulfed F1 in recent weeks, Silverstone – venue for the very first world championship grand prix nearly 70 years ago – is bound to produce the goods.

Twenty of the most skillful drivers on the planet enter the British circuit’s defining corners of Maggots, Becketts and Chapel flat-out in top gear, subjecting their bodies to very high g forces.

Kym Illman‘s random shot, above, from Austria proved to be his most popular Instagram photo ever! You may digitally download Kym’s stunning images from www.prostarpics.com

Like Bahrain and Spain, Pirelli brings the its three hardest tyres in its range – the White hard, Yellow medium, and Red soft to cope with some of the highest energy demands of the year from those famous fast corners.

The entire track has just been resurfaced to smooth out the notorious bumps (unfortunately), improve drainage, and accentuate cambers and should result in even faster lap times than Lewis Hamilton’s fastest-ever dance around the current layout in 2018’s qualifying. This weekend the DRS zones have been reduced from last year’s three to two.

“We’re nominating effectively the same compound selection as we did last year, which should be well-suited to cornering demands that are among the highest of the year, along with places like Spa and Suzuka. With the new asphalt and famously variable British weather, there will definitely be a few unknowns heading into this year’s Silverstone race. This makes the exercise of data-gathering in free practice even more important than usual, in order to come up with the best strategy”.

Only brave people predict Britain’s summer weather. It’s a bit like Melbourne, simply toss a coin! But the Silverstone forecast is for a mixture of sun and cloud and 21/22 C. Pretty much the same as winter this weekend in Perth, Western Australia!

Red Bull and Williams stay behind after the British Grand Prix for two days of testing next year’s prototype tyres Tuesday and Wednesday. And remember there’s still a push to see F1 on the streets of London and the hype is bound to be about this week.