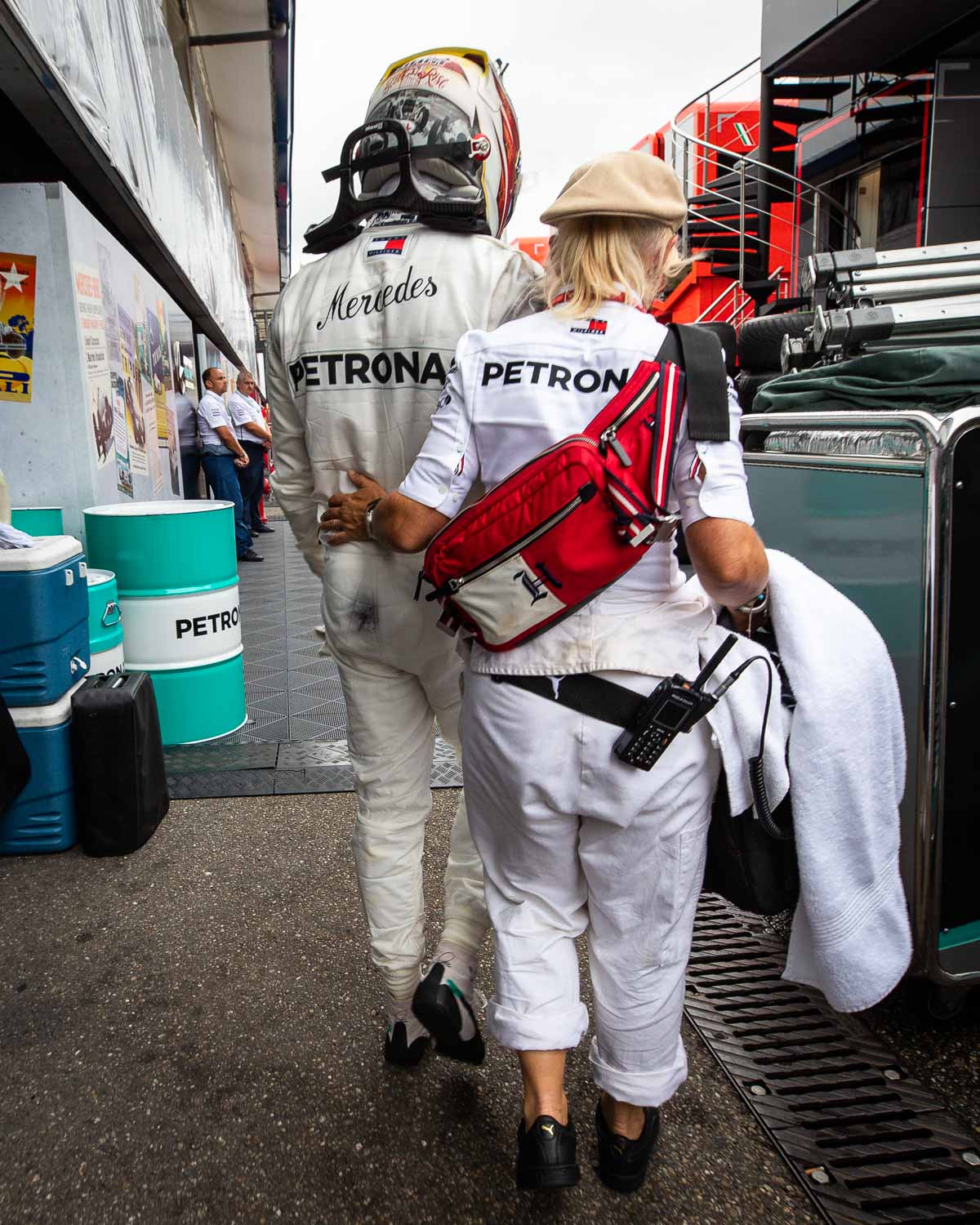 FOR SOME MONTHS NOW I’ve been trying to figure what is the cause of the black mark that appears on the rear end of F1 champion Lewis Hamilton‘s race suit as he emerges from his (normally) victorious Mercedes. So far no one has been able to tell me. But here it is again, in Kym Illman’s image of the shattered Brit as he’s consoled by trainer and confidant, Angela Cullen, following Sunday’s Hockenheim disaster! I’ve not seen such a distinctive mark on anyone else. Any suggestions?

Kym Illman’s stunning images may be digitally downloaded from www.prostarpics.com

BRENT GETS THE CHOCCIES

Brent Peters: Air vent through the seat no filter on the air supply.

Adrian Chambers: Sounds good to me, Brent Peters. But I wonder why there’s no filter? I’ve not seen it on Valterri’s butt!

Brent Peters: Adrian Chambers Not sure maybe slightly different set ups – the vents are different in the floor an sides between the two cars as well as a couple of other things

Travis Barnes: Seb has a white patch often too.