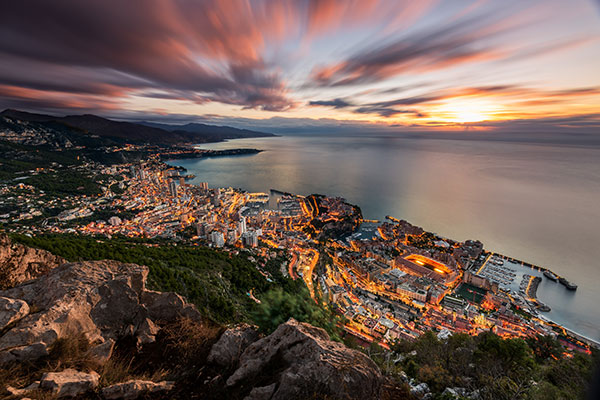 IF YOU’VE EVER had the pleasure of visiting Monaco you’ll be well aware of what a wondrous location it is. And it’s no wonder F1 drivers mark it top of their list, because so many of them actually call it home!

Most of those who don’t are striving for a pay increase so they can afford to join their mates.

Daniel Ricciardo has won here (and should have had a second) and knows full well the importance of qualifying. Being low down the grid means the chances of a podium are virtually zilch, more so than any other venue. Passing is mega tough.

The race weekend here takes an unusual format, with no Formula 1 running on Friday and the track open to normal traffic in the evenings – and most of Friday – the surface can often ‘reset’ itself before Saturday.

Monaco Grand Prix features not only the shortest lap on the 2021 calendar with the lowest average speed, but it also has the slowest corner of the year.

And that’s the prime reason, for the first time in 2021, Pirelli has nominated its C5 (which stands for ‘compound 5’) – the softest tyre in the F1 range – to make its season grand prix debut in Europe’s wonderland.

To cope with the principality’s unique characteristics, according to Pirelli racing guru Mario Isola, the teams use a high-downforce package with a specific front and rear wing to balance downforce levels. Image courtesy alamy.com

“There are also bespoke aerodynamic appendages, as well as adjustments to the steering to provide the extra lock needed to get round the Fairmont Hairpin,” he adds.

“One corner comes quickly after another at Monaco, making it relatively easy to warm up the tyre, especially the softer compounds, and put it into its ideal operating window.”

Being a street circuit, the track tends to be extremely green and slippery at the start of the weekend, with rapid evolution.

•             Because of the low energy loads going through the tyres, Monaco is traditionally a one-stop race, and there is quite a wide pit stop window during which the stop can be taken.

Formula 2: What to Expect

Monaco is round two of the F2 season, with the same new-for-2021 format that made its debut in Bahrain in March, with three races to be run across the weekend.

Pirelli brings the softest tyres in its F2 range: the P Zero Red soft and P Zero Purple supersoft tyres, but now in the 18-inch size that was introduced to the categofrom last season.

A Quirky Happening in Monte-Carlo

Artist Mark Dickens will create his latest piece in the Monaco paddock on Friday, with drivers using Pirelli tyres as paint brushes, dipping them in paint and rolling them across a blank canvas to make a unique artwork.

•             This year’s second test of the 2022 18-inch wet tyres will take place on the Tuesday and Wednesday after the Monaco Grand Prix at Paul Ricard with Ferrari. This will mark the sixth test of the year in total for the 2022 prototype tyres.

•             Formula 3 tested at Jerez last week, with Clement Novalak emerging on top for Trident. The next round of the championship, featuring Perth’s Calan Williams, takes place at France’s Le Castellet in June.

•             As well as Formula 2, Monaco also hosts the latest round of the Pirelli-equipped Formula Regional by Alpine – with a full schedule of support races.