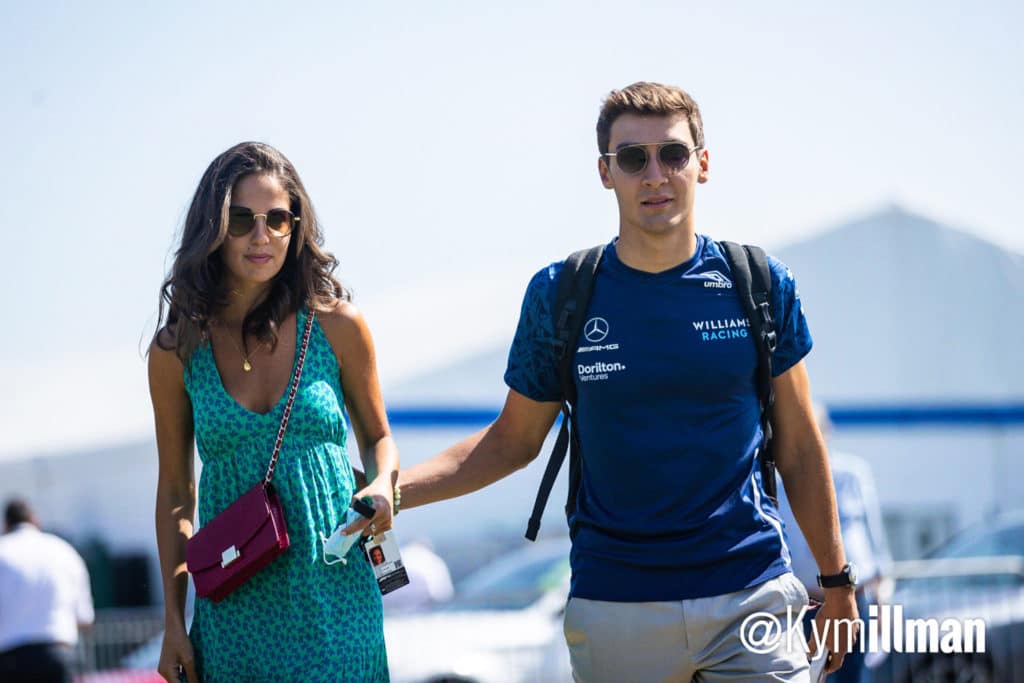 WITH THE TEAMS BACK ON BOARD after the summer hi-jinks, it’s off to the foothills of the Ardennes this weekend and the legendary Spa-Francorchamps, recognised as a true classic Formula 1 circuit, for the Belgian Grand Prix.

Spa is the first the first race of the year’s second triple-header and is well-known as one of the most exciting tracks on the F1 calendar, with a wide range of different demands through the winding forest.

Once upon a time this extraordinary Belgian circuit was 14 kilometres in length and even today, at 7.004 klicks, it’s still the longest journey on the 2021’s ever-changing rundown.

The area is renowned for its ever-changing weather, with the race weekend expecting not dissimilar to the outlook for Perth (wet, windy and high teens). Spa is also known to vary on different parts of the circuit!

On the eve of his 200th F1 race Daniel Ricciardo took a trip down memory lane this week telling the popular In The Fast Lane podcast how his sudden Formula 1 debut came about – before heading to the Belgian GP.

The Aussie is one of F1’s most experienced drivers on the current grid, taking seven wins in his 199 starts so far, all of those at Red Bull.

It was mid-2011 and the week before the Silverstone F1 Grand Prix. As part of Red Bull’s driver programme, Daniel was on hand as a reserve driver for Toro Rosso. His boss: Red Bull guru Dr Helmut Marko.

“It was wild, but I do remember being in the house I was living in England, and my parents were there, and I saw Dr Marko was on the phone and I was like ‘this is going to be interesting’.

“I walked into the living room, he (Marko) told me, and I walked back into the kitchen where my parents were, and my mum knew straight away, as a mother knows, they just know that look when something is up.

Dr Marko told the 22-year-old Perth racer he was on loan to the HRT Team and would line up on the grid at Silverstone in a few days’ time for the 2011 British Formula One Grand Prix!

“I think as well because I only had a week’s notice, where it would have been different if I’d have done a full pre-season and did all the photoshoots and all that.

“This was surreal, I won’t lie I was intimidated by being there. Yes I was excited and believed in myself. I knew I didn’t just get put there for the sake of being put there!”

And so, even though he believed in his own ability, Daniel admitted that he was intimidated by the star power around him.

And Zero Experience with Pirellis

“But you have got all these World Champions on the grid and now you’re part of those 22 at the time. Pretty wild.”

The HRT Team was a back marker throughout their F1 existence (from 2010-12) and so the young Aussie already faced a stern challenge in a difficult car.

But just to make his first qualifying session more difficult, it was raining, and he had zero experience on the Pirelli tyres.

There was a lot going on

“The seat-fit, trying to learn the team, and then I think it was wet as well so we were qualifying in the rain. It was a lot.

“And I don’t think I had driven on Pirellis yet either, so it was my first time on Pirellis, which were very different from the Bridgestones I had tried.

“There was a lot going on.

“I wouldn’t say it was the most exciting weekend from a race results point of view or anything, but I guess it’s where this 200 Grand Prix journey started.”

“But hey, what an experience!“

Back to reality, and Daniel knows he must demonstrate to his McLaren masters that he can handle the car he has and start amassing the points for which they’re paying him handsomely.

Why Pirelli Has Chosen the Tyres

Mario Isola and his crack team have chosen the Pirelli compound in the middle of the range for Belgium – the C2 P Zero White hard, the C3 P Zero Yellow medium, and the C4 P Zero Red soft.

This is the same nomination as last year, which was a step softer than the tyres nominated back in 2019.

Although the 2020 race was dry, there’s every chance the Cinturato wets will make an appearance at some point during the weekend.

“The Belgian Grand Prix marks our third visit to Spa within a month in very different contexts, following the Spa 24 Hours, the Ypres Rally Belgium – which had its final day at Spa – and now Formula 1.

“The challenges of this track, especially when it comes to the weather, are well-known, as are the loads placed on the tyres.

“Last year the top three qualified on the medium tyre, while the soft offered a good step up in grip but required more management, and so was not considered to be an optimal race tyre.

“The majority of drivers went from medium to hard, with the pit stop dictated by the safety car at lap 11 for most of them.

“So we could see an interesting mix of strategies this week.”

The forces put through the tyres at the Belgian Grand Prix are high especially at the famous Eau Rouge-Raidillon complex, where the boots are subjected to a fierce compression and heavy g forces over one of the fastest parts of the track.

Tough Road Ahead in F3

Aussies Jack Doohan (Team Trident #4) and Perth’s Calan Williams (Jenzer Motorsport #26) are the ones to watch in the fifth round of the Formula 3 championship supporting the main event in Spa.

Jack is sitting second, with Brit Olli Caldwell hard on his hammer.

The FIA series leader is Norwegian 18-year-old Dennis Hauger who is streets ahead of the field and has the title well in sight.

Calan, back in 17th in the bumper 36-car field, has all the work to do and desperately needing a blinder here with just the three races at both Zandvoort, Holland and Austin to follow.

Formula 3 drivers get five sets of slick tyres as well as two sets of wet tyres per race weekend. Those wets could be particularly useful at Spa.

Perth’s Jordan Love and his SPS Automotive Performance team members brought their #40 Mercedes-AMG GT3 across the line 5th in Silver Class and 21st overall at the Spa 24H earlier this month.

The race was won by Ferrari crew of Come Ledogar, Nicklas Nielsen, and Alessandro Pier Guidi.