Contenders Slug it Out at Imola F1 GP 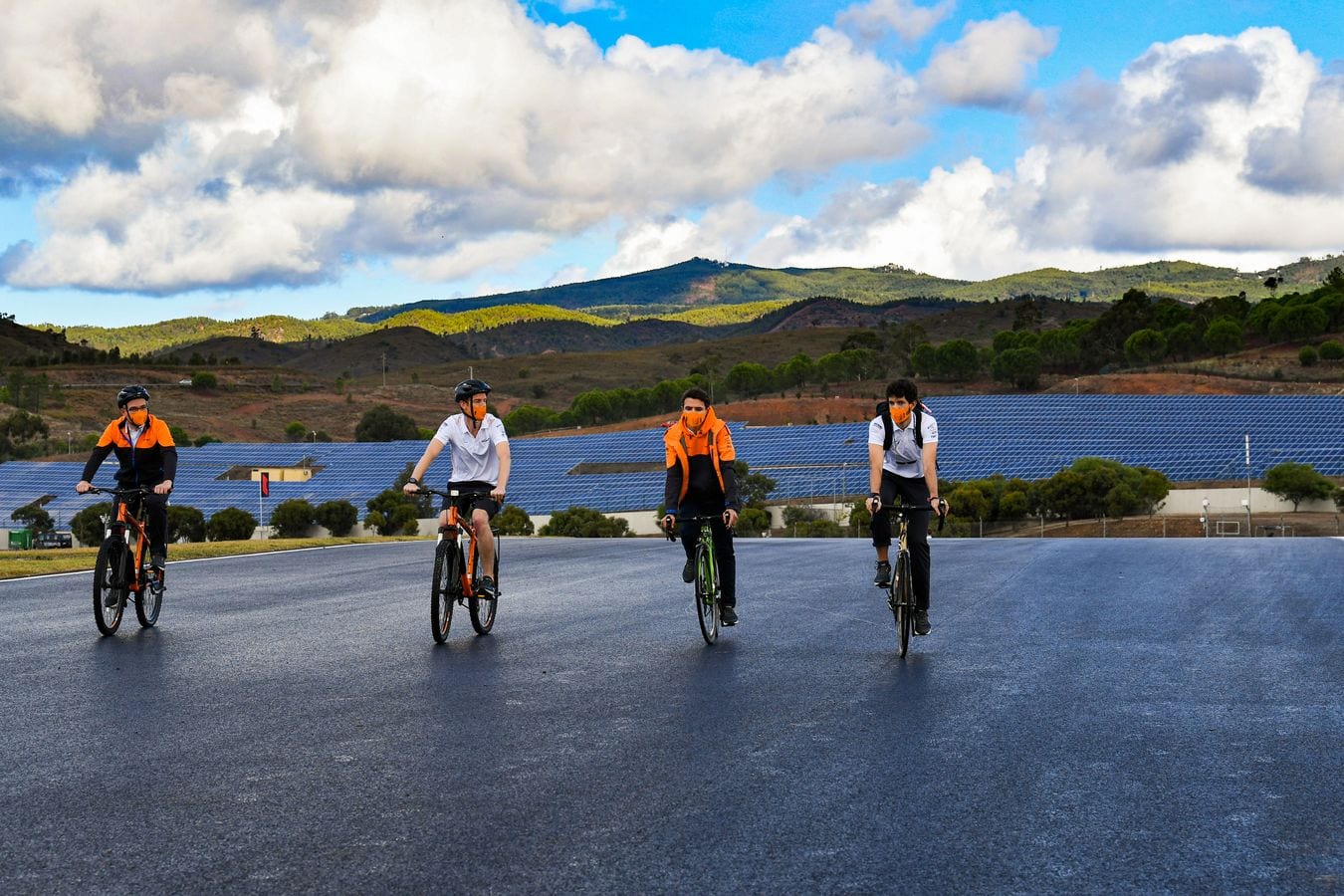 AGAINST ALL ODDS, we’ve definitely reached the pointy end of the 2020 Formula One season and we’re now set for a veritable prize-fight, with a half dozen contenders slugging it out in the battle for third in the all-important Constructors’ Championship – the money shot.

In Portugal, on the picturesque Algarve, Lewis Hamilton finally claimed that elusive 92nd F1 win and an all-time title unlikely ever to be eclipsed. All power to him.

Following the interesting slippery slide of Portimão, the might of Mercedes is clearly home and hosed already and Red Bull has a seemingly unassailable lead for second place, thanks to Max.  Meantime the race is truly on for that last rung with Racing Point sitting on 126 points (courtesy of 74 from Sergio Perez and Lance Stroll’s 57), McLaren Renault 124 (Lando Norris 65, Carlos Sainz 59) and Renault 120 (Daniel Ricciardo 80, Esteban Ocon 40).

Cheeky Lando demonstrated his young brain’s not quite up to speed when he piddled on Lewis’ party saying the champ “has to beat one or two other drivers, and that’s it” and his fellow Brit’s incredible world record “doesn’t mean anything to me, really – he’s in a car which should win every race, basically.”

Lewis is uber big on respect and the McLaren youngster could take a long time to live down those comments, despite the fact they’re factually correct! No question the kid can drive, but he might have been wiser to leave such thoughts for his memoirs. Or at least when he has a tad more skin in the game.

One thing’s certain, come next year when Lando is partnered with Daniel he’ll grow up bigtime.

And, back to the future, Dan’s just hanging on to fourth in the Driver’s Championship and simply cannot afford any more slip-ups in the remaining four rounds – Imola in Italy this weekend, Turkey, two at Bahrain and the season finale, the Etihad Airways Abu Dhabi F1 Grand Prix.

However, unless Esteban can lift his game substantially, there’s little chance Dan’s last hurrah at Renault will win out.

Imola is the last of an unprecedented three races in Italy this year and F1 returns to the Piazza Ayrton Senna da Silva, 40km from Bologna in the country’s north, for the first time since 2006 (when Little Lando was just six).

This race weekend, back-to-back with Portugal, is very different to the norm – no Friday action and just a single 90-minute practice session on Saturday before qualifying!

Pirelli has chosen the middle three tyres in the P Zero range: C2 as the White hard, C3 as the Yellow medium, and C4 as the Red soft, resulting in an adjustment to quantities to the teams. Instead of the usual 13, 10 sets of tyres are available to each driver for the whole weekend – two sets of hard, two of medium and six of soft.

Imola is a famously technical track with a wide range of different corners that tests every aspect of a car’s performance.

Like many historic circuits across Europe, Imola was created originally as a road course just after WW11, before becoming a permanent circuit in late 1952, hosting its first (non-championship) F1 race in 1963.

The Autodromo Internazionale Enzo e Dino Ferrari – as it’s been known since 1988 – is, unusually, an anti-clockwise circuit, with 12 left-hand corners and nine right-handers.  In contrast to Portimão, the circuit width is quite narrow in places, making overtaking reasonably tricky and putting a stronger emphasis on race strategy.

For those familiar with the 4.909km circuit, the old Variante Bassa is gone and the long straight heading into Tamburello is now broken up by two right-hand corners. More run-off areas have been added, especially at Variante Alta, and there are new pit garages too: only the old Marlboro tower remains from the previous start-finish complex.

The circuit has been re-asphalted since F1 last raced here 14 years ago, so the surface is generally quite smooth, and doesn’t put too much stress on the tyres.

But the surface is still quite bumpy and there are some big kerbs, so finding an adaptable set-up and sticking to the racing line is essential.

The last Formula 1 team to drive at Imola was AlphaTauri, which used the track for a filming day (plus some testing with an old car) over the summer before the 2020 season re-started in Austria. However, this is the first time that the current generation of turbo hybrid cars will race at Imola.

“The tests we carried out last weekend in Portimão went well, as expected.  “

“We are now analysing all the data collected, because by November 1 we have to nominate the definitive specification for next year!

“This weekend at Imola, there’s a lot to get used to in a very short space of time.

“After travelling back from Portugal the teams have to cope with a new race weekend format, and reduced practice time on what will be a brand new track for most of the drivers – although inadvertently, they practised this exact scenario at the Nürburgring recently.

“As you would expect on a circuit with so much history, Imola has an old-school feel to it, like Mugello, and we believe that the drivers are going to love racing there.

“Finding the right set-up as quickly as possible is going to be key to success, as the technical nature of the track means that a number of important compromises have to be made, so it’s always tricky to find the right balance.

“Overtaking could be quite tricky and the weather at this time of year is unpredictable, so strategy is set to play an important role – but that strategy has to be flexible enough to adapt itself to changing circumstances.”

Supercars Destined for Wanneroo in 2021

And, back home in Perth, the WA Sporting Car Club – custodian of Wanneroo Raceway – is confident of making up for the loss of the Supercars round, once scheduled for this weekend, with a gala return next year.

“What we recognise is that, for 2021, we’re going to have to be flexible and agile,” WASCC General Manager Andrew Stachewicz told Speedcafe.com. “So, that’s what we do, we build that into our planning and processes.”