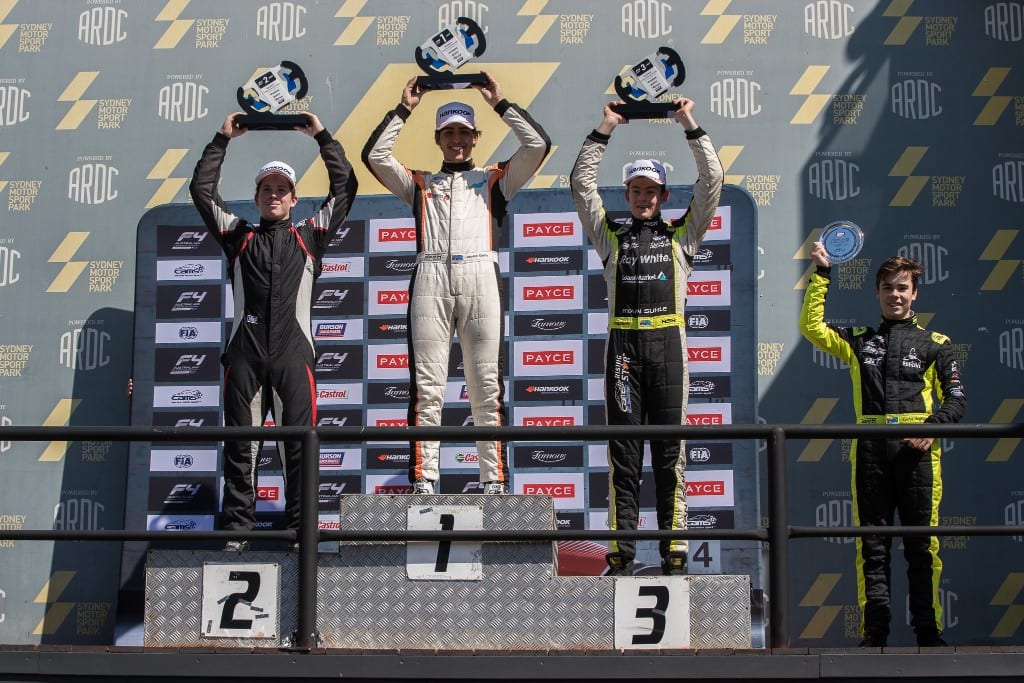 Perth’s AARON LOVE is sitting third on the CAMS PAYCE Australian Formula 4 Championship as the fleet heads to New Zealand this weekend for the grand final.

Aaron finished second to series leader Jayden Ojeda at the penultimate round at Sydney Motorsport Park in September.

For the first time in the AF4C’S four-season history they race on Kiwi soil at Pukekohe, supporting the ITM Auckland SuperSprint round of the Virgin Australia Supercars Championship.   It’s an exciting conclusion to a thrilling season for some of Australia’s best junior drivers.

Championship honours remain open with three races and a maximum of 75 points up for grabs, with AGI Sport’s Jayden Ojeda in the box seat to claim his first Australian Championship. Ojeda is 51 points clear of teammate Ryan Suhle.

The battle for runner-up honours is closer, with Suhle 25 points clear of Team BRM’s Aaron Love.

With Australian Formula 4’s first visit to New Zealand, naturally there is limited to no data for teams and drivers to reference for this round, with only a handful of drivers have had overseas experience outside of karting – Thomas Smith racing in New Zealand earlier this year and Aaron Love competing in Asia.

The cross-Tasman trip has also presented a set of unique challenges for the championship’s logistics, with teams having to compact their equipment into shipping containers throughout the previous couple of weeks.

All cars, team equipment and spare parts arrived safely to Auckland via sea after departing from Port Botany in Sydney, thanks to Gibson Freight.   AGI Sport assisted in the construction of frames and vehicle ramps to accommodate the storage of all championship cars into containers.

Practice, qualifying and race sessions will be televised live in Australia on Fox Sports (Channel 506) as part of the Virgin Australia Supercars Championship support coverage.