Abu Dhabi Holds All the Aces 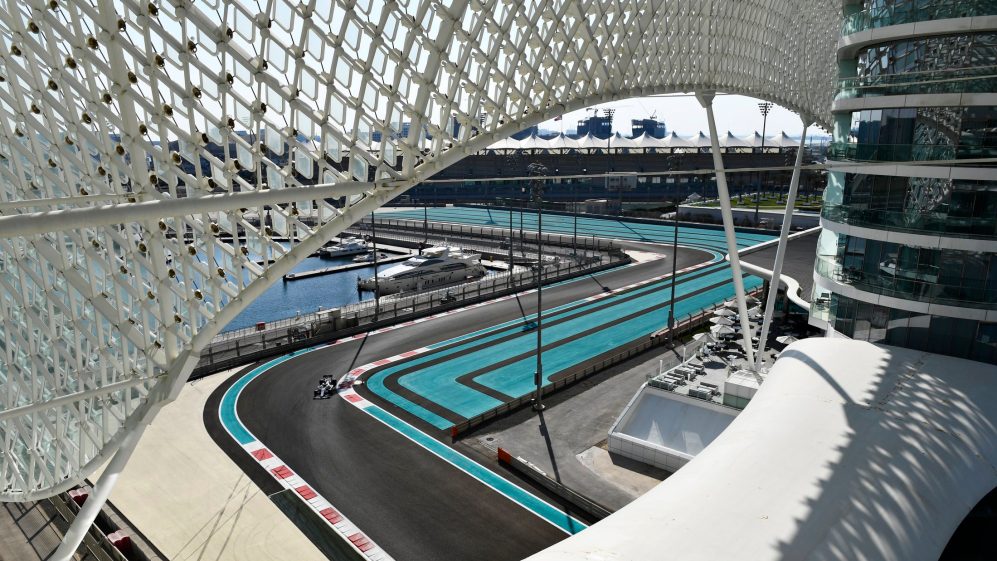 ABU DHABI: If Lewis Hamilton and Max Verstappen can defy the odds and keep out of each other’s way on Sunday, we should be in for a treat as Formula One celebrates its newest world champion driver and champion team.

As the main protagonists line up in the United Arab Emirates capital gridlocked on an extraordinary 369.5 points, it’s all down to a Brit and a Belgium/Dutchman – brilliant drivers both.

One, a 36-year-old record-equaling seven-time champ and the other, a 24-year-old firebrand for whom a world championship is as near a certainty as it possible. Eventually!

But Will it Come to Pass This Weekend?

It’s been a huge and exciting year for F1, winding up its longest season at Abu Dhabi’s Yas Marina Circuit with the record breaking 22nd race ready to challenge the undoubted skills of the greater majority of the 20 contestants. points in the drivers’ championship standings.

Not since 1974 has there been anything in F1 like the one facing us this weekend. It’s a situation that Perth’s Daniel Ricciardo calls “a dream scenario” for a sport often criticised for being too predictable.

“It’s what you hope for every year in this sport, you want a battle like this.

“You’ve got the veteran record holder on the one hand, and then the youngest-ever winner on the other.

“It is a really cool battle and it is a great story.

“Obviously they are going toe-to-toe, and it is a real genuine battle.

“I have some envy not being a part of it – but ultimately for the sport and as a fan of the sport, it is a dream scenario.”

The Yas Marina track has been significantly modified this year (the first time since its 2009 debut), designed to provide more overtaking opportunities, with increase speeds and loads through some corners.

•             The following hairpin has been brought forward and widened, increasing the speed carried onto the subsequent straight.

•            A long and slightly banked turn replaces the technical complex of Turns 11-14 that existed previously.

But the 5.28km circuit is still a smooth ride, with an expected average wear and degradation stress on the tyres. And that’s why Pirelli has opted for the three softest compounds in their P Zero range – the same as last year – C3 White hard, C4 Yellow medium, and C5 Red soft. And the same as at Jeddah Corniche.

These changes have shortened the circuit by 273 metres, which means the race distance has been increased 55 to 58 laps and lap times falling by an estimated 14 seconds.

The Abu Dhabi Grand Prix begins just before sunset and runs into darkness, with track temperatures falling quite quickly in the desert, greatly affecting tyre behavior.

Free Practice 3 and qualifying are the only two relevant sessions, with the other practice sessions run in the heat of the day.

“The Yas Marina circuit is a familiar venue for the final race of the year, but the modifications to the track will provide a new twist and promises to give us an exciting conclusion to what has been a thrilling season.

“This is the first time we face the new configuration, including some areas with new asphalt, but we have been able to rely on simulations and other information in advance to prepare.

“In general, with the creation of some quicker turns, the track is now faster and with more overtaking opportunities.

“The result of these changes are bigger vertical loads, especially on the front tyres.

“But we don’t expect the overall severity for the tyres to change significantly, which is why we’ve nominated the softest tyres in the range.”

Test for the Young Guns

FIA Formula 2 also ends its season at Abu Dhabi, with Aussie Oscar Piastri sitting in the box seat, well ahead on points for the championship.

Next week F1 Teams have Tuesday and Wednesday to test with the final specification of 18-inch tyres for 2022, while a post-season test for F2 is scheduled from Thursday to Saturday.

“The first time we’ll see the definitive package of new tyres with 2022 cars in action will be during pre-season testing next year at the end of February,” said Mario Isola.

Supercars Australia CEO Sean Seamer has announced he is stepping down in the New Year to take on a role in the US. The Kiwi has done an impressive job in his four difficult years at the helm of Australia’s premier motorsport category.

“To navigate a pandemic and deliver two Championship seasons, sign a new broadcast agreement, sign a new naming rights partner, complete the sale of the business and launch the Gen3 Supercar is something we should all be proud of.” Sean Seamer 9/12/21