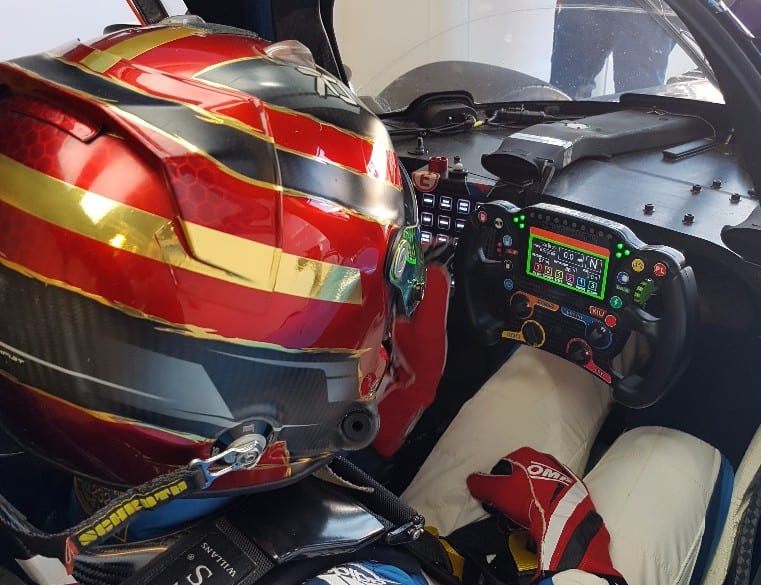 This week at Monza, the famed Italian circuit, joined regular race drivers Andrea Roda, Andrea Pizzitola and Matt McMurry in what was a successful two-day test ahead of this weekend’s  opening round at Silverstone.

Under sunny skies at the famed Italian circuit, the team worked through an extensive programme with the Ligier JS P217.  Aidan worked closely with Algarve in its preparations for both the ELM series and the 24 Hours of Le Mans.

Great to Drive at Monza

“It’s an honour to be selected as the Test and Reserve driver,” Aidan said. “I like my teammates and wish them well but, if need be, the team knows I can step in. We lost a bit of time on day one, but the second day went according to plan. It was great to drive the Ligier at Monza. It’s an really iconic circuit and once I got used to the car and the impressive speeds, we worked through a great deal of the run-plan.

“This fits in with my programme for the season which is varied to say the least! This weekend I’m in the Porsche Cayman at Silverstone OCC Lasik Racing for the Creventic 24H, and then I’m off to Sepang with the FFF Racing team for round one of the Blancpain GT Series Asia. I’m going to be busy!”

For Algarve Pro Racing, teaming up Aidan again was an easy decision to make, according to Team Manager Samantha Cox. . “He fits in really well with the team, which is important,” she said “We know he will always do a good job behind the wheel as he’s really consistent – and that’s crucial in endurance racing. He’s also growing with us and developing with every test, so it’s a real pleasure to have him on board.”