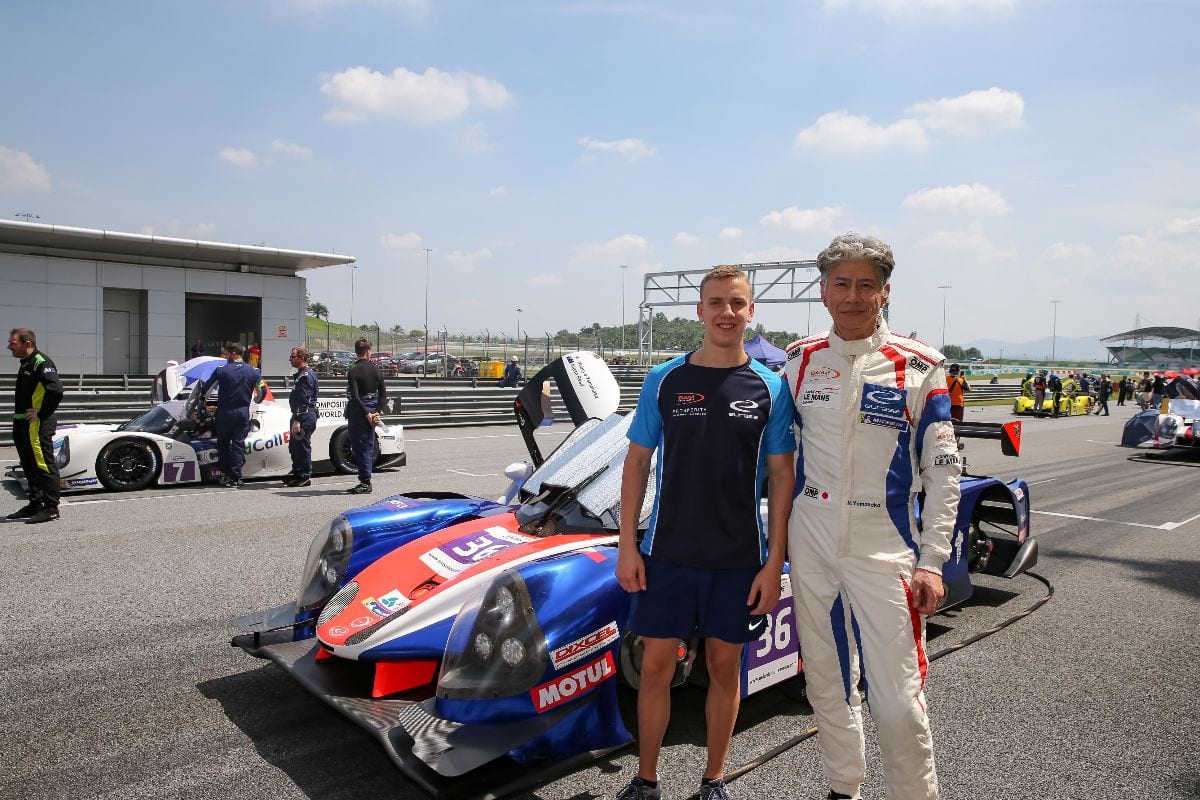 He and teammate Nobuya Yamanaka brought home the #39 Ligier LMP3 a creditable sixth on a day where the Perth driver proved the fastest driver in the class.

Aidan, again acting as coach and mentor to his Gentleman driver teammate, had tested extensively at the 5.543km Sepang circuit ahead of the ALMS season and arrived confident they and the Eurasia Motorsport team had a strong base set-up. The team worked through the two practice sessions before Aidan went on to record a time good enough for third on the grid.

Nobu took the start, battling hard with the fellow Bronze-rated drivers and enjoying a great tussle for seventh with Neale Muston in the Bratislava entry. Aidan took over for an eight lap stint on lap 30, setting the then fastest lap of the race before a strategy call saw Nobu jump back in.

Aidan’s second stint began at the mid-way mark and on lap 54 he put in an impressive 2:01.369s lap, a time that remained four-tenths quicker than anything achieved by his rivals. As the race neared the four-hour window Aidan moved up the field but he was unable to reel in the highly rated Dutchman Kay van Berlo and settled for sixth.

“It was a really good race for us – our pace was exceptional on new tyres and the balance of the Ligier was superb. Nobu did an excellent job too, it was his best performance yet and he didn’t put a wheel wrong. It’s been a great season and a year since I first met Nobu. His progress over that time has been impressive. And we can’t forget that Shanghai podium – the icing on the cake.” AIDAN READ

Aidan now heads to Europe for the first time for a season long campaign.

And you may follow his progress here throughout 2019 on Adrian Chambers Motorsports.com