All set for debut of Electric Bikes World Series 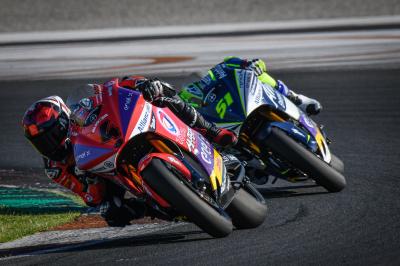 Germany’s 3.671km Sachsenring in Saxony is the venue for the inaugural round this weekend of this remarkable evolutionary motorsport series, the FIM Enel MotoE World Cup.

The five-round calendar originally coincided with the 2019 MotoGP schedule. But a disastrous fire in Jerez, Spain, in March destroyed all the electric bikes, forcing cancellation of the initial opener. The series now features six races.

The electric-support class features 18 identical Energica bikes, fielded by 11 teams. Seven of these teams are privateers that compete in MotoGP, and include Fresini, Angel Nieto, Avintia, Pramac, Marc VDS, LCR and Tech 3. Contingent on the circuit, the electric bike races will last between seven and 10 laps.