An exciting 10 days ahead! 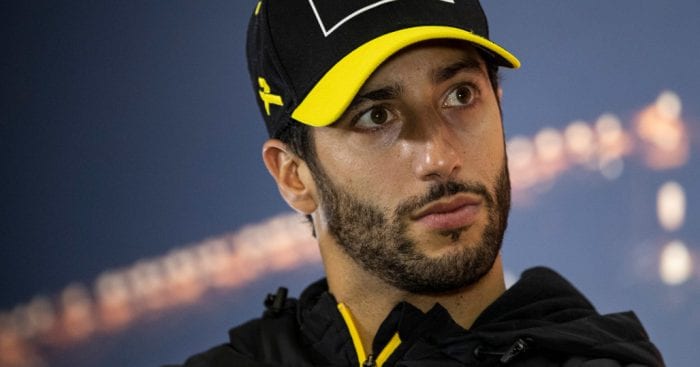 These are baffling times and the next 10 days or so undoubtedly will prove revealing on all fronts. In motorsport the wise word Is that both Lewis Hamilton and Sebastian Vettel are under the pump to declare their allegiances by the end of April.

Seb has told Ferrari he wants to stay, and almost certainly will if he’s offered more than a one-year deal.

One would think that puts paid to any switch by Lewis, although it’s widely reported the Brit has been chatting with Ferrari chairman John Elkann.

And now Daniel Ricciardo has confirmed he wouldn’t say no to a return to his old alma mater, Red Bull. As any sensible driver out of contract this year would as viable options lessen.

Mind you, there’s a plethora of weird and wonderful yarns out there about F1.

How About This One?

LAST WEEK the dailymail.co.uk reported that the world championship was scheduled to resume in early July in Australia. And no, they didn’t mean Austria!

According to that same source Melbourne would be followed by back-to-back races at the Silverstone Circuit, before the circus wended it wily way through Europe.

Unless the current crowd restrictions were lifted, it’s difficult to see the point in F1 starting in Australia unless there are serious contractual reasons no one is talking about. And the travel time would be horrendous.

But stranger things have happened. And these definitely are strange times.

Daniel Ricciardo, speaking from down on the family farm near Perth, on a link to the UK told Sky Sports’ vodcast presenter Natalie Pinkham:

“Would I ever rule out going to Red Bull? No. I think something I’ve learned growing up in life is never say never.

“It is hard having chats right now, because we are at a stalemate – nothing’s really happened. Normally chats start to come off the back of races, results and momentum.

“There’s honestly not a lot to talk about for now, it’s more about the current situation and how we’re going to deal with it. It’s all pretty slow and steady to be honest at this stage.”

If the offer’s ever made – and accepted – going head-to-head with Max Verstappen again is a challenge that would thrill the Aussie’s millions of fans if it were to come to pass in 2021. Remember Dan still has a good 10 years in F1, if that’s what he decides to do.

In recent times, Red Bull chief Christian Horner has always insisted Max’s side of the garage was never favoured more that Daniel’s back in the day. You could have fooled me!

And I reckon Max’s Dad Jos – who was boasting last week that his son was better paid than the Aussie – would have a decent input into any discussions along those lines.

“If it was for Mercedes or Ferrari I could have understood that.

“I was disappointed at the time because I’d put a lot into trying to retain Daniel and get him to stay.

“I just couldn’t understand his decision-making.”

Daniel has said often Red Bull’s handling of his extraordinary collision in Baku with Max and seeming to favour the Dutchman was part of his reason for leaving.

“It was a shame because there was a great dynamic between the drivers,” he said. “I was not aware of any frustration or favouritism he (Ricciardo) felt existed within the team. It’s something we talked about a lot over the years.

“I like Daniel very much, he’s a great guy, he was a great member of this team. He’s a great driver and I hope he still goes on to achieve some success.”