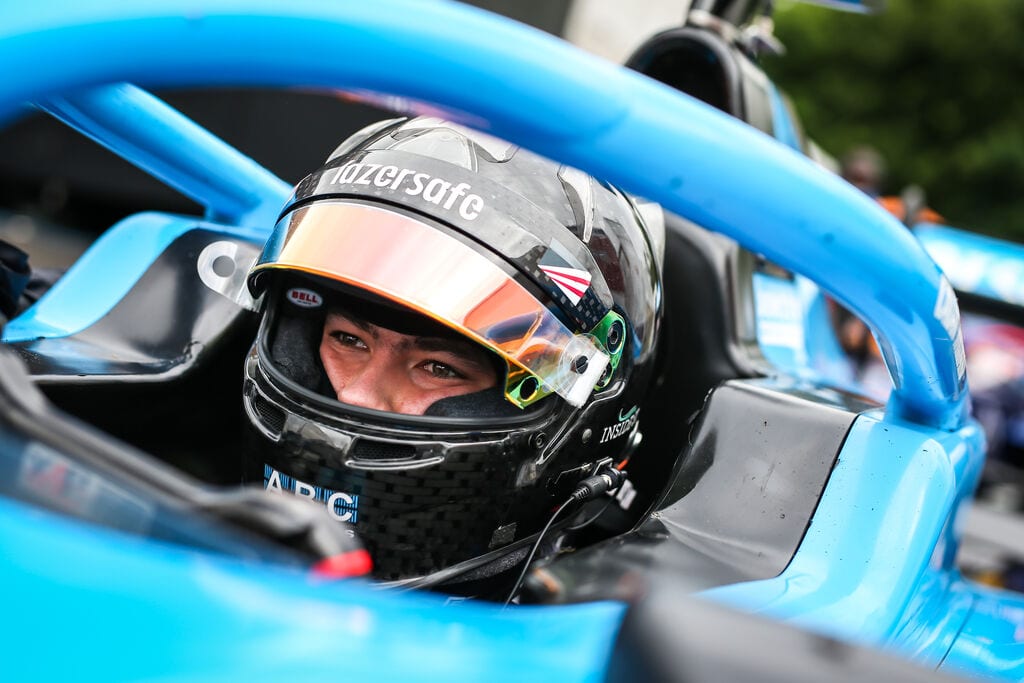 AFTER SITTING AS HIGH AS P2 in Qualifying at the Hungaroring and starting P5 before coming to grief in the wet, Calan Williams is expecting a better showing as FIA F3 lines up in the UK this weekend at the British Grand Prix. “Overall it was far from the result which I know I deserved,” said the Perth youngster.

“However in terms of everything which was in my control, it was another really good performance, and I take a great deal of confidence into the coming rounds knowing that we have very competitive pace.

“Thanks to everyone at home who sent so many messages of support again. And to the team at Jenzer Motorsport for the great car.”

By contrast, in only his third Porsche Mobil 1 Supercup race, reigning Porsche PAYCE Carrera Cup Australia Champion, 21-year-old Perth racer Jordan Love achieved his best ever result for the Fach Auto Tech team. He put together a classy drive in Hungary from 14th on the grid to finish eighth.

“I’m happy with that result, I made up three places on the first lap, and that was a great foundation for my maiden top 10 finish and the third in the Rookie class.”

Fellow Aussie Aidan Read returns for his second season this weekend as the ADAC GT Masters Championship gets underway at the 3.47km EuroSpeedway Lausitz located in northeast Germany, near the borders of Poland and the Czech Republic. He joins Schubert Motorsport in the #9 BMW M6 GT3 alongside teammate Joel Eriksson.

“We’re happy with the outcome of the official test and confident with where we are leading into the race weekend.

“I believe we’ll be in the mix for points.

“GT Masters is so competitive that less than a tenth can mean places gained or lost, so we need to keep developing as the weekend progresses.”

Silverstone is the first race of the year where Pirelli is predicting a “really severe test of the tyres” thanks to the high energy demands of long and fast corners such as the Maggots and Becketts complex, which load up the tyres with sustained G-forces, according to racing boss Mario Isola.

And that’s why it’s the first race of 2020 featuring the hardest C1 compound.

The legendary British track has been resurfaced twice in the last two years and, compared to last year, the surface should now be a little more mature and less oily as the bitumen settles. Track roughness is about average compared to the other circuits seen on the calendar.

“With consecutive races at the same venue, on a track that the teams know well, it was important to try and inject an additional element for the second race, which is why we are going one step softer for the 70th Anniversary Grand Prix, the following weekend.

“The first nomination broadly speaking should create between one and two pit stops. For the second race, depending on each driver’s strategy, we could see mainly two stops.

“Gaining data on the C4, which will face an extremely big challenge at Silverstone, will be the key to the second race, while the teams will obviously already have plenty of information about the C2 and C3.

“Silverstone is characterised by big lateral loads that put plenty of energy through the tyres, so avoiding overheating and managing degradation will be especially important.

“Finally, our 2021 tyres will be validated in a half-hour test at Silverstone with all the teams, so there’s plenty to focus on throughout these two weekends.”