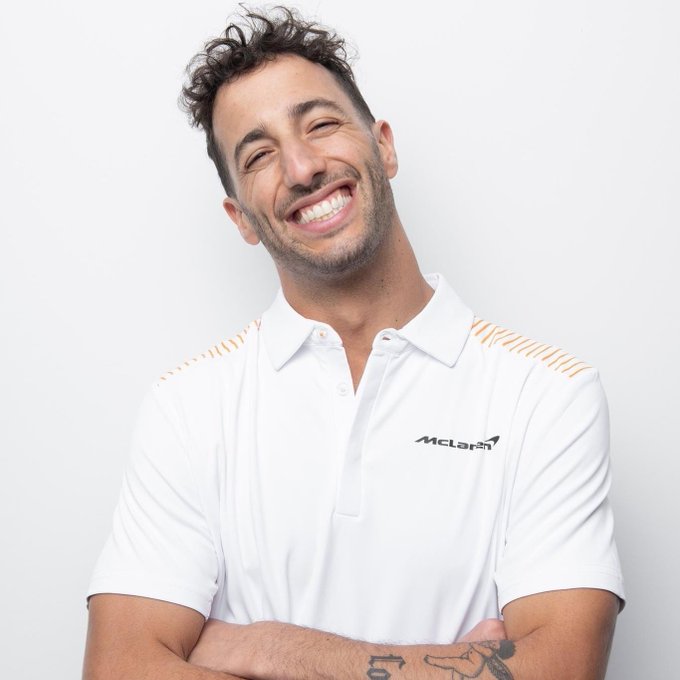 The season opening Formula One race at Sakhir turned out to be an absolute cracker although Daniel Ricciardo, struggling to maximise the performance of his MCL35M during the Bahrain Grand Prix, has a different opinion.  “I wasn’t that impressed with my race. We couldn’t find the pace, so every time I tried to get a bit more out of it, it wasn’t really there!”

When Pierre Gasly slammed his Alpha Tauri in to the rear of the Aussie’s McLaren soon after the start, the damage was more critical than originally thought. Despite that setback, the Perth gun handled the situation in his inimitable style – cool, calm and collected.

“Post-race we found damage to Daniel’s floor from the impact of Pierre running into the back of his car at the beginning of the race,” said Team Principal Andreas Seidl.

“The level of damage cost a considerable amount of downforce. Despite the performance loss, Daniel used his experience to cope with the issues and score important points for the team.”

Lewis Holds on for an Amazing Win

Meanwhile race winner Lewis Hamilton held it together for his 96th F1 triumph for what may well be one of his finest victories. And, you might be surprised to know it’s the first time since 2015 that Lewis has won the opening round of the season.

Track Limits Edict gets Thumbs Down

One downside to an otherwise-exciting grand prix was the ambiguity over track limits at Turn 4. It was patently ridiculous and F1 Race Director Michael Masi’s team must resolve that quickly.

And the Winner Is …

Apart from Lewis, Sunday’s biggest winner was its shortest (5ft 2in – 157cm) driver, Yuki Tsunoda, the pride of Japan! And Alpha Tauri. With just two years of international single-seater experience, 20-year-old Yuki pulled off a sensational drive to finish ninth on his F1 debut.

And the Loser Is …

And the biggest loser, hands down, was Russian Nikita Mazepin whose F1 racing debut lasted just a few hundred embarrassing metres, losing control of his Haas on cold tyres at Turn 2 and spinning through the gravel into the barriers. Result: damage too significant to continue – but he escaped uninjured and humbly apologised to his team for his rookie mistake.

Lando a Cool Customer Under Pressure

Daniel Ricciardo outqualified his new team mate Lando Norris on Saturday in Bahrain, claiming sixth on the grid to the 21-year-old’s seventh.

But the Brit flew past Daniel before the Safety Car was pulled midway through Lap 1, demonstrating the strongest pace of all in the midfield to claim fourth, with the Aussie eventually 20s adrift in P7.

“If I think 7th is a poor race, we’re looking alright!”

“Obviously it’s still new to me, so I’m sure there’s going to be a lot of homework for me to do personally to obviously keep getting better,” Daniel said.

“I made plenty of notes through the race of what I [was feeling in] the car and where that was holding me back, so I’ll give feedback, I’m sure they’ll give feedback to me and we’ll come to Imola in better shape. But I think if seventh is a poor race, we’re looking alright!”

“This feels like very familiar territory from two years ago,” said Ricciardo. “But even so, [in 2019] Bahrain was race two and I remember feeling still quite deflated, I would say, at that point. I felt like I had a lot to still learn with the new car at Renault.

“Here, I don’t feel like I’m as off the mark as much as then, and I feel like the progress and this process now will be faster. So I’ll put in the work and I’m sure Imola will be a stronger race.”

Formula 1 heads to Italy, and Imola, for the Emilia Romagna Grand Prix and Round 2 of the season on April 16-18.

Mercedes leads the 2021 Formula One Grand Prix competition with 41 points, from Red Bull on 28.

And Lando and Daniel’s combined 18 points from Bahrain puts the McLaren team in third in the constructors’ championship after race one, matching their finishing position from last year.