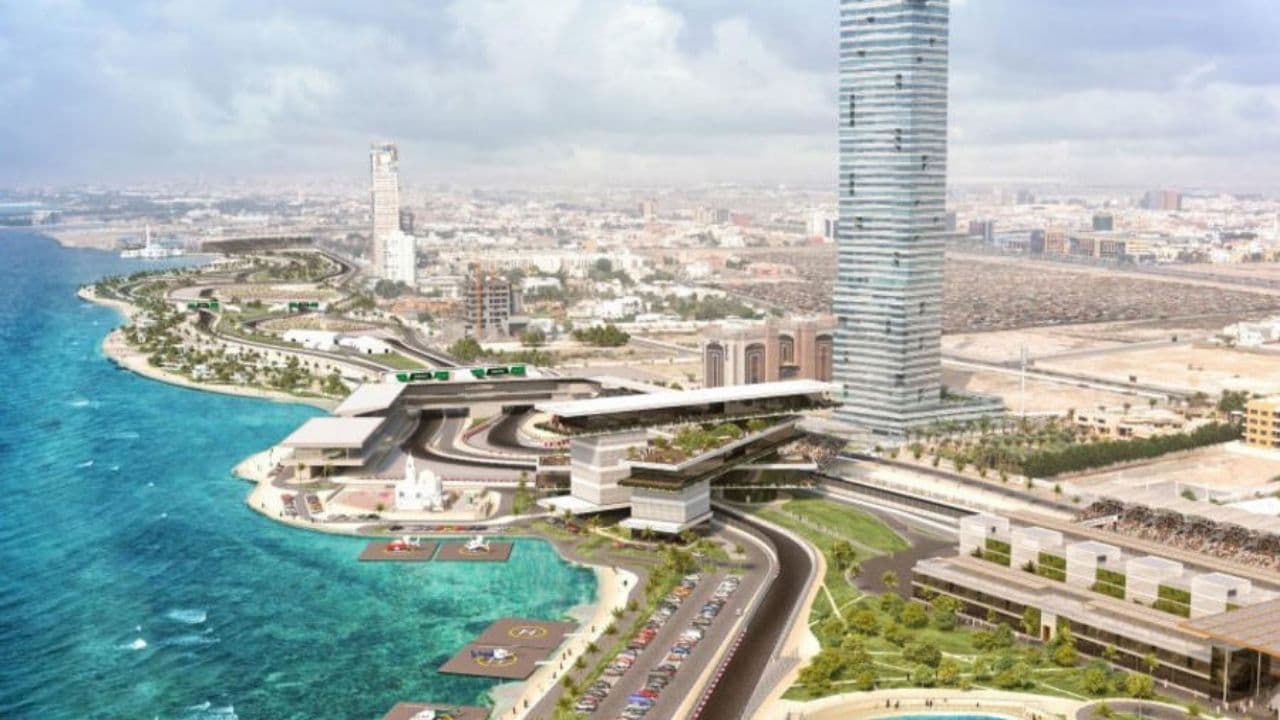 AS MOUNT PANORAMA HOSTS the legendary Bathurst 1000, the Formula One 1 circus is poised to pounce on the spectacular 6.174km Jeddah street circuit as Saudi Arabia becomes the 34th country to host a Formula 1 Grand Prix.

Max Verstappen leads the premier motorsport series by a mere eight points from arch rival Lewis Hamilton, with just two races to go in the 2021 championship which may well be remembered as one of the greatest of all time.

Bathurst a Fitting Finale to Festival of Motorsport

Meanwhile Australia’s Great Race, the Repco Bathurst 1000, roars into action around the mountain from 9.15am Sunday, a fitting finale to a successful six-day festival of motorsport in NSW.

The hugely popular Top Ten Shootout begins at 2:05pm (WST) Saturday to set the grid for the Great Race, which will be beamed across the globe.

The Bathurst 1000 brings down the curtain on an interesting stop-start year, rounding out the 2021 Repco Supercars Championship season.

Jeddah, already billed as the fastest street circuit in the world even before this weekend’s debut, has former world champ Damon Hill worried.

“The track we’re going to discover, I think it’s going be a big challenge, by the looks of things.

“I’m a bit worried about the speed. I mean, there’s not much run-off.

“They’ve got the SAFER barrier that they’re using, which is like they do in Indianapolis, but it’s going to be very high speed and not much run-off.

“That always gets your attention as a racing driver!”

Damon Hill, on the F1 Nation podcast this week.

Frankly, I am amazed that the circuit is even ready for racing, after watching a video of progress a couple of months ago. I raised concerns with buddy Phil Hawthorn who’s been working in Saudi now for two years. He was adamant there was no way it wouldn’t be ready for action.

The organisers have been racing against time to get the track built in time and it looks like they’ve done a super job!

Pirelli has chosen the three compounds in the middle of their P Zero range: the C2 as the White hard tyre, the C3 Yellow medium, and the C4 Red soft – the most commonly-selected nomination this year.

•             Although the Jeddah and Qatar tracks are completely different in terms of stress on the tyres – Qatar was one of the most demanding circuits on the calendar for lateral forces. Jeddah though is even more of a novel experience as the track has only just been completed, with very little data to rely on.

•             Pirelli guru Mario Isola says existing data and simulations from teams suggested the three middle compounds in the range are the best option for Jeddah and they should be well-suited to the demands of this very fast and flowing street race, run over 50 laps.

Designed by well-known circuit architect Hermann Tilke, the track is located in Jeddah’s Corniche area, and is the first proper street circuit since Baku in June.

And, as we’ve mentioned, it’s set to be one of the fastest too, with an average speed of over 250kph predicted in simulations – only just behind Monza, Italy’s famed ‘Temple of Speed’.

•             Jeddah has more corners – 27 – than any other track on the calendar. One of the most demanding is Turn 13: a left-hander featuring 12-degree banking that should place high g forces on the tyres.

•             Many parts of the circuit are quite narrow and unforgiving, with the walls close to the side of the track, which could lead to a reasonably high safety car probability, affecting strategy.

•             Jeddah is a night race, like all the last three races of the season, with the grand prix getting underway at 20:30 local time. This means that the pattern of track temperature is different to a normal race, with temperatures dropping over the course of each session. FP1 and FP3 are held just before sunset, with only FP2 on Friday and qualifying on Saturday (both starting at 20:00) likely to be representative of the race.

•             Conditions are set to be warm but humid, with the track located right along the northern coast at Jeddah. As it’s never been used before, drivers can expect a slippery and ‘green’ track at the start of the weekend. Unlike last up Qatar, Formula 2 and a Porsche competition are running as support events, which will help track evolution.

More Corners than Any Track on F1 Calendar

“Jeddah is probably the biggest unknown we face all year, as with the track being completed very close to the race.

“As a result, we can only rely on simulations from F1 and the teams, along with other information we’ve collected, to come up with our nomination.

“This street circuit looks set to be quite different to anything else, and the high speeds with fast corners will obviously play a big part in the way that the tyres behave.

“Jeddah has more corners than any other track on the calendar, and one of them – Turn 13 – also has 12-degree banking, so there are plenty of different elements that will keep the tyres working hard.”

F1 Supports are Back at Jeddah

AND NOW THE HEAT’S OFF Aussie Oscar Piastri with confirmation of his Alpine F1 reserve driver next year, he can give the coming races his all, currently leading the series by 36 points from China’s Guanyu Zhou, whose bankability guaranteed him an Alfa Romeo F1 drive for 2022.