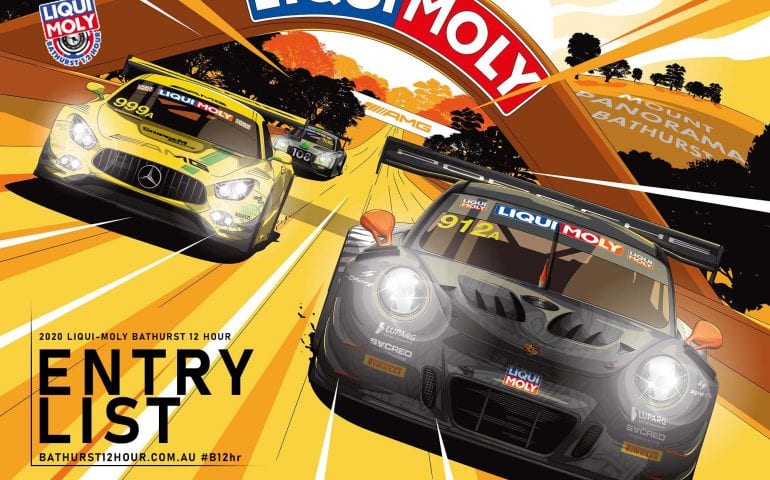 THE VERY NAME BATHURST conjures all that is magnificent about Australian motorsport. And come January 31 – February 2 the iconic 6.213-kilometre circuit returns to centre stage as a record 11 different GT3 brands contest the 2020 Liqui-Moly Bathurst 12 Hour.

While the international focus is on Mount Panorama, we’re ever mindful of a national landscape ravaged by the devastating destruction as deadly bushfires rage across a proud country.

At present there are no restrictions in accessing the Bathurst region from Sydney, 200kms east, but race organisers are working with the New South Wales Rural Fire Service, NSW Government and Bathurst Regional Council.

The action explodes Friday, January 31 with a sequence of one-hour practice sessions ahead of qualifying early Saturday afternoon AEDT, the top ten shootout late Saturday, with the 12 Hour endurance test setting off on its marathon journey in the early morning light at 0545 Sunday, February 2.

With its strongest GT3 grid yet, Australia’s International Enduro is again doubling as the opening round of the Intercontinental GT Challenge powered by Pirelli.

The event schedule for the 2020 Liqui-Moly Bathurst 12 Hour promises more on-track action than ever before at Australia’s International Enduro.

Practice for the 12-Hour itself commences on Friday morning with a 30-minute session for all-comers, excluding platinum and gold ranked drivers competing in Class A.

The 42-year-old, pictured below, is a three-time Bathurst 1000 winner and is the reigning Australian Endurance champion.

“Garth has been an integral part of the team since 2016 where he first drove with me and Rene Rast.

“Since then he’s helped move the whole team forward, his knowledge of Mount Panorama is without question, so we will again be looking to him to get the team up to speed from Friday’s opening practice session.

“Bathurst is always unpredictable, but it keeps drawing you back, and this year, we’re looking for another solid result.”

The Perth racer’s Bathurst teammates in the three 2019 Audi R8 LMS GT3 EVOs will be known in the next few days.