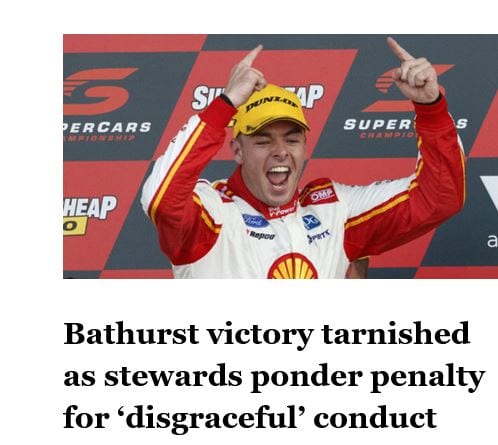 IT DISAPPOINTS ME to see Australia’s “Great Race” under any cloud after allegations of a Rules Breach. The event is a tiring and tedious one for Race Officials, along with everyone else involved. But surely it is the duty of those who bring serious charges to deal with them expeditiously. To allow the issue – for whatever reason – to be publicly aired and debated across the globe does nothing to add to the prestige of the Bathurst 1000.

Shame. But it’s too late now!

The heading in the feature image above from The New Daily – October 14, 2019 – illustrates my concern.