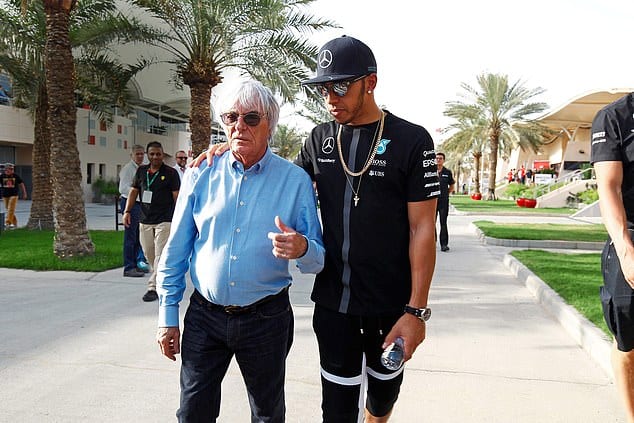 Bernie told Lewis that Formula One is not racist.

BERNIE ECCLESTONE, the 89-year-old creator of modern grand prix racing, has hit back at the six-time world champion Lewis Hamilton who called the former F1 supremo ‘ignorant and uneducated’ for his claims that there is no discrimination in the sport.

“Lewis could start by making people aware that those who are other than white are employed by teams and are given the same opportunities,” Ecclestone said in a statement, released July 22.

“Lewis, you state that I am uneducated and ignorant. I have the same level of schooling as you.

“At least I had a reason — I was at school during the last war, not always under the best conditions.

“You are lucky because if I had been properly educated perhaps Formula One would not be as it was for you to benefit as you have.

“I have done well out of it, too, but I was making money before I was in Formula One.“

“When you win another championship, it will be by your talent, and being in the right place at the right time.

“Like most successful people, you have had a little bit of luck and worked hard. But you are a special driver and a special person.

“We are all humans with the same movements. We must think in the same way. Don’t envy others. Just improve and catch up.

“We all have something different from others. Some of us are shorter, taller, slimmer, bigger, better looking. That is what we have in the end.

“Use it to satisfy yourself, but not to hurt others. We were all born the same way and this is how we should live.“

“As for my feelings for our black society, I pulled F1 out of South Africa after a white South African killed a black journalist because of his comments.”

“At a race weekend, I was given a car and a driver to use. I was in the car with Jochen Rindt, the F1 driver, on the way to the race track.

“A black person was walking in the road and the white driver opened the car window and, with a cane, hit the black person and made him walk on the side of the road.

“I shouted to the driver to stop the car. Jochen and I pulled the driver out and put the black person in the car and drove to where it was OK for our new passenger to get out safely.”

“I was semi-arrested by the police. I explained the facts of life to them, which they didn’t want to understand. That is how it was. I had many other incidents like this.“

“Life isn’t fair. We need to educate a younger generation.”