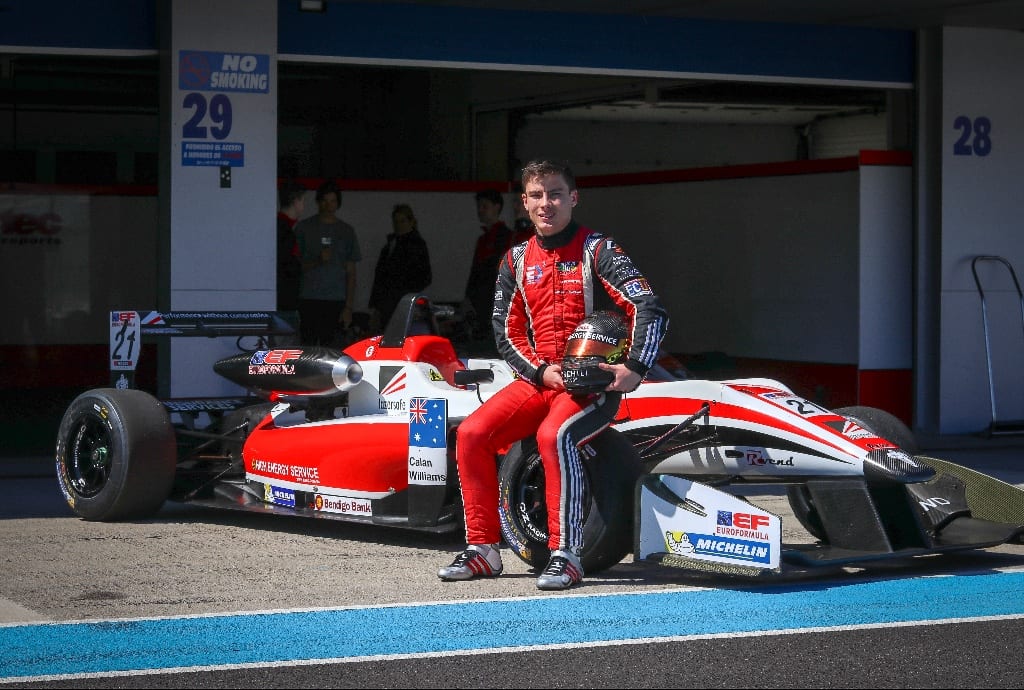 Having tested for the England-based squad late last year, Calan inked a deal for the Euroformula Open winter series, which included tests at Barcelona and Jerez in Spain, and a pair of races at Paul Ricard in France.

Calan, 17, has now signed on with Fortec for the start of the Euroformula Open season proper, with plans to find enough backing to make it a full campaign.

The series competes on some of the most famous Formula 1 venues in Europe, including Spa-Francorchamps, Silverstone, and Monza.

“I am extremely excited to be racing with Fortec in the Euroformula Open series,” said the reigning Australian Formula 3 champion.    “At this stage we have locked in the early rounds, however with the sponsorship we have and other backing we continue to build, the focus is on competing in all events.

“The Euroformula Open Winter Series events at Barcelona, Paul Ricard and Jerez has been an incredible step up.  I’ve been really pleased with the gains I have made with the guidance of engineering legend Mick Kouros, my race engineer Tom Toovey, and the whole team.”

Kouros, a legend of Formula 3 racing in Europe, said he’s delighted to have the talented teenages on-board for the upcoming races.

“Fortec Motorsport’s Euroformula Open team is looking forward to having Calan Williams join the grid for this year’s series,” he said.

“After having a successful winter series with Calan, who showed good performances on circuits that he’d never been to, the team is excited with the potential that Calan is showing.     And that will only improve as we begin the main championship.”

For more information, contact Greg Williams on 0409 299 509 or visit www.calanwilliamsracing.com