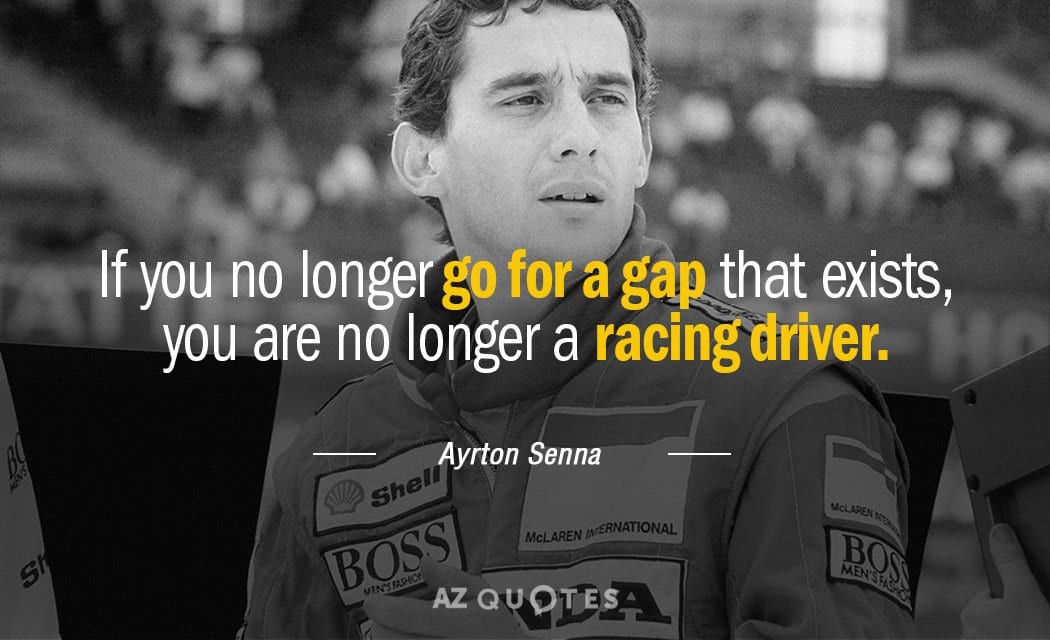 “No regrets. I tried. Would rather that than sit back without a heart.”

The FIA and F1 continue to shoot themselves in the proverbials, alienating their fanbase in the process, in their tardiness in doing something about the uncompromising rules governing world motorsport’s premier showcase. The stewards are afforded no alternative but to play by the Rule Book. And the regulations, not common sense, must rule.

(When I was involved with the PGA, I was reminded constantly that “the first rule of golf is: you can’t change the rules”).

A Kick in the Nutsack

“The rules should simply not be written to deter or prevent drivers from ‘racing’. Sure, Daniel Ricciardo was very cheeky with his last-lap moves at Paul Ricard, but the reward for his efforts should not be a kick in the nutsack and zero points. It’s bravery and excitement like this that we tune in for.”

Racing at Sunday’s French Grand Prix was decidedly dull – until the last lap!

Rookie Lando Norris had been nursing an ailing McLaren and the sharks were hunting him down, with Daniel Ricciardo, Alfa Romeo’s Kimi Raikkonen and Red Bull’s Pierre Gasly brilliantly dicing, at times running three-abreast, approaching one of the fastest corners in F1.

It was excitement plus after nearly two hours of processional racing. And precisely what the fans want to see.

It was a fierce fight for seventh with desperate Dan going off the track twice, which the stewards deemed were two separate penalties. Their decision effectively excluded him from the points.

(If drivers are tied on points, positions are decided on results countback. Wins are compared, and the driver with most wins is classified ahead).

No Doubt Dan left the track

Don’t get me wrong, just as Sebastian Vettel left the track in Montreal, there’s no doubt Daniel did at Circuit Paul Ricard. No question.

For mine, the present rules situation ranks as ridiculous as crucifying drivers with crazy grid penalties for vital changes/upgrades to their cars rather than punishing the Constructors. It’s a blight on F1.

Highly regarded Formula 1 sporting boss Ross Brawn said on Sunday three meetings were already scheduled to get more input from drivers (undoubtedly high on the agenda changes they would like to see to the Rule Book).

While F1’s major new regulations package has been delayed to 2021, surely the rules overhaul component must be addressed as a matter of urgency, to allow a modicum of common sense to prevail.