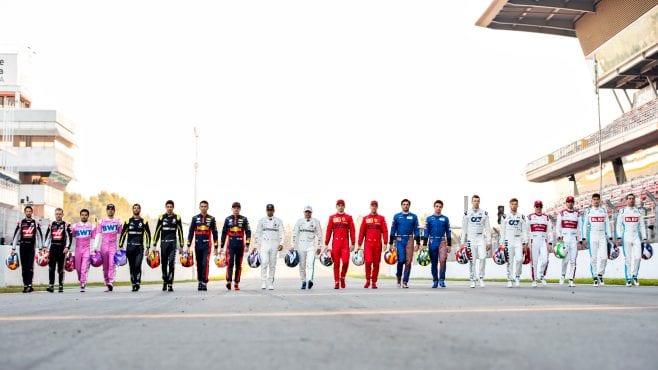 “I’M DEVASTATED I can’t compete at my home GP here in Melbourne & get the season started. Ultimately though the right decision has been made & I think everyone can understand this is something we’ve never seen before. Sorry to all fans who came out for the support. Much love.” ???? Daniel Ricciardo (@danielricciardo) March 13, 2020.

It was never going to end well when six-time F1 world champion LEWIS HAMILTON told a media conference Thursday he found it “shocking” that the race was being staged amid the global coronavirus pandemic.

“I am really very, very surprised that we are here. For me it is shocking that we are all sitting in this (press conference) room.

“It seems like the rest of the world is reacting, Formula One continues to go on – it’s definitely concerning for me.”

Many, many hours before the cancellation was announced, BBC Sport was telling the world Ferrari pilot Sebastian Vettel and Alfa Romeo’s Kimi Raikkonen were already on an Emirates flight, heading home via Dubai. The event was well and truly down the toilet now.

Then Victorian Premier Daniel Andrews, in Sydney for a COAG meeting with other premiers over COVID-19 issues (and never one to miss an opportunity), said publicly:

“On public health grounds, there will be no spectators at the Grand Prix this weekend – if a race actually happens at all.

“Now (organisers) are making the choice between no event or an event without fans.” Daniel Andrews, March 13, 2020.

Which, if you think about it, basically left the AGP A team with an antsy Paddock. And little choice.

So finally, later this memorable Friday morning, comes the official announcement – delivered by the A team in an enclosed and cordoned off Albert Park compound, with the world’s sports media scrum held back behind barriers.

The long-awaited opener for the world’s biggest motorsport series – the Formula One Rolex Australian Grand Prix – was cancelled!

That likeable and very capable F1 Race Director, Aussie Michael Masi (pictured, above left), was little more than a spectator in the ‘cancellation party’ as a staffer scurried about that compound waving a microphone for the inevitable questions. It was not a particularly good look.

Meanwhile it was some 90 minutes since the gates at Albert Park should have opened to allow the waiting thousands outside the venue in for the official Practice Day. Not a happy bunch of campers at all.

We now wait to the hear where we go from here. Carey, just back from Hanoi, did not bother to clarify the ongoing saga by admitting the postponement of Bahrain and Vietnam. Ex- F1 driver Martin Brundle, who’s as wise as anyone in this business and for whom I have the utmost respect, reckons there won’t be a race before June!!! I’d sooner trust his judgment these days than anyone else.

All in all, Friday’s performance was an absolute shambles, so don’t be surprised if there just happens to be a resignation or two in the offing!