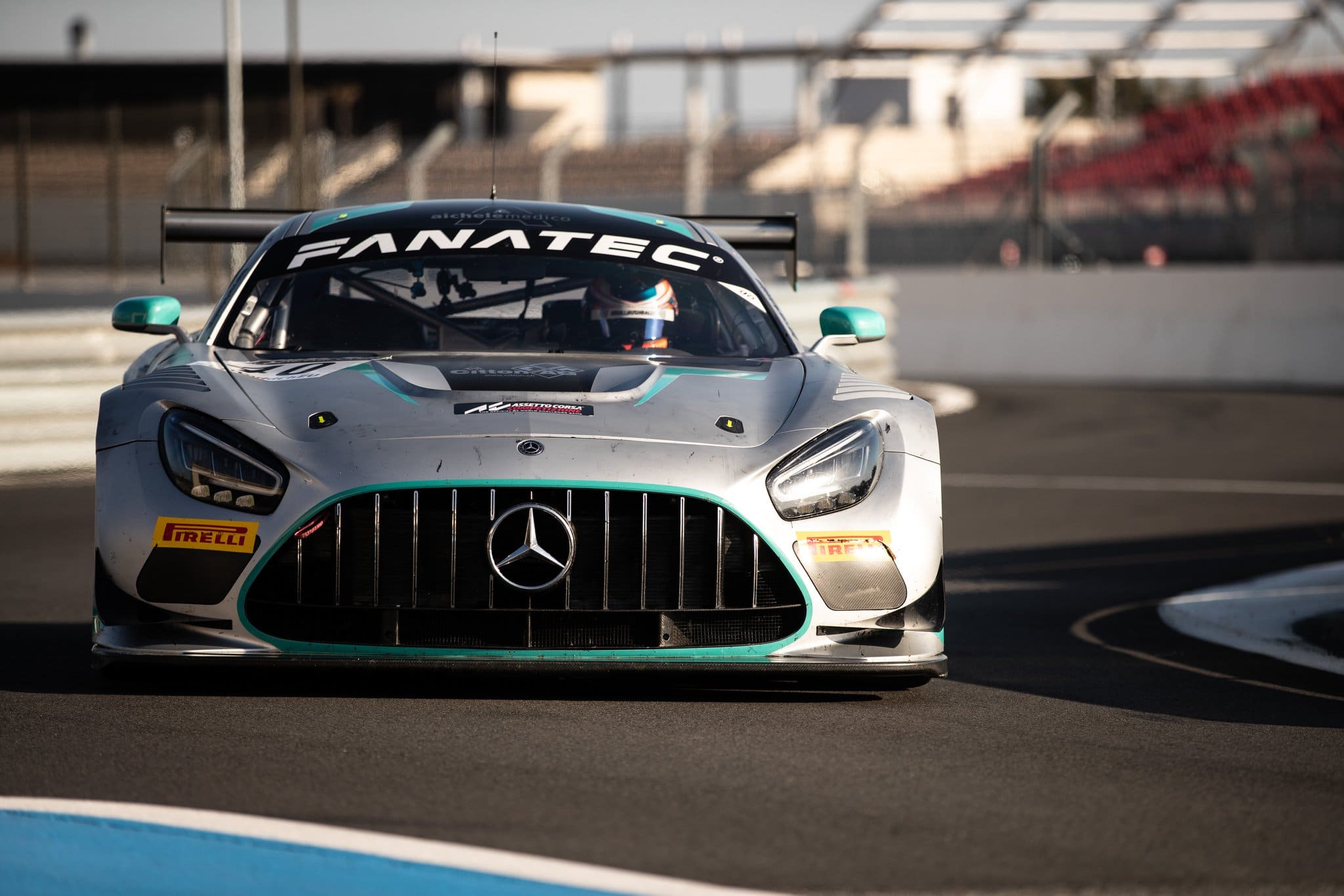 PERTH’s JORDAN LOVE expects prior knowledge of Spain’s famed Circuit de Barcelona-Catalunya to give his team the edge needed for the season’s final three-hour endurance battle.

A podium so far has eluded the 22-year-old and his SPS Automotive Performance teammates – Swiss Miklas Born and Yannick Mettler – during their 2021 campaign in the Fanatec GT World Challenge Europe Powered by AWS Endurance Cup.

The trio has delivered impressive performances in their superb #40 Mercedes-AMG GT3 over each of the championship weekends so far, fighting their way through huge fields. But SPS has seen a fair share of misfortune and bad luck over the course of the journey.

Yet Jordan is feeling confident of the pace ahead of the weekend and is looking to pay back the team’s hard work and dedication.

“SPS Team has Worked so Hard”

“It’s great to be back racing in Barcelona, where I will be able to hit the ground running from the first session,” Jordan said this week.

“I’ve relished the challenges of learning new tracks this season, but already having experience of the circuit gives me an opportunity to focus fully on squeezing the extra performance of the car from the off.

“It’s a great circuit, and I am hoping we can build on the strong result last time out to press on and get inside that top 5.

“The whole SPS Automotive Performance team has worked so hard this season and has been dealt some tough blows along the way.

“But we’ve progressed a long way since we first rolled out in Monza, and I am determined to push to get the best result of the season so far to sign things off.”

Finale ’21 Battles Go to the Wire

The young Australian has had to learn most of the tracks in play this season in his maiden GT3 championship, but arrives here at the 4.655km Catalunya venue – with its tricky 16 corners – with prior race experience from last season.

Even without that track knowledge, Jordan has delivered powerful pace at each venue, and this immediately puts him on a stronger footing for the final event.

There are Endurance Cup titles galore up for grabs this weekend with a titanic battle in prospect.

You might recall as F1 returned to the country last year wet weather descended on the newly resurfaced track on race day, with slick conditions causing all sorts of dramas for many drivers.

Lewis Hamilton, who actually won the event – and with it his 7th world title – was quoted as describing conditions as “shit with a capital S”.

In fact, it was a great race to watch. Sure it was one of the most dramatic and unpredictable races of last season. But these are, after all, the world’s premier drivers!

Weekend Forecast is Benign for Istanbul

Intercity Istanbul Park, aka the Istanbul Racing Circuit or the Otodrom, is a motorsports race track in the major city’s Tuzla district, designed by the premier racetrack architect Hermann Tilke.

This year, as Michael Masi reported in his regular bulletin, the 5.338km surface has been effectively water-blasted, a regular treatment that happens, apparently!

“We’ve seen that regularly used in Singapore as an example where the public roads that are used.

“They resurface those quite regularly because of the movement.

“That’s what has happened here, along with a few other changes.”

Straight-shooting Masi did not lay blame with the circuit for last year’s dramatic events.

According to F1’s managing director of motorsports, Ross Brawn (pictured left), the sport had opted to race in Turkey at short notice in 2020 (after a nine-year absence from the calendar), because of the pandemic.

Changes at the track simply added to the challenge faced by the drivers, he said.

“I appreciate drivers were not happy with overall grip levels.

“But it was a consequence of the late decision to race there as the calendar was revised to respond to COVID-19.

“I think drivers sometimes need to remember it’s a competition of who crosses the line first, so while grip levels weren’t high it was the same for everyone.

“Some drivers got their head down and came to terms with it, others found it a distraction.

“Having a challenging surface was no bad thing.

“It showed a driver’s talent to the max.”

Why Pirelli has Chosen the Tyre

The Turkish Grand Prix was added to the calendar to replace Singapore this year, and Pirelli has nominated the three tyres in the middle of the P Zero range – the C2 White hard, C3 Yellow medium, and C4 Red soft – one step softer than last year, when it was held in November.

•             This year drivers should benefit from better grip as a consequence of the softer compounds, higher asphalt roughness, and the likelihood of higher temperatures compared to last year.

•             The best-known corner at Istanbul Park is Turn 8, described as one of the great corners in Formula 1. It’s very long, at 640 metres (or 12% of the entire lap), and taken at high speed, with several apexes that place forces peaking at more than 5g on the cars and tyres.

•             As a result, Turkey is a tough track for tyres: with plenty of force going through the tyres. The cars consequently run high downforce to help push the tyres onto the ground.

•             Many other corners place considerable demands on the tyres as well: Turn 1 is approached with a significant descent before heading uphill, and the back straight also contains a swooping uphill kink nicknamed ‘Faux Rouge’ in homage to Spa. The entire track layout makes plenty of use of the area’s natural elevation.

•             With rain dominating proceedings last year, the teams don’t have much relevant tyre data – especially as the softest C4 compound has never been taken to Istanbul before. But this weekend’s forecast is for pleasant conditions.

“Following our tyre nomination, the track has undergone a high-pressure water cleaning process, which should lead to greater roughness and more grip.

“So there’s also the possibility that with softer compounds we will face higher wear levels compared to last year.

“That’s something we will only find out when we get there, so the work done in free practice will be very useful.

“Because everything was so new last year, we took the conservative option of coming with the hardest tyres.

“Going a step softer this weekend will probably open up the possibility of a few different strategies as well.”