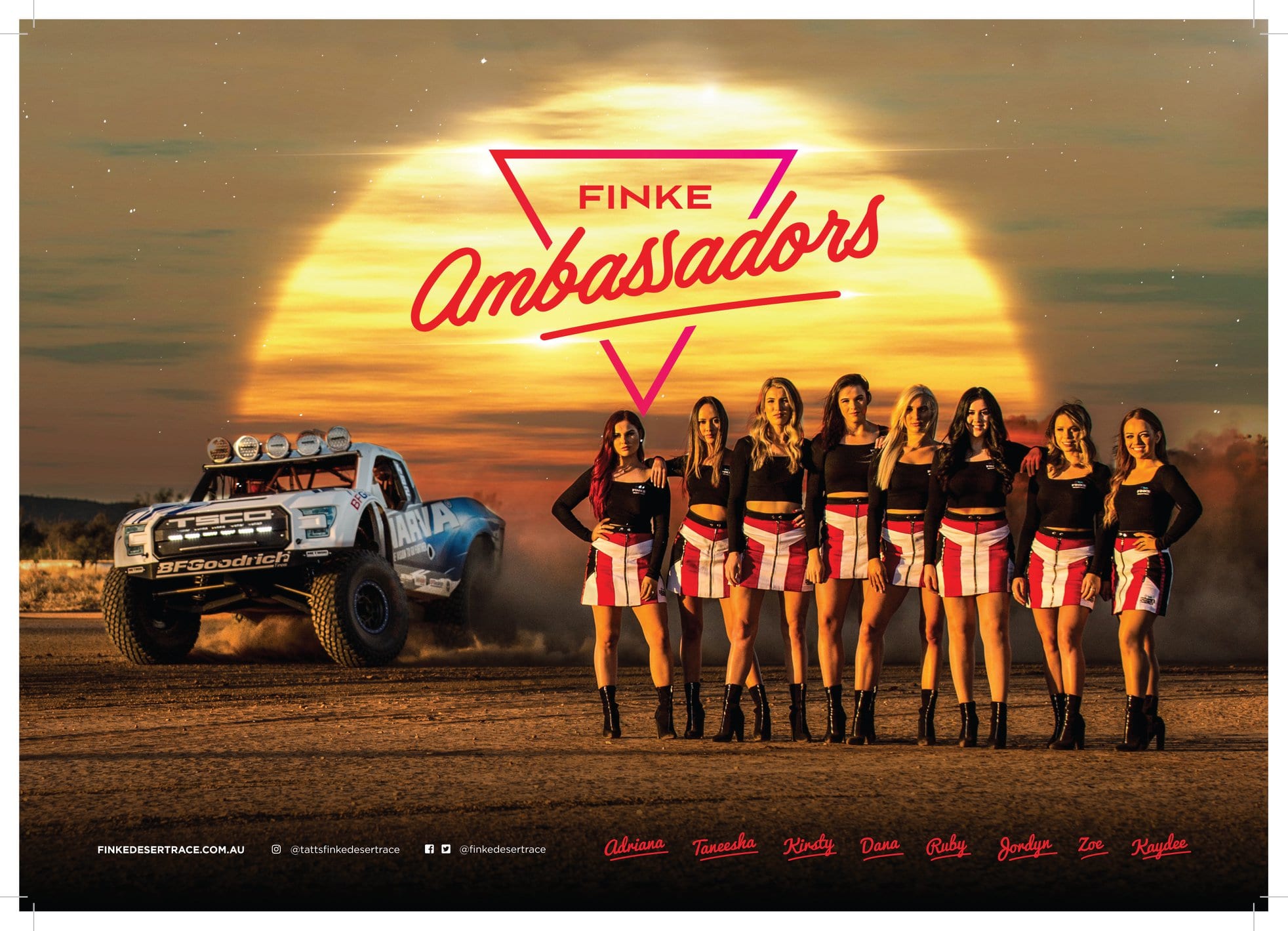 And it happens this weekend! The Tatts Finke Desert Race is an off road, multi terrain two-day battle through 460 kilometres of raw desert country from Alice Springs to the small Aputula (Finke) Community, in the Northern Territory.

The race crosses the Finke River, believed to be the oldest river in the world.

Held annually on the Queen’s Birthday long weekend in the NT, “Finke” as it’s known, is recognised as the richest Off Road Race in Australia with the added reputation of being one of the most difficult courses in one of the most remote places in the world.

Most fun you can have wearing a helmet!

“Finke truly is a unique event in that it enables people of all walks of life to become involved.”

Rarely would you find an event that has over 600 competitors racing over a 460km course that is open to all-comers.

The race started in 1976 as a ‘there and back’ challenge for a group of local motorbike riders to race from Alice Springs to the Finke River and return. After the success of this initial ride, the Finke Desert Race was born and it has been held every year since on the second weekend in June.

The race is run along sections of what was the Old Ghan Railway service track – adjacent to the railway line – along a winding corrugated track which snakes through typical outback terrain of red dirt, sand, spinifex, mulga’ and desert oaks. Even though the railway was realigned and rebuilt in the early ‘80s, with the old tracks being pulled up, the race continues along its original course.

Originally the Finke was only for bikes, but its increasing popularity saw the inevitable introduction of cars and off road buggies in 1988. A fierce rivalry developed between the two and four wheelers which continues to this day.

“As far as I can tell, Queenslander Toby Price has won six Finkes on two wheels, while Victorian Shannon Rentsch has won six on four wheels. And that’s impressive!” AC