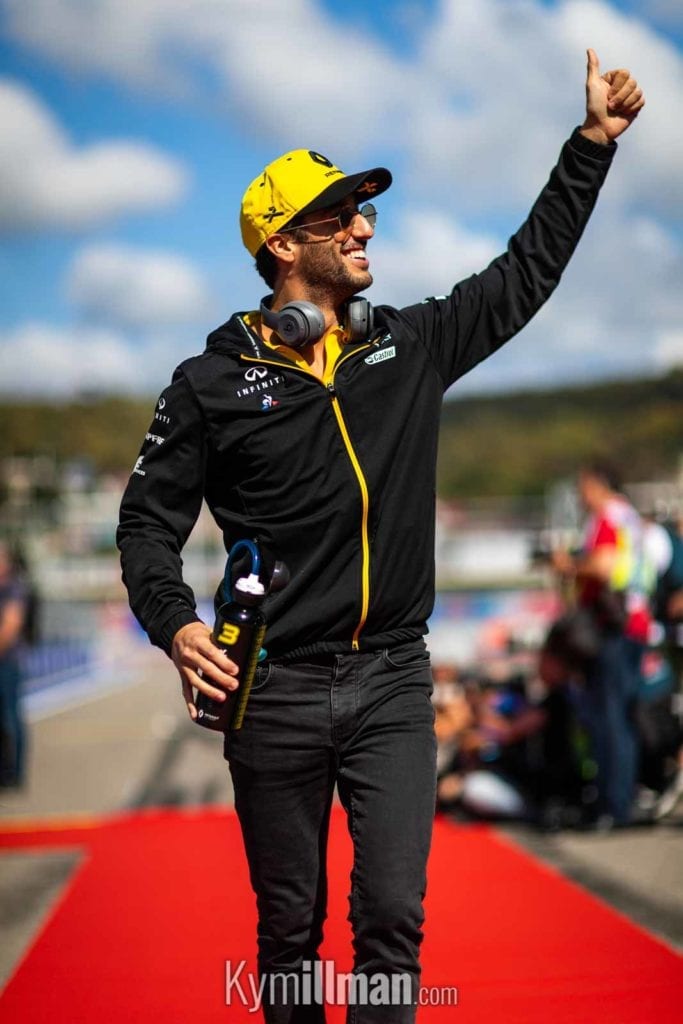 Having collected my Media Pass Wednesday afternoon I arrived at the Albert Park track at 9am raring to go.

I head straight for the media centre and discovered there are two.  One for journalists, which overlooks the starting line.

And another for photographers, near the entrance to the Paddock Club.

After registering and securing a locker, I put most of my camera gear away and head into the paddock, the area behind the pits inhabited by the teams and drivers, some corporates and a plethora of media.

As the drivers arrive, there’s a mad rush to get vision and photographs by the various accredited cameramen and photographers. Technically you don’t really have to know who’s who, you can just follow those in the know. The more people surrounding the subject, the bigger the name.

Most of the drivers move purposefully throughout the paddock, head down and with sunglasses on. You have to be quick to snap a shot unless they’ve succumbed to a plea for selfie.

After a quick ham roll from the media room sustenance station, it was over to an area where the drivers roll up to have their photos taken by the world’s media. All 20 drivers showed up over the two hours and posed in front of a black backdrop.

Lewis Hamilton decided he would take a pic of us, before we took his pic; it was the first time I’d seen him light hearted. Daniel Ricciardo was his usual jovial self, Fernando Alonso and Felipe Massa were relaxed and some of the younger drivers like Sergio Perez, Daniil Kvyat and Estaban Ocon looked a tad awkward.

I decided to go to the 3pm press conference where Alonso, Hamilton, Ricciardo and Vettel faced the world’s media. It was fascinating to see behind the scene that I’d watched on TV so often. It was amusing too watching Ricciardo and Vettel giggle away off camera while Alonso was answering a question.

After that I headed off around the track in an anti-clockwise direction stopping at various spots along the way to shoot the support events through the holes in the high wire fence.

Unlike Barcelona, Melbourne has far fewer spots to nab a clean, low angle shot. It was a three-hour, 5.5km walk to establish where the good spots are so that I know where to head to tomorrow for the 2 x 90-minute practice sessions. There are photography towers at turns 1, 2 and 9 that allow us to shoot over the top of the wire. There are a couple of photography holes on the inside of the circuit where the cars come within a couple of metres of us and at speed. I realised then that I should have taken a much wider lens for those opportunities and will take a bag pack around the track today with a selection of wide lenses e.g. 11-24mm.

I had a chat with Mark Johnson from Getty Images today; he is a gifted photographer who does a lot of work for Red Bull. I gleaned some ideas from looking at his work. Also at this event are two of my favourites Vladimir Rys and Darren Heath. These gentlemen are at the peak of their profession and can see photos where few others can. That is the challenge with this caper.

Apart from the driver pics, I found a couple of other interesting shots to keep me entertained.

That’s a wrap for day one of the Australian GP. Now for another 11-hour day.

When the world gets the first real look at the cars in race trim.