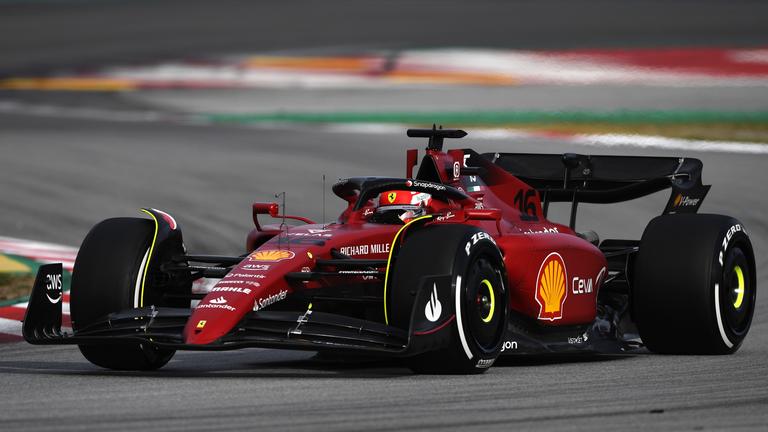 It took the seven-time world champ Lewis Hamilton until the final laps of the three-day Pirelli test of its new 18-inch tyres in Spain last week to top the overall timing lists, which officially set the 2022 Formula 1 season in motion.

The initial pre-season testing took place last week in ambient temperatures in Barcelona that ranged from six to 21 degrees centigrade, while track temperature varied between seven and 31 degrees.

The drivers ran on a dry track for the first two days, and on the morning of the third day, while on Friday afternoon the surface was artificially dampened to test the wet-weather tyres.

The Mercedes gun set the fastest overall time of 1m19.138s in the dying laps of that final day.

Aussie Daniel Ricciardo finished 10th on the list, a full second off the leader of the pack. And no one needs to tell Daniel the spotlight will beam upon him this season, like no other.

Despite the solo win at Monza last year, his reputation depends on vast and consistent improvement on the track. And taking the fight to Lando, and beyond.

But make no mistake, Daniel is upbeat following the 212 laps he completed around the Circuit de Catalunya in the MCL36, declaring the testing overall “pretty flawless”.

Pirelli’s motorsport director Mario Isola was pleased with the testing, which saw the debut on these new single-seaters.

“The teams and drivers all focused on gaining confidence with the new models and finding the best possible set up, so it’s too early to talk about the performance gap between the compound or degradation levels.

“This explains why the C2 and C3 compounds in the middle of the range, which are most often used here in Montmelo, were run more often than the others during the test.

“Setting the fastest flying lap obviously wasn’t the main objective, but we still saw some interesting lap times; around a second off the quickest race lap from last year’s Spanish Grand Prix.

“This makes it probable that these cars will end up even faster than their predecessors by the end of the season.”

Valterri Bottas, Lewis’ former team-mate reckons the field should be ready for anything: “After everything that happened at the end of last year, you’ll see. He will be pretty strong, and he will have the fire inside him, so beware!”

Meanwhile, Lewis reckons the 2022 pre-season was “the most exciting and interesting” he’s experienced!

And Max reckons, belatedly, Michael Masi was “thrown under the bus”!