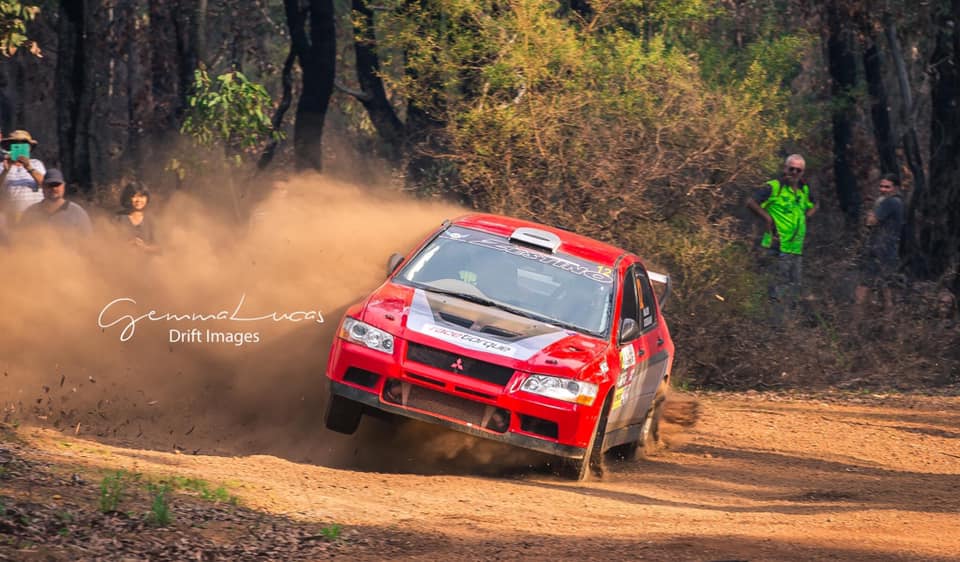 YESTERDAY I got to do something I have dreamt of doing since I was a little boy. A gravel rally. Somehow I convinced Kim Screaigh to jump in the deep end with me – never having driven fast on dirt or gravel until last week.

“We had no idea what to expect or even really do!” PETER MAJOR .

Sitting on the start line of the first stage, looking up this gravelly tree-lined road with visions of getting to the first corner.

Turning the wheel and driving off into the trees Kim start counting down from 5. 14 odd minutes later we were sitting at the end of the stage and I really had no idea how we got there it was all such a blur. But f$&k it was fun.

“What a great day at Darling 200 Rally. Pete’s first gravel rally and with some amazing driving and a bit of luck, SECOND! Thanks for a great ride.”

After a few more stages and a few changes of underwear I started to feel somewhat less out of control and more in control.

Driving the car onto the trailer at the end of the day without a scratch – and a big smile on my face – I think I might be back to do some more!

I have to thank the special Alpaca-loving farm owner for teaching me all about handbrake turns. And the boys at Race Torque Engineering for going out of their way to make it happen, when two weeks ago the car (Mitsubishi Evo VII) was sitting on a trailer with part of the rod sticking out of the block.

Also everyone else who helped. I’d be here all day thanking everyone but it was a blast and should have done it years ago!

CAMS Zestino Tyres Western Australian Rally Championship: The Darling 200 is a blind rally, which means competitors are issued with a road book and there’s no recce for competitors to write their own pace notes.