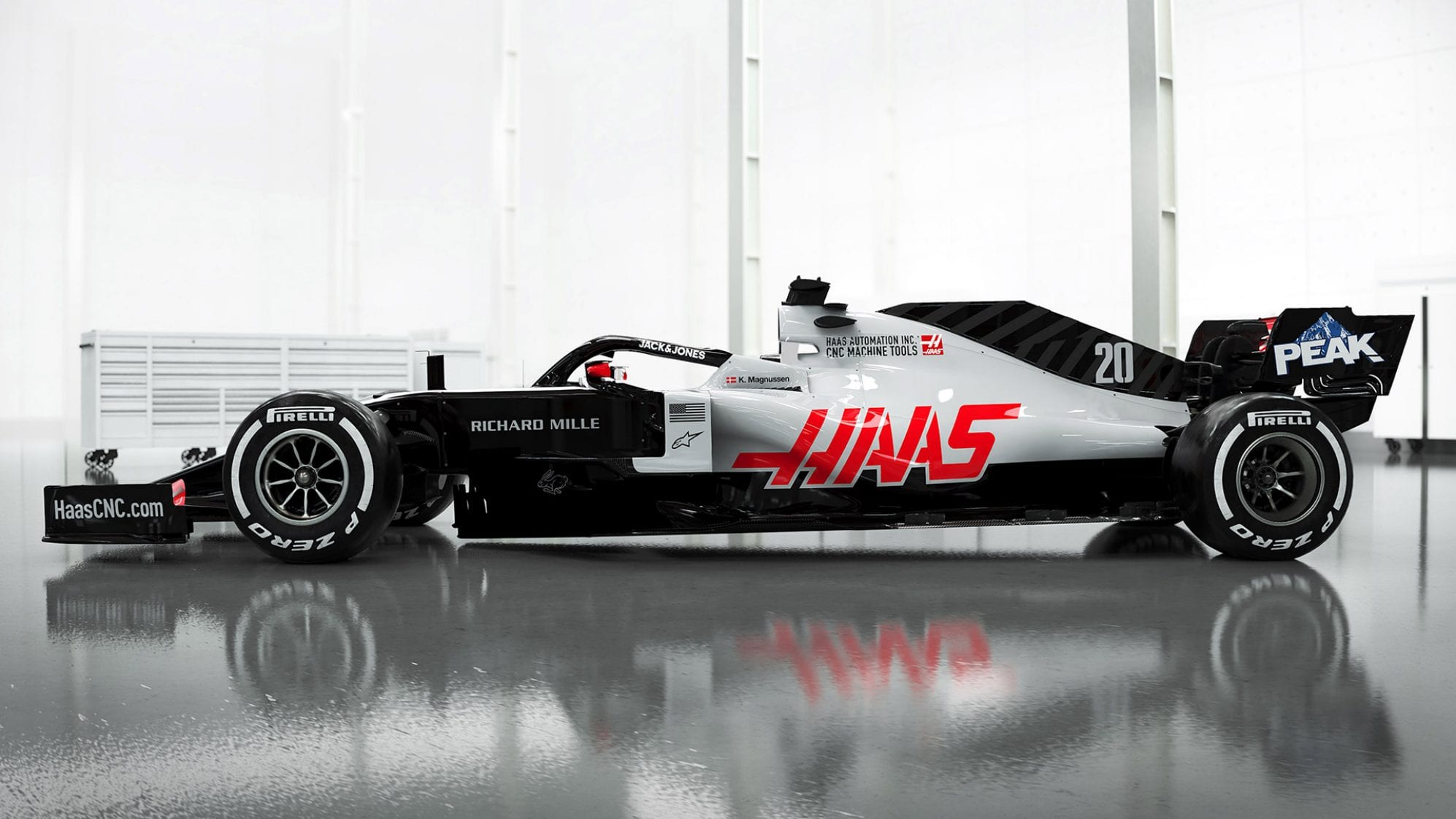 OUT WITH THE BLACK AND GOLD, and ex-title sponsor Rich Energy, and Gene Haas’ F1 Team is the first cab off the rank with its launch, after a less than satisfying 2019.

Ninth was not what the American team owner was looking for given the extraordinary success he enjoys at home with the Stewart-Haas Racing Nascar outfit he co-owns.

Fifth in 2018 Constructors a terrific result.

The resultant reduced share of Formula 1’s revenues is an unwanted and unacceptable financial hit, primarily because it’s Gene’s private stash he’s pumping into F1. And unless the boys and girls doing the hard yards – and their bosses – produce the goods, there may well be no Haas on the grid in 2021.

The low point last year undoubtedly was teammates Kevin Magnussen and Romain Grosjean coming together at Silverstone, on the opening lap of the British Grand Prix. And let’s not talk about former sponsor Rich Energy!

Gene Haas is expecting much, much more from 2020! At this week’s reveal he poignantly noted:

“We’ve been through a real education process, one that comes to all Formula One teams at some stage,” said Haas. “I’m trusting we’ve learned from those lessons and have applied that knowledge into making the VF-20 a more competitive entry.”

Next week features back-to-back launches, with Ferrari first off the mark on Tuesday – at Reggio Emilia, Italy.

ACM will bring you the lot!