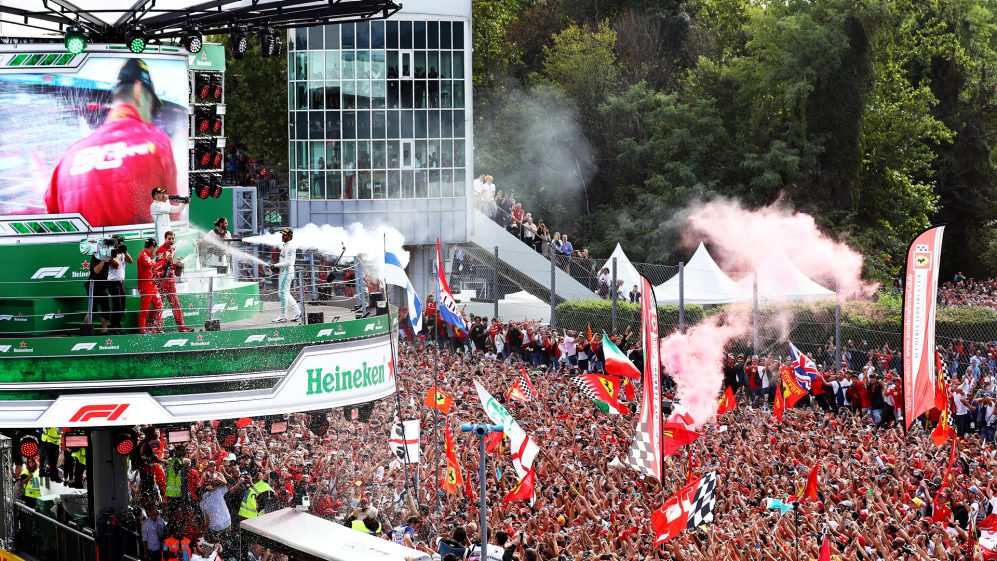 And here’s hoping Daniel can find his Mojo!

IF YOU’VE EVER WONDERED what it might cost to buy a seat in Formula One, reports circulating out of Spain this week suggest backers have stumped up a starting price of $55 million to put Guanyu Zhou in an Alfa Romeo for next season, alongside new team leader Valtteri Bottas.

When you ponder what European footballers and American basketballers, and others, are paid it’s hardly an obscene amount.

And probably not much more than Russian billionaire Dmitry Mazepin paid the strapped Haas team to get son Nikita a berth this year, alongside Michael’s son Mick.

Rumours are rampant that the relationship breakdown between the German and Russian rooky teammates, following their clash at Zandvoort is serious enough, for Mick to be looking elsewhere for his 2020 seat, given the sponsorship revenue the Mazepin family bring to Haas.

Nikita was seen forcing Mick to the wall on the pit straight as the German looked to find his way past. Uncle Ralf Schumacher has claimed Nikita “has no place” in Formula 1, due to his “dangerous driving”.

Considering the 22-year-old Zhou currently sits second on the FIA F2 championship and would become the first mainland Chinese in F1 the follow-on marketing rewards are inestimable!

Ever mindful that China is the world’s most populous country, the sport’s heavies know full well what enormous benefits such a move would unearth.

But it may never happen for the Alpine junior driver who certainly has impressed so far in his career, with F2 victories so far this year in Monaco, Bahrain and Silverstone, recently completed an in-season F1 test at the Hungaroring, and took part in FP1 for Alpine in Austria.

Back to Now and Monza fans

After having to run last year’s race with empty grandstands, thousands of tifosi have already descended on the Temple of Speed, Ferrari’s home circuit, for the Italian Grand Prix.

Asked if this race makes him feel like a F1 driver more than any other, Leclerc replied:

“Yes, probably here more than any other places in the world.

“Obviously Ferrari has so much support everywhere we go and we can feel it.

“But then coming to Italy, it’s just different. “And the amount of support we have here, it doesn’t get close anywhere else in the world.”

Meanwhile for Charles’ teammate Carlos Sainz it’s been a “crazy” first appearance in Scuderia red in front of the fans.

Monza – The Temple of Speed

Tonight’s Italian F1 Grand Prix blasts off at the famed Monza circuit with the second of the year’s Sprint Qualifying format, with teams given just an hour of free practice resolve issues before heading into parc ferme.

Basically, that means from the time the cars leave pitlane for Qualy teams can do little more than simple tweaks with their setup.

Debuting at Silverstone in July the FIA unveiled the hot-lapping style which highlights the new system which sees the first track action from Monza at 20:30 WST.

For Pirelli’s home race – on one of the fastest tracks of the season – Mario Isola and his team have chosen the three compounds in the middle of the range, the most popular selection of the season. The P Zero White hard is the C2, P Zero Yellow medium is C3, and P Zero Red is the C4.

During Friday qualifying, only the soft tyre can be used. In sprint qualifying, drivers have a free choice of tyres with no obligatory pit stop.

At the end of this race, they hand back the set of tyres that has completed the most laps.

Tyre rules for Sunday’s grand prix remain unaltered, apart from every driver having a free choice of tyres for the start.

Monza is best-known for its flat-out straights preceded by heavy braking areas, but with some slower and more technical sections as well.

The long straights also have the effect of cooling down the tyres, which can affect the precision of the turn-in during the following corners. But this of course depends also on the weather, which can vary at this time of year.

The teams run a low downforce package at Monza, in order to minimise drag and so maximise top speed on the straights. This puts the emphasis more on mechanical rather than aerodynamic grip.

The long straights also make it advantageous to try and gain an aerodynamic tow on the straights, which a number of the drivers tried last year during qualifying.

“We’ve seen from the past that a number of different strategies are possible at Monza, and with sprint qualifying adding another big variable into the mix, the teams are forced to re-think their entire tyre strategy for the weekend.

“It’s a rear-limited circuit with the focus on traction, so the particular challenge is to stop the rear tyres from sliding and overheating too much, as the low-downforce set up means that there is not much pushing them into the ground.

“The weather plays a part as well, as this issue is emphasised if temperatures are higher.”