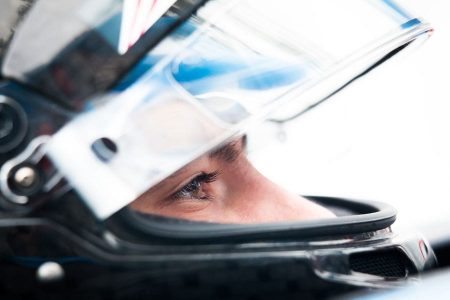 MONZA, venue for this weekend’s Italian Grand Prix, is infamous for its flat-out straights. Still, there are some slower and more technical sections added over the years to the Italian track to try to contain average speeds. One of the classic venues on the Formula 1 calendar, those extraordinary top speeds are thanks to teams running minimal downforce to avoid drag down the straights.

According to Pirelli, the trade-off is that there’s less aerodynamic grip through the corners, meaning that the cars then have to rely more on mechanical grip from the tyres. With less downforce pushing down on them, the tyres are more susceptible to sliding – which increases wear.

Sunday marks the 91st edition of the Italian Grand Prix, the 71st to count towards the Formula 1 World Championship, the only race along with the British Grand Prix to feature in every season since the series began.

Monza hosts Formula 2. Formula 3 and the Porsche Mobil 1 Supercup – as has been the case at every Grand Prix so far this year.

Jordan Love, Porsche Mobil 1 Supercup: “This place is bonkers!! Another mega track I can now tick off the bucket list. P10 – a step forward this weekend for qualifying but we didn’t quite maximise the best result possible in the race after being given false information about track limits from race control and a 5 second penalty that was later reversed. Now to Monza for the last round of the season… let’s get it!”

Calan Williams, F3: ”Frustrating race today.  Had our front wing taken off at the start when another driver swerved recklessly into me, for which he was later penalised. Lost about a minute with the slow lap and repairs. However, the pace afterwards was really good. I have the third fastest lap of the race and had lap times consistently quicker than the lead group even with the old tyres at the end.  It‘s a shame that we couldn’t convert the pace into points, but I‘m looking forward to Monza.”

Where the Weather’s Lookin’ Fine

Dan Fired Up for Temple of Speed

“We had a good result here last year with fourth and fifth as a team in the race. Let’s try and go one better this year.

“I’m feeling confident going into it, especially after our performance in Spa.

“We showed what we can do at a low-downforce track in both qualifying and the race.

“The result was great in Spa, so we’re determined to do it again this weekend!”

Pirelli has chosen the same compound selection as last year for Monza: C2 as the P Zero White hard, C3 as the P Zero Yellow medium, and C4 as the P Zero Red soft – the tyres that sit right in the middle of their F1 range, covering a wide spectrum of conditions.

However, the fastest race lap at Monza still dates back to 2004, courtesy of Ferrari driver Rubens Barrichello. Could this be the season when that 16-year-old Formula 1 benchmark finally gets broken?

“For the first time in history, we embark on two consecutive Formula 1 weekends in Italy: each with different tyre nominations too.

“Unlike Mugello (next weekend), Monza is very much a known quantity, with the teams having plenty of relevant data from these same compounds that were also used last year.

“However, the cars are now a lot faster, and the weather could also be a question mark: it’s often warm and dry, but there’s been rain in recent years too.

“Both a one-stopper and a two-stopper can work, but unlike last year, the drivers now have a fixed tyre allocation that has a direct effect on the strategy by influencing which compounds they ultimately have available for the race.

“However, this allocation has been designed to give the drivers the maximum possible opportunities, so that they can target the tyres that they want to have on race day.”

WRC Back On Track

The World Rally Championship finally resumes this weekend with the series visiting Estonia for the first time, while the GT World Challenge is at Germany’s famed Nürburgring for a six-hour race that makes up round three.

And expect surprises when Virgin Australia Supercars releases its 2021 calendar next month!