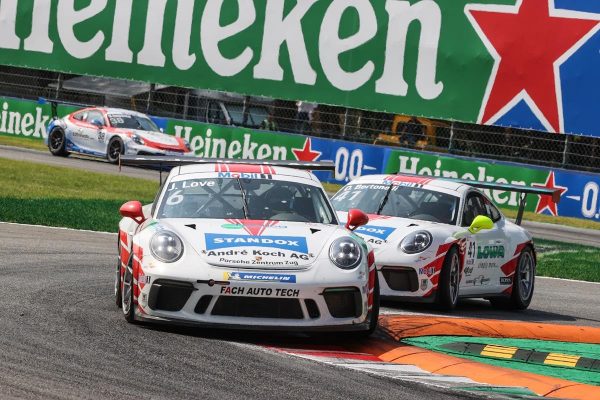 WAY BACK WHEN, deep in the Tuscan Hills of 1914, there was a road course popular with the young Roman elite. Nowadays it represents the narrow and quite bumpy track (with plenty of elevation changes) facing the teams in this weekend’s Tuscan F1 Grand Prix of Mugello.

For the first time this year, F1 will welcome fans to a Grand Prix weekend, with just 3000 spectators permitted entry.

The event is also known as the FI Pirelli Tuscan GP Ferrari 1000 2020, and it just happens to be the Scuderia’s 1000th race in the world’s premier motor racing series. A remarkable achievement!

The current (unofficial) F1 lap record is held by Rubens Barrichello and Ferrari from 2004: 1m18.704s, which is set to be shattered this year. While Mugello has never been used for a Formula 1 race and is better known for bikes, it’s an established F1 testing venue inaugurated in its current form in 1974.

The 15 corners are mainly medium to high speed, with no really tight chicanes or big braking zone throughout the 5.2-kilometre lap. The right-hand Arrabbiata corners are the two quickest of the track, probably taken flat-out in a Formula 1 car at speeds of around 260 or 270kph.

Mario Isola, Pirelli‘s racing guru, says it’s quite a technical layout as every corner is crucial for different reasons: the Luco-Poggio Secco–Materassi complex at the start of the lap is all about maintaining the highest possible apex speed and perfect racing line, while the Biondetti corners at the end of the lap (which almost make up a natural chicane) are vital as a launchpad onto the following lap.

“Mugello is a fantastic addition to the World Championship calendar with a particular significance for Pirelli, as it’s where we first ran our Formula 1 tyres back in August 2010, just two months after our agreement was announced to supply the sport from 2011 onwards.

“It’s a spectacular and very fast circuit that will definitely place big demands on tyres, which is why we have selected the hardest compounds.

“As with any new venue, Mugello represents a bit of an unknown for most of the drivers and an entirely clean sheet of paper when it comes to strategy.

“Free practice will be particularly crucial to collect as much data as possible, and we’re likely to see teams splitting their programmes to gain as much information as they can about every tyre under all circumstances.

“From our point of view, we’ve been able to prepare also by analysing data from our other championships that have raced at Mugello.

“Congratulations to Ferrari for reaching the incredible milestone of 1000 races: just one of the factors that make the team so iconic in our sport, and worthy of this fitting celebration where we are also delighted to be the title sponsor.”

Formula 2 and Formula 3 keep up an unbroken run of Grand Prix weekends so far this season by also coming to Mugello. This will be the final F3 round with Aussie Calan William going all-in for a good result, while F2 continues on to Russia.

Last weekend at the first leg of Italy’s 2020 triple-header, Perth young gun Jordan Love demonstrated his undoubted skills in taming the terrors of Monza, one of the fastest circuits on the planet, finishing seventh in a stellar field in the Porsche Mobil 1 Supercup finale, with the coveted Rookie classification podium.

After five seasons in the international one-make cup series Dutchman Larry ten Voorde (Team GP Elite) dominated the final round to secure the championship title and the Porsche 911 GT3 Cup.

It was the best result of his debut season and the young West Australian was rewarded with valuable points, as well as the podium.

“Wow, I am so happy with this result, Our pace was good, and I knew from the start of the race that we had a good chance.

“The two safety car periods in the early stages meant that I couldn’t attack as I wanted to, so I had to push in the second half of the race.”

Team principal Alex Fach was full of praise for his driver following his progression from tenth to seventh during the race:

“Jordan didn’t put a foot wrong today and was really clever in the way he drove. The results this season have not always reflected his performance, but he has been on a very steep learning curve.”