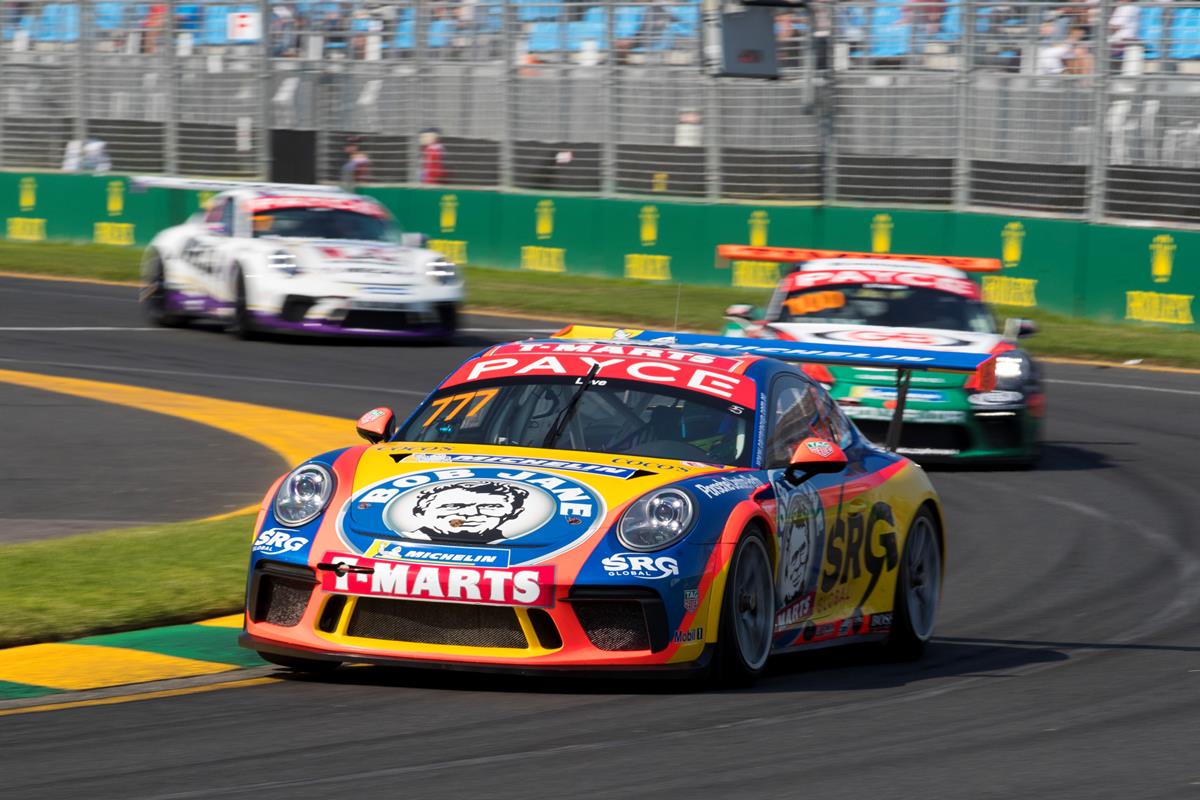 DALE WOOD TOOK weekend honours, but it was his 19-year-old teammate Jordan Love who dominated Sunday’s final Porsche PAYCE Carrera Cup Australia race at the Formula 1 AGP with an impressive eight-second victory, with Michael Almond third. “I’m super stoked to come away with the win here at Albert Park,” said Wood. “It’s our home round and one of the biggest events of the year. I’ve got all my sponsors here, all my supporters, my little boys and wife. I’m a very happy man.” Perth young gun Love secured second for the round and was the best placed Michelin Junior for the Michelin Super Round. He now ventures to Germany for the FIA Formula E Berlin E-Prix as part of his prize. Love has continued his impressive charge up the Carrera Cup Australia order wins in races three and four at Albert Park. Over the past six races he has placed sixth, fifth, fourth, third, second and first. “It doesn’t get much better than that. Obviously, we were strong in qualifying so to come back and get third and second and then keep moving forward and get the wins is awesome,” he said. After Adelaide and Melbourne, Wood now holds a 39-point lead in the Outright and Pro standings over Love, with David Wall 10 points back. The series returns to the track for round three at Phillip Island April 12-14. EDITED by AC