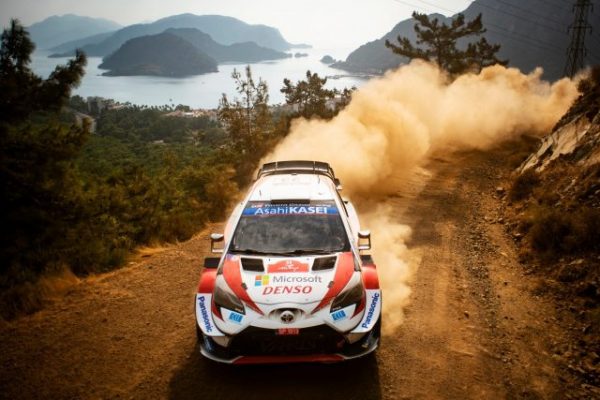 And with a fourth consecutive victory for United Autosports also came the LMP2 title, with one round remaining in the 2020 Championship.

Di Resta was making his third appearance at Le Mans and it turned out to be the perfect weekend for the Scotsman and the team after they claimed pole position and the win in their class, finishing fifth in the overall result.

“To win Le Mans is exceptional, especially taking into account that we have now won the last four consecutive WEC races – that’s something quite unique.

“I was fastest in Hyperpole to secure us pole-position with an LMP2 lap record.

“Of course with no fans here this year, it hasn’t been the same atmosphere but it was a great race right up until the end.

“It’ll take a while for me for this Le Mans victory to sink in.

“The team was magnificent all week and our car never missed a beat.”

Overall it was a good day for ex-F1 stars as Sebastien Buemi, Kazuki Nakajima and Brendon Hartley teamed up to win the 88th Le Mans 24-Hour Race for the Toyota Gazoo Racing team. They completed 387 laps of the 8.467-mile circuit in the LMP1 class – five more than runners-up Rebellion Racing, who included Bruno Senna in their driver line-up.

It was Buemi and Nakajima’s third Le Mans win in a row with Toyota Gazoo Racing.

“Just after the start we had a puncture and then a brake issue. All of a sudden, you feel like everything is lost!

“But at Le Mans it’s never the case. With what happened to the sister car and the Rebellions, in the end we were there.

“It’s an incredible feeling, I’m so happy we made it. It’s amazing.

“We get to keep the big trophy now, when you win three times.

“That was the main target!”

With PlanetF1.com – Edited by AC

Elfyn Evans won a mad Rally Turkey on Sunday afternoon to reclaim the lead of the FIA World Rally Championship.

He soared from fourth to grab his second victory of the season in a Toyota Yaris from Thierry Neuville and Sebastien Loeb by 35.2sec after a remarkable final morning when punishing rocky roads caused chaos for his rivals.

Evans leads the standings by 18 points with two rounds remaining and was the only front-running driver to escape from the clutches of the fearsome 38.15km Çetibeli speed test with his car intact.

Championship leader Sébastien Ogier remained on course for a podium until he stopped in the second pass through the stage with smoke pouring from the engine bay of his Yaris.

The WRC switches to the Mediterranean island of Sardinia next month for the sixth and penultimate round. Rally Italia Sardegna is based in Alghero from October 8-11.

FIA World Rally Championship (after round 5 of 7)