Local Lad on the Brink 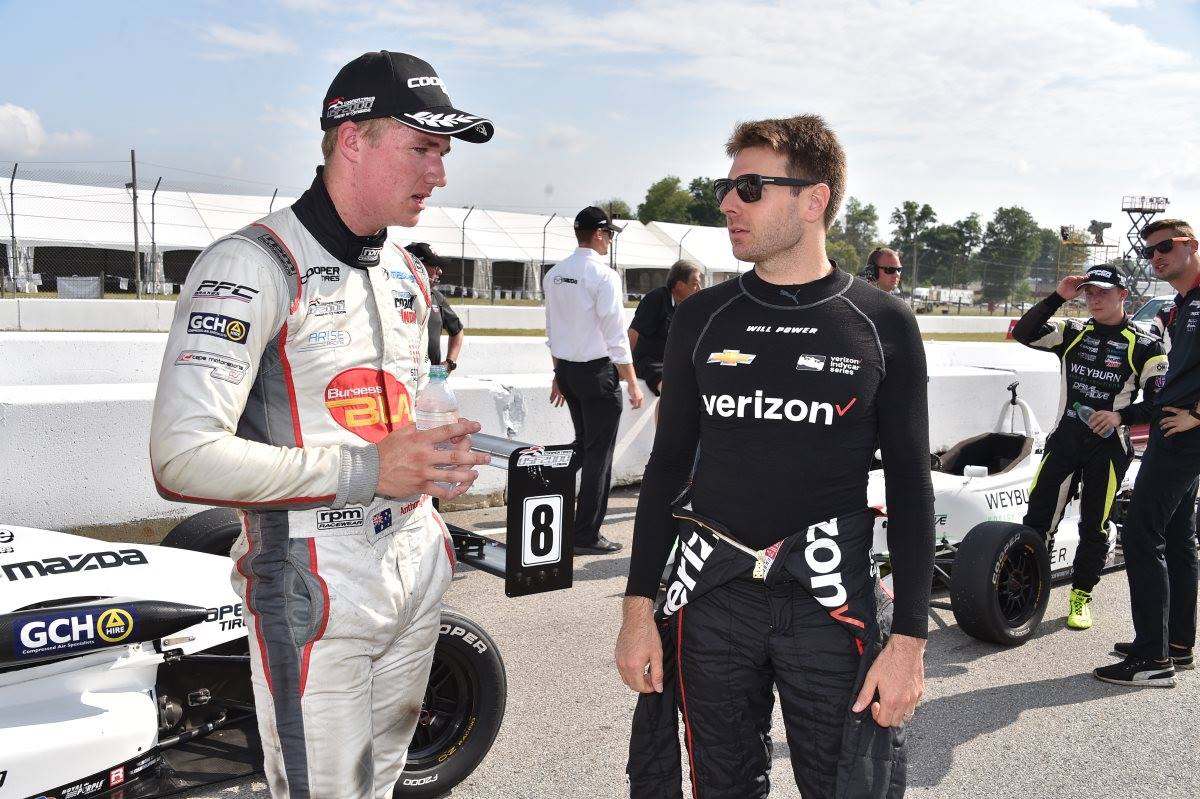 Kalgoorlie’s favourite son Anthony Martin has one hand on the $500,000 first prize in the competitive USF2000 after a three-race clean sweep in Ohio at the weekend.

He has taken a 21 point lead in the Road to Indy championship with only one round to go – the famed Laguna Seca in California September 9-11.

The 21-year-old qualified fastest for all three races at the 3.6km Mid Ohio circuit near Lexington and led each from green light to the chequered flag.

Although based in the US for the seven month 16 round season, Martin now lives with his parents, Lee-Anne and Mike, in Banksia Grove.

“It really was a dream weekend for him,” his mother said from Perth. “He drove smart and brought the car home in one piece.

“And after each race Aussie IndyCar champ Will Power came over and congratulated him and spent time talking with him. How cool is that!

“The last race Will was right there waiting for him when Anthony drove his car in.”

The Martins have booked their flight to Los Angeles next month to watch the last two races at the 3.6km 11-turn road course outside Monterey to cheer him on.

“We are so relieved he has managed to get back in front of his Cape Motorsports teammate Parker Thompson again, but now Anthony has to remain focused, qualify fastest and either win or come second to take the title,” Lee-Anne Martin said.