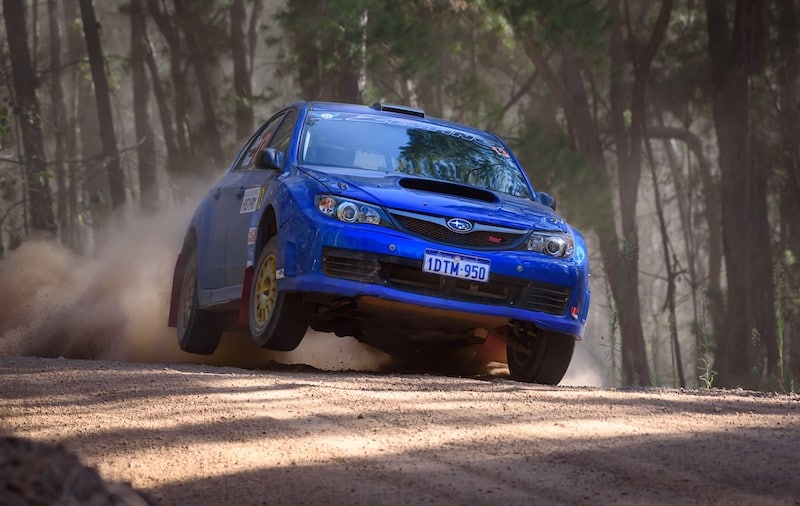 Western Australia’s gun drivers are back this weekend to contest the WA Rally Championship – on the tricky gravel roads near Nannup – for the 2021 Make Smoking History Forest Rally. It’s the second round of the WARC and Clubman Cup, with 45 entered teams hoping to collect sought after points for their 2021 season campaigns.

The event opens Friday night with the Bunbury Super Special Stage at the local Speedway circuit and Autocross track. A new addition to the Forest Rally programme, this stage offers an arena-like atmosphere under lights, with two crews competing simultaneously on the 1.8km course.

On Saturday competitors head to the forestry roads around the picturesque Nannup region to start Heat 1, with eight stages and 129 kilometres of competition to set their best time, before returning for Sunday’s Heat 2 and a further five stages and 62 competitive kilometres.

The pressure is on Clubman Cup competitors who cross the finish line a day earlier than their WARC counterparts, with just ten stages and 101 kilometres in which to set their event winning times.

Clerk of Course Ross Tapper said organisers and competitors were glad to be back in the Nannup region after the pandemic forced a change in the course last year.

“You could say that the pandemic caused a bit of a break in the usual programming last year, but we’re thrilled to be back in the area that Forest Rally is synonymous with,” Ross Tapper said.

“The locals are always very welcoming, and the roads provide plenty of variety for teams.

“It’s a pity our competitors will be going too fast to enjoy the scenery because that’s quite stunning also!

“We do have a couple of new additions to the Forest Rally programme this year in the Bunbury Super Special Stage and the Nannup Power Stage.

“Both stages should be quite the spectacle to watch and provide some close quarters rallying.”

Being one of the highlights in the WA Rally Championship calendar, the Forest Rally entry list sees many familiar names in Western Australian rallying.

Current WARC leader and no stranger to the Forest Rally podium John O’Dowd returns with co-driver Toni Feaver in the Skoda Fabia., seeking another round win to further their Championship lead.

In search of a podium place will be Ben Searcy and co-driver Daymon Nicoli in a Mitsubishi Lancer Evo 9. Searcy has shown his versatility in the sport by transitioning from a sought-after co-driver to a driver who consistently places in the Top 3.

One to watch is rookie driver Ali Aslam. Ali finished the first round of the WARC in 5th place – an impressive first event result considering the quality of the field he was up against. He is paired with co-driver Michael Wood and is driving a Subaru Impreza.

In the 2WD category, 2020 championship winners Michael Joss and Megan Logue’s season couldn’t have started better – the duo took first place in Round 1. They’re back in the Nissan Silvia S15.

The Clubman Cup and Clubman Masters is a lower cost category that offers great rallying competition with less time and budget commitments.

Round 1 Clubman Cup winner Tom van Kann returns with co-driver Steven Proctor, in the Datsun 200B.

After recently competing in the Rally of the Heartland in South Australia, Bruce Lake and Peter Hall are back in the West and looking to expand on their Clubman Cup points in the Nissan 260Z.

With the Current Clubman Masters leading driver absent from this round’s entry list – one of the category’s three contesting teams will cross the Forest Rally finish line as equal points leader, with competition predicted to be tight between the three.

Likely crowd favourite John Ludlam’s rotary-powered Datsun 1600 – nicknamed the Dazda – should keep the heat on both the Toyota and Carl Rattenbury and co-driver Ashley Burton in the Ford Escort.

The Forest Rally is sponsored by Healthway and the Make Smoking History message, Tourism WA, Shannons and the Shire of Nannup.