Martin Brundle is new Chairman of the Grand Prix Trust 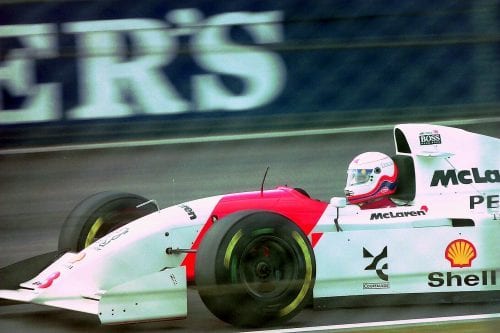 In my book, the affable Martin Brundle is top of the pops as far as Formula One commentating goes.

The British driver, who competed in 158 F1 Grands Prix from ’84-’96, takes over from Sir Jackie Stewart, the feisty Scot who is stepping aside from the Grand Prix Mechanics’ Trust he founded 30 years ago.

Re-birthed last week as the Grand Prix Trust, Stewart and Ken Tyrrell set up the charity to help former F1 mechanics in times of need.

“I fully understand his reasons for stepping down from various entities to enable him to refocus,” Brundle said. “I’ve been a Trustee now for 20 years, and the Chairman’s are very big shoes to step into, but I relish the challenge.

“There’s a lot more work to be done, and we need to expand, communicate and inform in order to keep up the invaluable support. We have some exciting plans.”

Brundle’s record is impressive. Aside from 10 F1 podiums, he won 14 international sports car races – including the iconic Le Mans 24 hours and the World Sportscar Championship.

No surprise that he lists a highlight of an illustrious racing career involved going wheel-to-wheel with Ayrton Senna in F3 and, later, in F1.

“I’ve had the privilege of driving some of history’s greatest racing cars against people like Ayrton, Alain Prost, Nigel Mansell, Nelson Piquet, Mika Häkkinen and Michael Schumacher,” he recalled.

And, on his day, Brundle beat each and every one them.

At 57, he still competes in historic races at Goodwood and, with his son Alex, in sports car races.

And does a super job with the Sky F1 commentary team.