McLaren back to tackle the Mighty Mountain 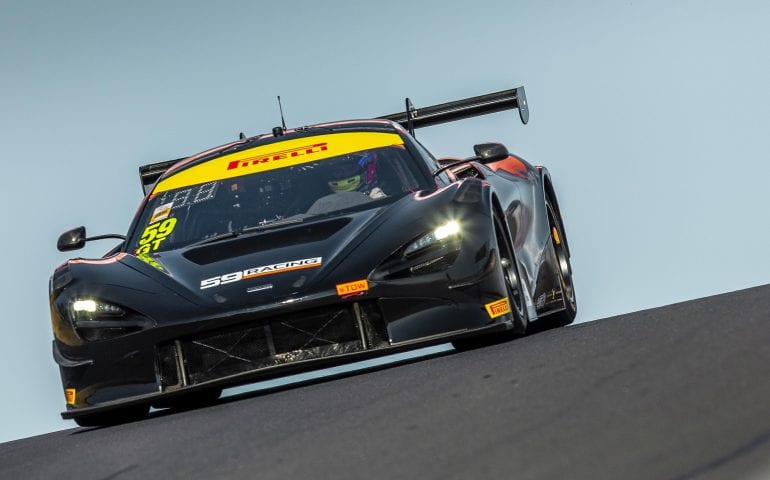 “It’s one of those bucket list circuits in world motorsport, so I’m really looking forward to driving the McLaren 720S GT3 around there,” said factory driver Ben Barnicoat, as the pressure mounts just nine days out from the 2020 Liqui-Moli Bathurst 12H.

“It’s even more exciting that it’s the first year the car has raced there,” he added. “So there’ll be some learning to do but we know the car and team are up to the task. It’s been a few years since I’ve raced there, and I can’t wait to get back.”

McLaren returns to Mount Panorama with Australian Customer Team 59Racing fielding two 720SGT3 entries. For 59Racing – only established in 2019 – Bathurst is a proving ground to build on the hard work from the past 12 months in Australian GT.

Alvaro Parente has rejoined forces with the marque he won the Bathurst 12H event with in 2016, teaming up this year with the polished Barnicoat and British racer Tom Blomqvist who finished second in the 2014 Formula 3 European Championship before a successful three-year stint in the German Touring Car series.

Blomqvist has also enjoyed success in Blancpain GT Series Endurance Cup competition, and was part of the 2018 24 Hours of Spa race winning team.