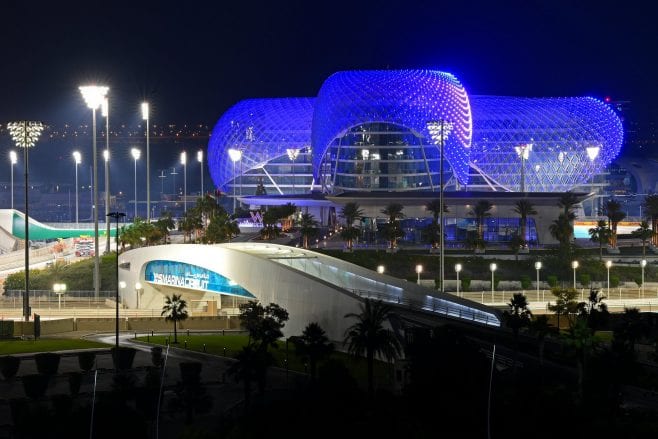 Lewis Back on Track, George Back to Reality

WITH ONE OF THE MOST POWERFUL VOICES in the game expressing doubts that the 2021 season opening Australian Formula One Grand will actually go ahead there are serious discussions underway in Melbourne. Toto Wolff, chief of the all-conquering Mercedes AMG Petronas F1 Team, has cast a shadow over the recently released 23-race provisional calendar with a reality check that COVID 19 frightener that scrunched the AGP in March this year is far from over.

It was the first time the Australian Grand Prix had not been held since 1946!

Straight-shooting Toto is simply stating the bleeding obvious – there are no certainties Australia will host the opening round.

No one knows what will happen in coming months and the teams certainly have no desire to go to the enormous trouble and expense of travelling Down Under after the debacle of 2020. The task of getting personnel and equipment airlifted and shipped to Melbourne is a nightmare.

And even the mighty F1 Machine cannot guarantee certainty. So starting the season so far removed from Europe, where teams are based, seems even less of a likelihood in these turbulent times.

There’s no doubt the Australian Grand Prix Corporation – having already spent millions on promoting the March 21-23 event, and economists this week warning the Aussie dollar is fast approaching dangerous levels – have some serious soul-searching during the Festive Season.

Could they stomach an event with no fans? I doubt it.

The Victorian Government tips a reported $60 million into the Albert Park spectacular, although it saved its money with the non event this year. But with its finances reeling after the widely condemned lockdown of its citizens, the uncertainly surrounding the pandemic and its impact on travel in the New Year, it’s in the lap of the gods.

With hard-nut politicians likely to change their minds at the drop of a hat, the future does not look rosy for the Melbourne Grand Prix. They still have to negotiate the Australian Open tennis tournament scheduled to start February 8!

Time Will Tell, So Watch This Space

Meanwhile the true story has emerged behind last Sunday’s exciting Bahrain race around Sakhir’s outer circuit – the outcome of which no one could have predicted – with Mercedes totally blowing maximum Constructors’ points, and millions of dollars.

Earlier Toto Wolff, never one to shy away from the truth, described the double-stack pit stop as “a colossal fuck up. I’m not allowed to say that, but it was!”

You’ll recall George Russell (pictured above, with Toto) and Valtteri Bottas were sitting pretty in P1 and P2 when the team called them both in under the Safety Car, to perhaps the worst pitstop in F1 history!

It meant George had to pit again a lap later, while Valtteri ended up stuck on the old set he came in on.

Speaking to Sky Sports F1 after Sunday’s race, Toto told it exactly how everyone saw it.

“Simply put, one of the tyre crews didn’t get a call. We had a radio failure in the garage and when the car came in they didn’t know to change the tyres and had the wrong tyres. This is accidentally why we had the wrong set of tyres out.”

Did One of Val’s Tyres End Up with George?

“Then we obviously had to pit again. But then the race wasn’t lost, but then one bad thing comes…

“We did need to double stack because it was a Safety Car stop. We were fine on the hards and could have stayed out, but we had the gap and this is when you do these things.

“You can question that but I think it is absolutely the right call. Still, I cannot even watch these pictures.

“Overall we were doing a good job. Technical failures happen. It wasn’t any human error.

“These things happen and we have to learn from it.”

Btw, George got to keep his first F1 points (for 9th), while the FIA added insult to serious injury by pinging Mercedes US$25,000 for his incorrect tyres!

And with Lewis on track at Abu Dhabi this weekend and George heading home to Williams, he will treasure those precious points even more now he’s facing the reality of being back to square one.

Why Pirelli Has Chosen the Tyres

After a disrupted season full of new venues and unexpected challenges, the year finishes in a familiar setting: the Abu Dhabi Grand Prix. The C3 is the compound for the P Zero White hard, C4 for the Yellow medium, and C5 for the Red soft – the same nomination as last year for the evening race.

The track surface is very smooth and about average in terms of severity, making the three softest tyres in the P Zero range suitable for the state-of-the-art Yas Marina circuit.

The Yas Marina track contains a wide variety of different corners, making it a good all-round test of cars and tyres. With extensive data on this track from races and tests, the teams already have a very clear idea about the optimal set up.

As the race starts at 5 pm local time in the middle of December, track temperatures will fall quite rapidly over the course of the grand prix as darkness sets in, affecting tyre behaviour. FP1 and FP3, by contrast, are both held in daylight.

There are no support races this year in Abu Dhabi – only Formula 1 – which will affect the amount of rubber laid down over the course of the weekend and consequently the track evolution.

“The teams are very familiar with the Yas Marina circuit, which should allow them to extract maximum performance straight away to decide the final championship positions.

“The fastest lap in the 10-year previous F1 history of the track was set last year in qualifying, so it will be interesting to see if that benchmark is lowered even further this weekend.

“There will also be an emphasis on testing: both with the 2021 tyres in FP2, which the teams previously tried on Friday in Bahrain nearly two weeks ago, and at the post-season test, which will take place on Tuesday after the Abu Dhabi Grand Prix.

“The 2021 tyre test should provide very useful data and the post-season one should allow drivers to get familiar with the car for what will hopefully be a much more normal 2021.”

Like they did in Bahrain, teams will test some 2021 tyres during free practice on Friday.

There’s also a one-day post-season test on Tuesday after the Abu Dhabi Grand Prix, mainly dedicated to drivers who have started fewer than two grands prix – but with a few notable exceptions.

Why Fernando Alonso was allowed to use this dedicated Young Drivers Test to drive for McLaren, while Carlos Sainz wasn’t permitted to drive for Ferrari is just another of those FIA/F1 mysteries that simply defies logic!

This test will use the current 2020 tyres.

The final round of the FIA World Rally Championship – to be supplied exclusively by Pirelli from next year – took place last weekend at the Monza Rally, using parts of the famous grand prix track.

My young mate Sebastién Ogier was again crowned 2020 WRC king. This pic with the Maestro was taken in 2015 when I was feeling decidedly unwell. I’m much better now, thank you very much. And so is Seb!

This weekend also hosts the nine-hour final round of the Intercontinental GT Challenge, exclusively supplied by Pirelli, at Kyalami in South Africa. Porsche currently leads the manufacturer and driver standings, courtesy of Kiwi Earl Bamber and Laurens Vanthoor – winners of this year’s prestigious Spa 24 Hours.